According to a new report from the San Jose Mercury News, Apple has joined Google and other tech companies who have pledged $2 million in cash and services to help offset taxpayer costs of hosting Super Bowl 50 in San Francisco.

The Bay Area Super Bowl Host committee announced that is has raised $40 million for the event, which will be held at the 49ers’ newly-built Levi’s Stadium in 2016. The venue is less than 15 miles away from Apple’s Cupertino campus…

The fundraising milestone comes after the committee, in trying to lure the game, last year announced partnerships with several major locally based companies such as tech titans Apple, Google, Yahoo and Intel. They each gave $2 million in cash and other services in exchange for a Super Bowl suite and publicity. It’s unclear how much the event will cost Bay Area taxpayers, but the private funds raised are expected to cover the total price tag.

In exchange for their donations, each company will receive their own private Super Bowl suite and publicity around the time of the game in 2016. It’s unclear how Apple will use the publicity, but the news has sparked some speculation. 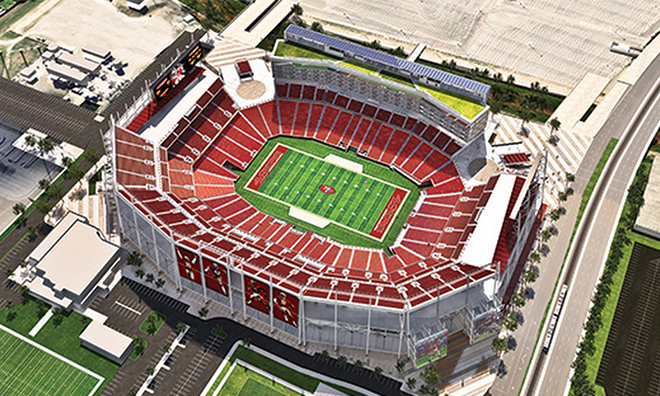 The iPad-maker once enjoyed a major presence at the sporting event, running lengthy, expensive ads during its halftime. In fact, its iconic “1984” television spot is credited with starting the trend of “blockbuster” Super Bowl commercials.

Apple last ran a dedicated Super Bowl ad in 1999, and has since opted to forgo the event. It’s possible, though, with its newly-acquried Beats brand and new marketing strategy, that it could be looking to get back in the proverbial ring.