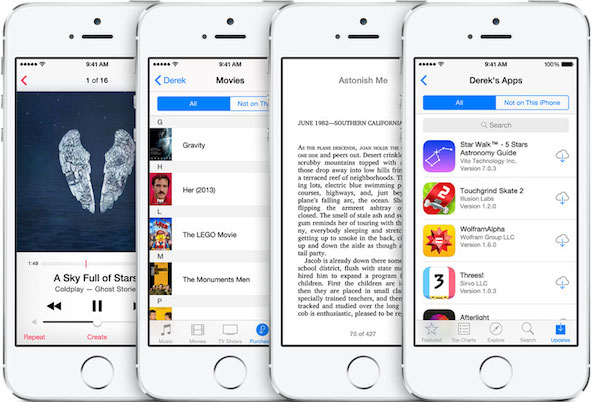 Apple has begun asking its registered Mac and iOS developers to enable Family Sharing in their apps, a feature specifically designed for the upcoming iOS 8 and OS X Yosemite operating systems. As we detailed Monday, Family Sharing allows you to share purchased iTunes media such as apps, books, music and more among up to six devices, without requiring them to use the same Apple ID as Home Sharing.

According to Apple’s email to developers, obtained by MacRumors, developers who wish to participate in the Family Sharing program must agree to the new iOS and Mac Paid Applications Agreement in Contracts, Tax and Banking on iTunes Connect. 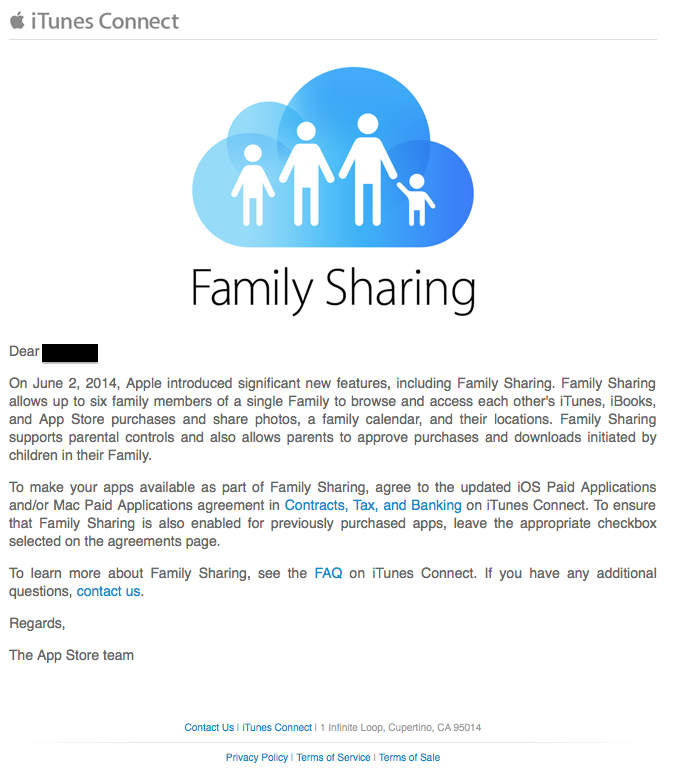 For now, Apple is only permitting developers to exclude past purchases from Family Sharing but there are indications they soon will be permitted to turn Family Sharing on and off for future submissions, on a per-item basis. Some watchers have cautioned that going forward, Family Sharing appears to be a requirement for selling in the App Store.

Of course, Apple has had a similar feature in iTunes called Home Sharing available for years now. Home Sharing lets you share iTunes media across devices authorized with the same Apple ID.

For starters, it makes it even easier to share iTunes media and apps among up to six devices that may have been purchased under different Apple IDs. And it’s awesome because it uses a single iTunes billing method of a “parent” device to approve any purchase made on device that accepted a parent’s Family Sharing invitation.

According to Apple’s iOS 8 webpage:

Family Sharing is a new way to bring harmony to your family’s digital life. Up to six people in your family can share purchases from iTunes, iBooks, and the App Store without sharing accounts.

Pay for family purchases with the same credit card and approve kids’ spending right from a parent’s device. Easily share photos, a family calendar, and more to help keep everyone connected.

For example, parents can set up Family Sharing on their kids’ devices so little Johny or Mary must first tap a button in the App Store to ask for permission to buy iTunes media. Doing so will immediately push an alert to a parent’s device asking them to remotely approve the purchase, on a per-item basis. 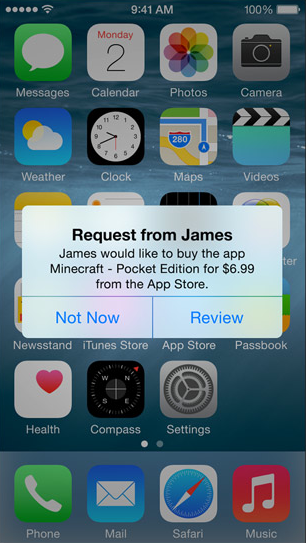 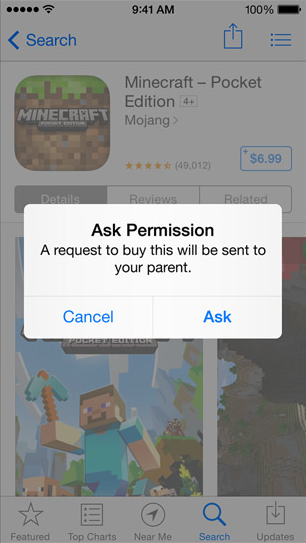 Parents can also choose to hide any app, movie, TV show or book from sharing and parental controls apply on a per-device basis as well. Family Sharing does not work at the moment for rentals, subscriptions or in-app purchases.

Will you be using Family Sharing, do you think?

I like it that Family Sharing allows me to share my apps with my Mom, who uses her own Apple ID without a billing method, without having to share my Apple ID or password with her.