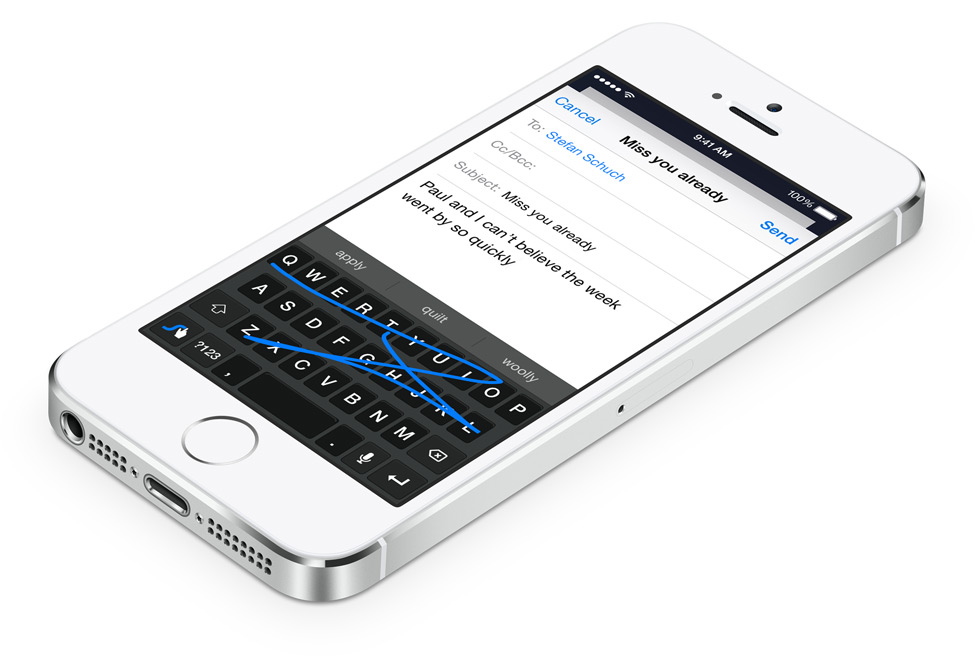 Aside from customizable Share sheets and support for third-party Share Extensions, downloadable soft-keyboards is yet another feature making iOS 8 more flexible and way more customizable than ever.

As we explained yesterday, registered iOS developers can now use Apple’s iOS 8 SDK to write software keyboards and distribute them in the App Store. And users will be permitted to download any third-party keyboard they like.

This will make it dead simple to finally use new input methods system-wide. I bet you didn’t see downloadable iOS 8 keyboards coming! Apple’s promotional graphics shown at Monday’s keynote and used on the iOS 8 webpage has already hinted at a downloadable Swype keyboard.

And just this morning, an image tweeted out by its developer has confirmed that the popular Fleksy Android keyboard will be available when iOS 8 launches this Fall…

“Fleksy is already running on iOS 8,” teases the tweet.

You can register for the beta over at the official Fleksy website and you’ll receive an email invite when it opens. 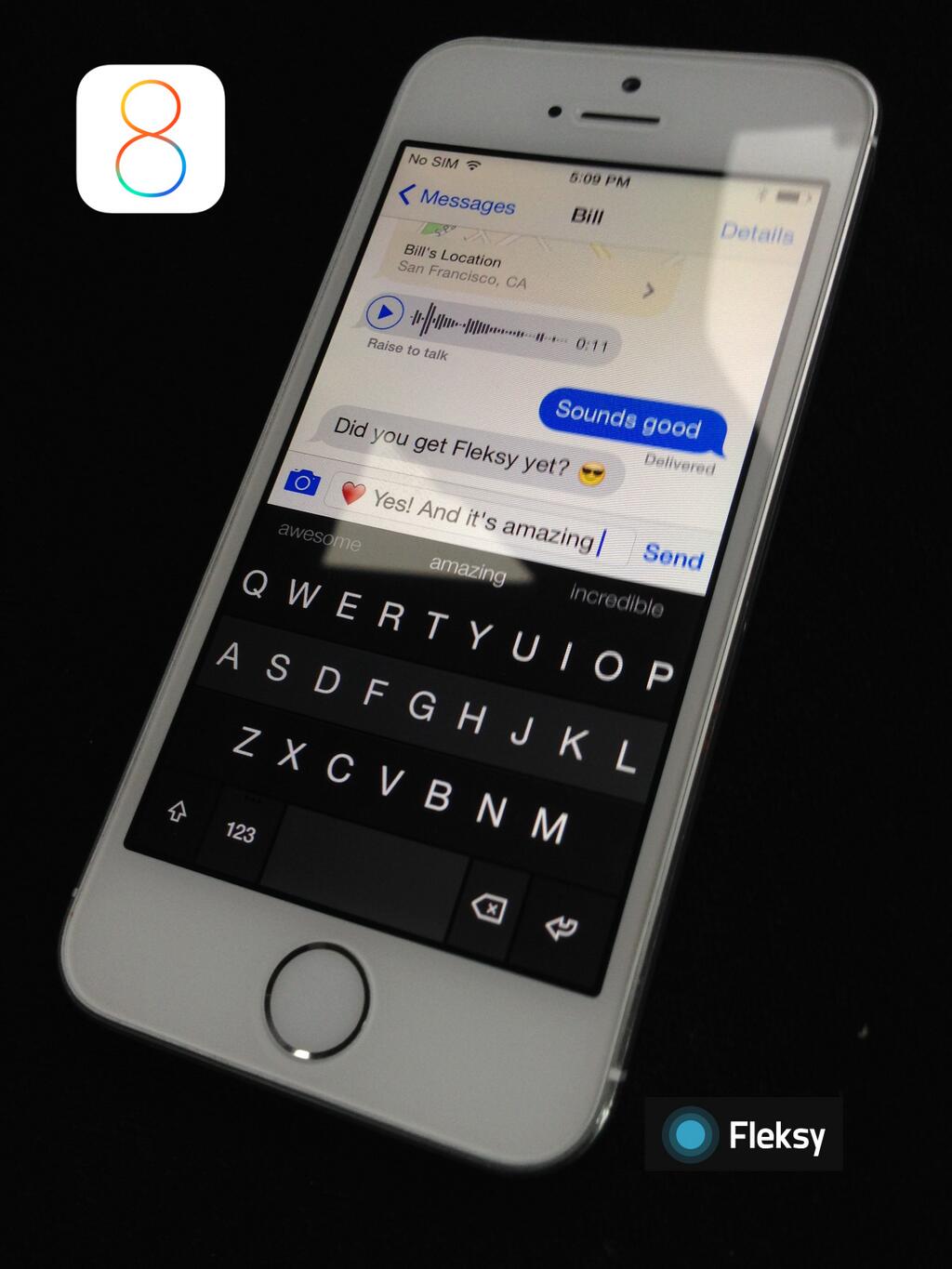 Where did the Dictation key go?

Nowhere, because iOS 8 currently prohibits programmers from developing software keyboards that access dictation by way of APIs. Moreover, soft-keyboard makers are not allowed access to Apple’s APIs for automatic capitalization and autocorrect suggestions, so developers must replicate this functionality on their own.

Although Fleksy currently offers an SDK to other app developers to implement its keyboard, with iOS 8’s support for downloadable software keyboards Fleksy’s SDK is bound to become a thing of the past.

Yesterday, Fleksy confirmed on Twitter that it has started work on bringing its predictive touch keyboard keyboard to iOS 8.

In addition to Fleksy, Swype and SwiftKey iOS 8 keyboards are in the works as well, Re/code confirmed yesterday.

iOS 8 also brings Apple’s all-new QuickType keyboard with smarter suggestions. QuickType learns from your writing style on a per app/contact basis and offers suggestions based on the slang and words you use. It will be available in fourteen languages at launch.

As for the stock iOS 8 keyboard, it’s gained support for Indian, Tagalog, Irish Gaelic and Slovenian languages. As a nice bonus, Apple is throwing in a brand new Braille keyboard for direct 6 dot braille input.