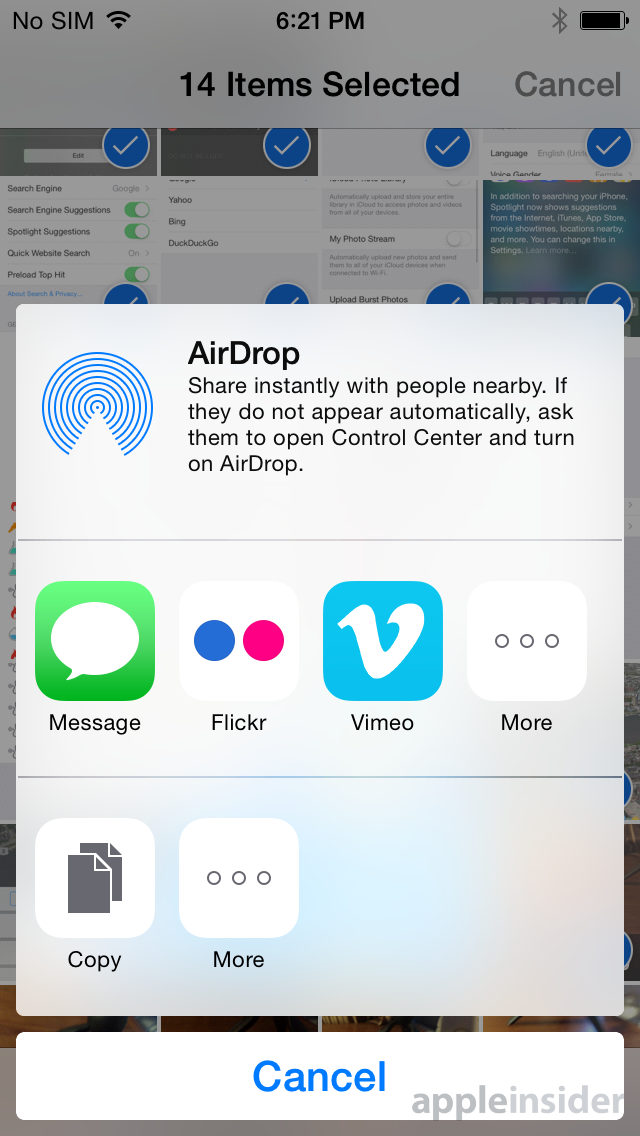 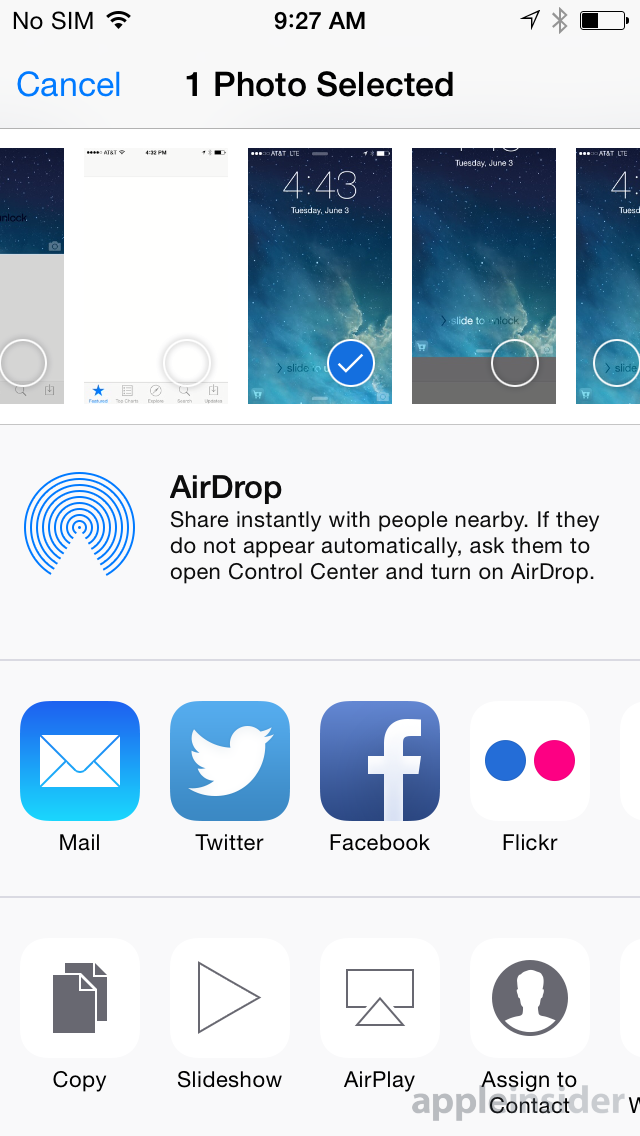 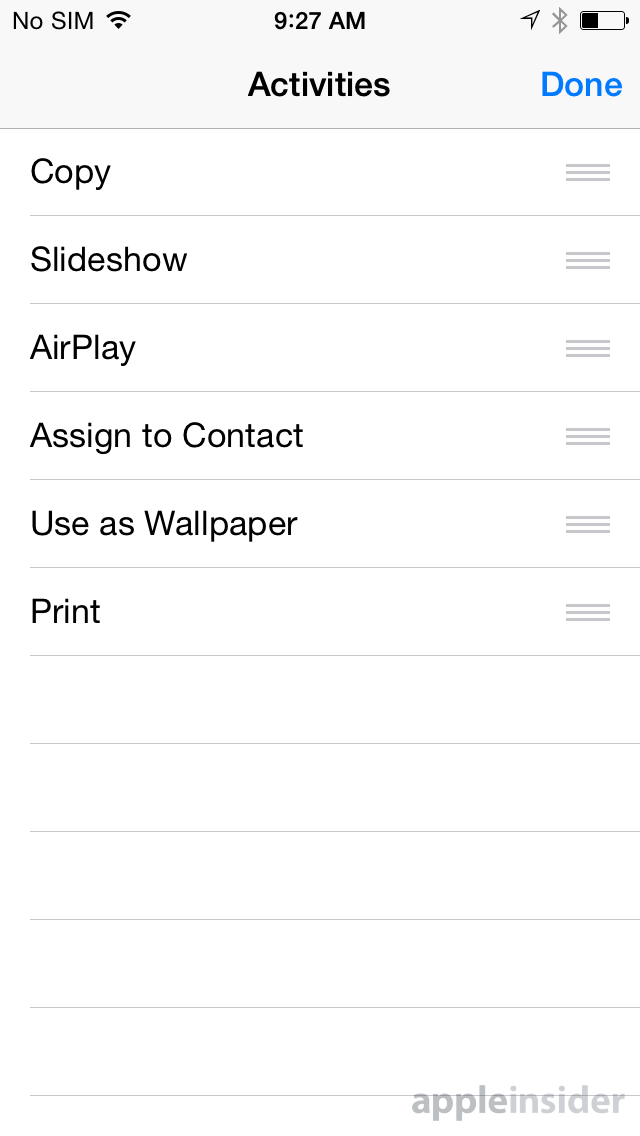 Being a heavy user of Share sheets in iOS 7, I’ve always felt that something needed to be done about the growing number of icons cluttering these menus, especially given third-party apps are allowed to add additional ‘Open In’ choices to Share sheets.

As part of its extensibility mantra, Apple has said that third-party apps are now finally allowed to install their own hooks to the multipurpose iOS 8 Share menus, making it a lot easier to add new sharing functionality system-wide.

But as installing these extensions is bound to quickly populate Share sheets, iOS 8 allows you to easily arrange Share sheet icons and even tell the operating system which extensions are available through Share sheets…

In addition to a minor cosmetic change that removes the black border around the icons in Share sheets, you can now customize the layout by tapping a brand new More button.

This takes you to a new section titled Activities where you can manually rearrange the order of third-party Share Extensions. This newly found customization capability extends to Apple’s own stock controls as well, like Copy, AirPlay, Print, Use as Wallpaper and more. 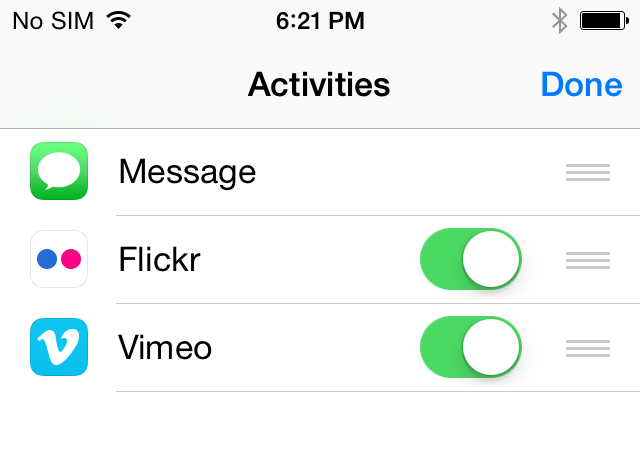 This’ll let you disable any stock or third-party Share item you don’t use.

And by dragging specific items at the top of the list, so they’re immediately available from the Share sheet, you won’t have to scroll through additional choices in order to choose often-used actions from your Share sheet.

This is one of the easily overlooked features in iOS 8 that I think will become tremendously popular as developers start bringing their own share functionality to these menus.

Why else is this important?

For starters, it makes iOS 8 more customizable and that’s a refreshing change.

And as Apple’s iOS 8 SDK now allows programmers to introduce their own Share sheet extensions, according to the iOS 8 App Extensions documentation, it’s pretty clear that Share sheets could get cluttered with dozens of items. 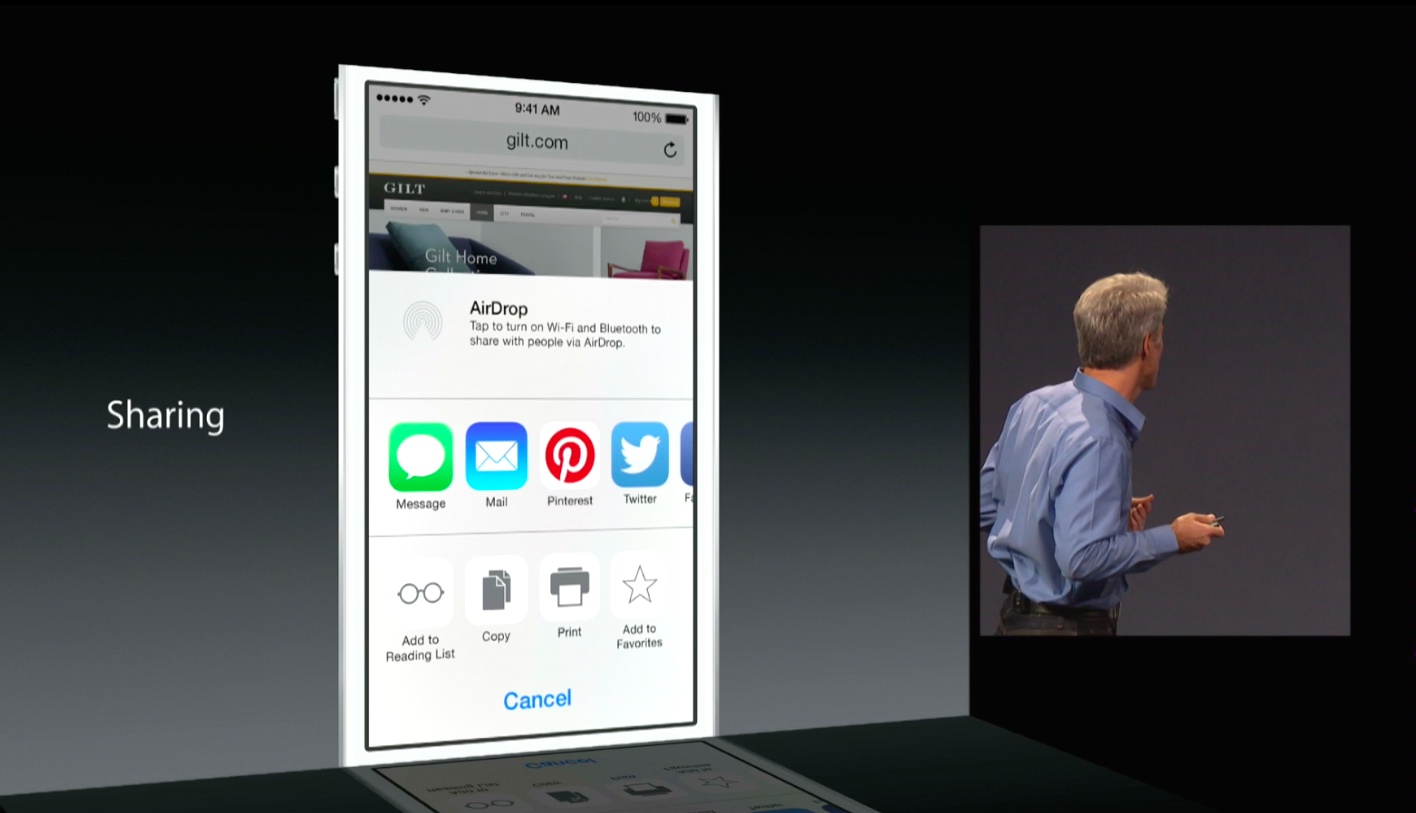 These Share Extensions will be distribute on the App Store – not standalone, but as part of app binaries. For example, the Pinterest app optimized for iOS 8 will add its own share functionality to Share sheets, as evidenced on the above slide screenshoted from the keynote.

Installing such apps from the App Store will automatically integrate an accompanying Share Extensions for system-wide use in any app through the multipurpose Share sheets.