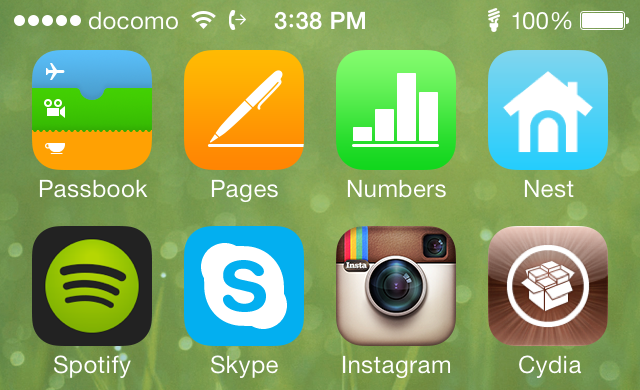 The flashlight toggle in Control Center was a great addition to iOS 7, but it always baffled me why Apple didn’t place some sort of indicator in the status bar to tell you when the flash was active. Obviously, most people can see when the flash is on, but there are certain circumstances that one can encounter, which would make such an indicator useful.

What about when you sit your phone down on a table with the LED flash covered? It’s possible that the iPhone’s battery could die due to the flash being on for a long period of time. I know that may seem far-fetched, but it has happened to the developer of this tweak, and it has happened to me on a few occasions.

Bulb is a jailbreak tweak that will help make users more aware of the status of the LED flash. It places a lightbulb indicator in the status bar whenever the flash is active. Have a look at our video walkthrough for more info.

Once you install bulb, there are no options to configure. Simply invoke your LED flash using Control Center or via other means, and you should see a lightbulb indicator in the status bar when the flash is active.

It’s a simple jailbreak tweak, but one that I, and perhaps you, will find useful. You can find Bulb free of charge on Cydia’s BigBoss repo. What do you think about it?