PopShare is a recently released jailbreak tweak that acts as an add-on to Ryan Petrich’s Action Menu. Action Menu is the legendary tool that adds a ton of extra features, including the ability to create add-ons like PopShare, to the copy and paste menu.

The idea behind PopShare is that you can highlight specific text and quickly share that text using iOS’ built-in sharing sheet. As an idea, PopShare is a good jailbreak tweak. Unfortunately, ideas don’t always translate into success, especially on the very first try. Have a look at our video walkthrough inside to see what I mean…

One would think that by selecting specific text using the copy and paste menu, you could then tap the Share button and share only that text. Unfortunately, as you can see from the video, that isn’t the case. PopShare will force you to share the entire body of the text, so you can’t just pick and choose what text you want to share. Even if you don’t select any text, PopShare will still share the entire body of the text, which is absurd. 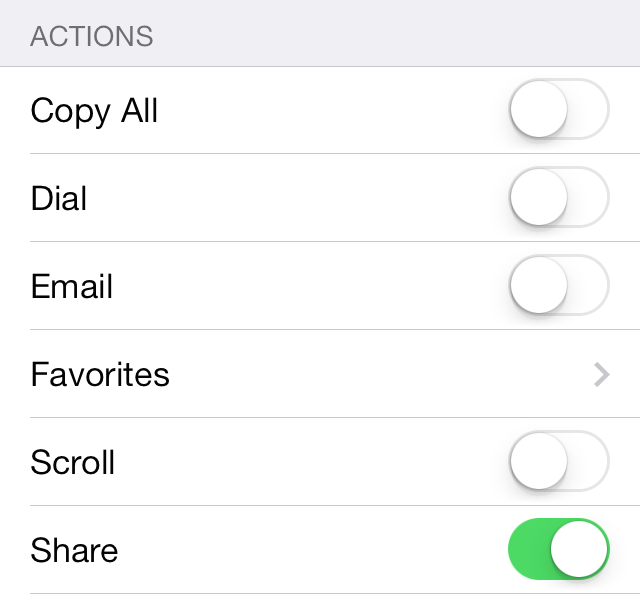 Another major bug was encountered when trying to share text via the Messages app. The Messages app loads, but then the keyboard and the body of the message immediately disappears into oblivion. Again, this is another serious bug that should be remedied before I can recommend purchasing PopShare.

PopShare is a jailbreak tweak with a good premise, but it’s killed by its own bugs. If the developer can iron out the issues with its next release, then I’d definitely be more apt to recommending it. Until then, steer clear of this $0.99 BigBoss release, and let me know what you think in the comments below.