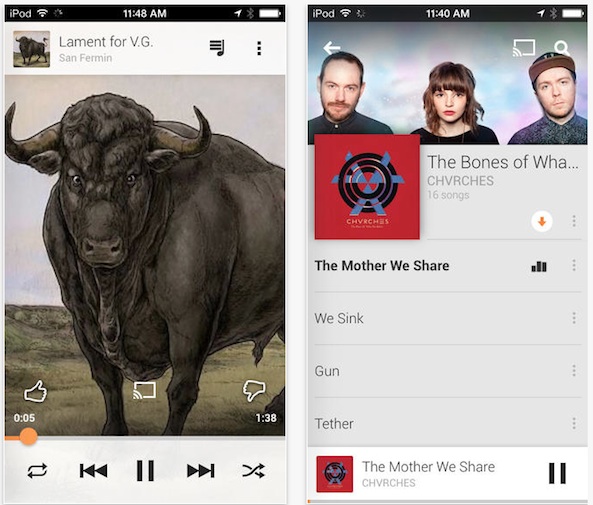 Google’s official Play Music app for iOS, in case you didn’t know, is an iPhone and iPod touch only affair as the software does not support iPads natively. That could change soon because hidden inside the code of the iPhone app, a free download in the App Store, is a native iPad interface. This indicates Google may be putting finishing touches on the universal binary which will take advantage of the iPad’s bigger canvas…

We’ve heard independently that Play Music for iPad was getting close to delivery and our tipster says this is a development build.

We pinged a contact at Google who thought it had been released already. It’s possible that this app has already been submitted to Apple and is pending release.

And this is what a pre-release version of the iPad UI looks like. 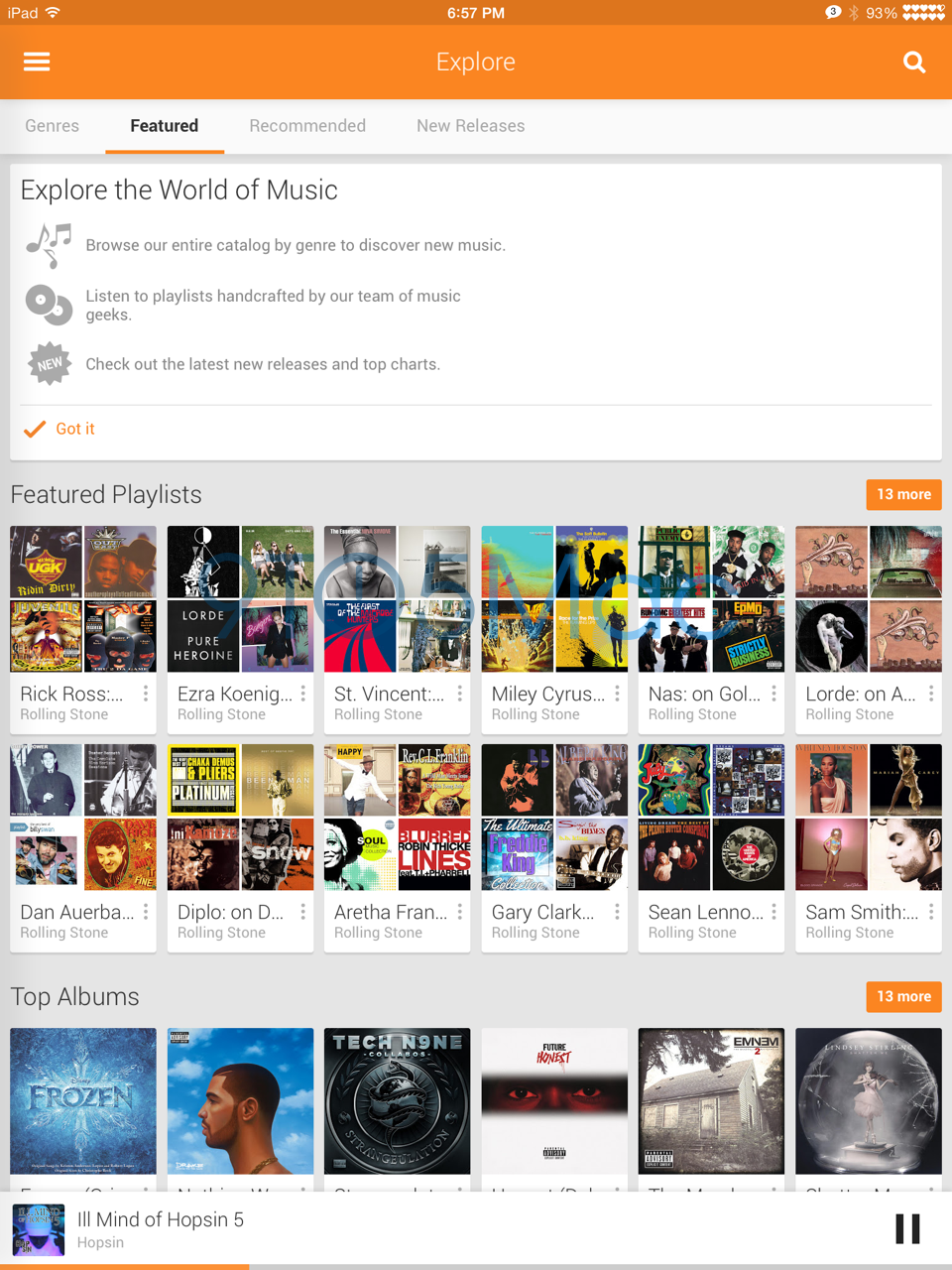 As you can see, it’s much like the iPhone version in terms of functionality, only with the bigger UI.

The app made its App Store debut last November and has since been updated a few times, adding stuff such as iOS 7 styling, the ability to drag and drop your iTunes music into the Mac client and more.

Check out a video a tipster sent to Dom.

You can add up to 20,000 songs from your personal music collection and then stream or download these tracks for offline listening to Mac, Windows or Linux PCs and iOS or Android tablets and smartphones.

The app is actually nicely done, fast and sleek and gets the job done efficiently. Google Play Music is provide in two flavors, one available free of charge and a $9.99 All Access version with unlimited song skipping, smarter recommendations, unlimited listening and the ability to created personalized radio stations from any song or artist.

A free 1-month trial of the All Access tier is available to new users.