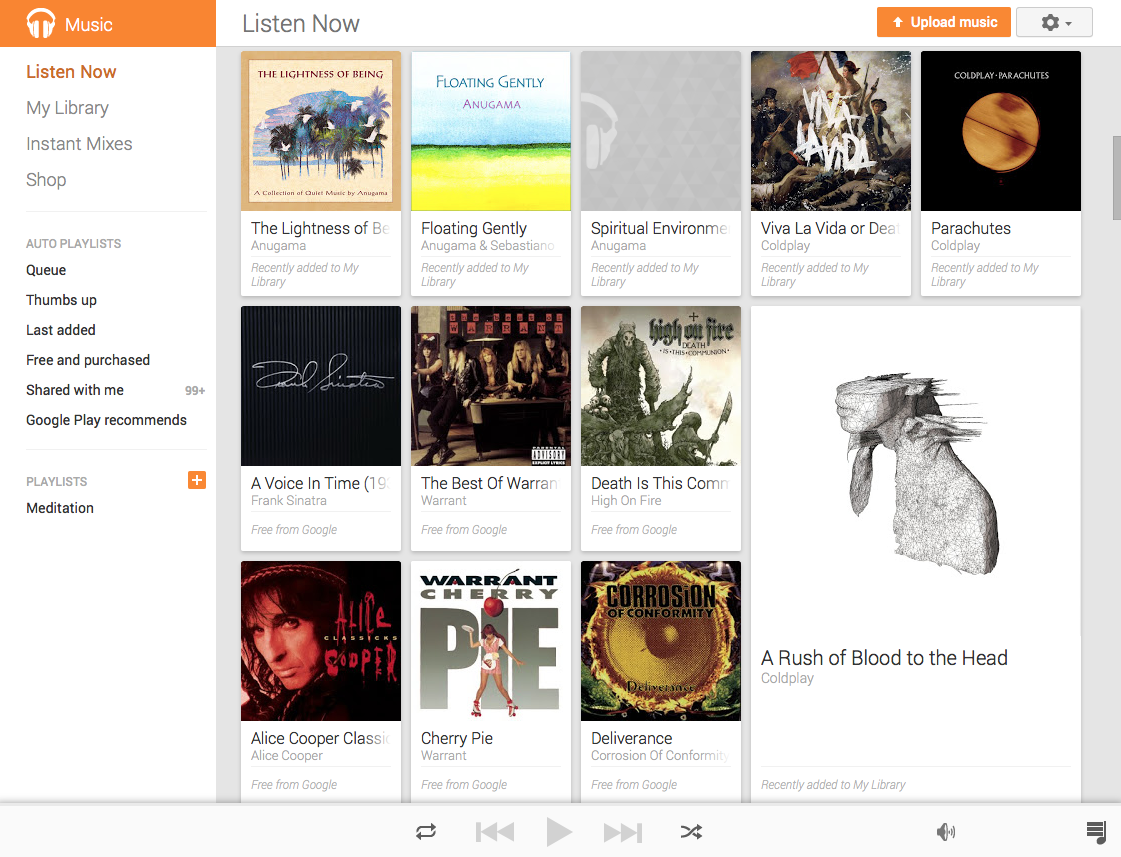 Google’s official Play Music app lets you access both Google’s subscription-based All Access and standard music services on your iPhone and iPad, but Apple-imposed restrictions prevent your iOS device from actually uploading song files to Google’s music locker in the cloud.

Desktop users can upload their music using Google’s Music Manager application for Mac and Windows PCs, but now there’s a ridiculously easy way of adding those iTunes tracks to Google Play, using only the Chrome browser.

Now available in the Labs section of the Google Play Music web interface, and only on the Chrome web browser, this nicely done web app lets you upload individual tracks to the cloud literally by dragging and dropping them from iTunes, Windows Media Player or folders…

Google says you only need to enable the ‘Google Play Music for Chrome’ lab here, making it possible to drag song files from your desktop and drop them right into your Google Play Music library in Chrome.

“If you have a lot of music in iTunes or if you want new music to be added automatically, you can configure this by clicking “Add Music” at the top right” explains the company.

On top of drag-and-dropping, Google has also created a neat mini-player inside the browser so you can see what’s playing, skip songs and download tracks, albums and playlists for offline listening directly from the web, from any tab.

To activate the mini-player, hit the arrow in the bottom right of the web interface.

That’s an awesome technology showcase of the power of modern web technologies, too bad the mini-player can’t be minimized or made to float on top of other windows.

This being a Chrome labs thing makes it work in Google’s browser only. The web app may not be available in your country because Google Play operates in select markets.

If you don’t have Google Chrome installed, you can grab the latest stable build here.

If you haven’t tried Google Music yet, I wholeheartedly suggest giving it a whirl. The service keeps up to 20,000 songs in Google Play for free, allowing you to stream tracks on the web or your mobile devices without the hassle of wires or syncing.

If you’ve tried Google Music, I want to know whether you like it or not so chime in with your observations down in the comments.