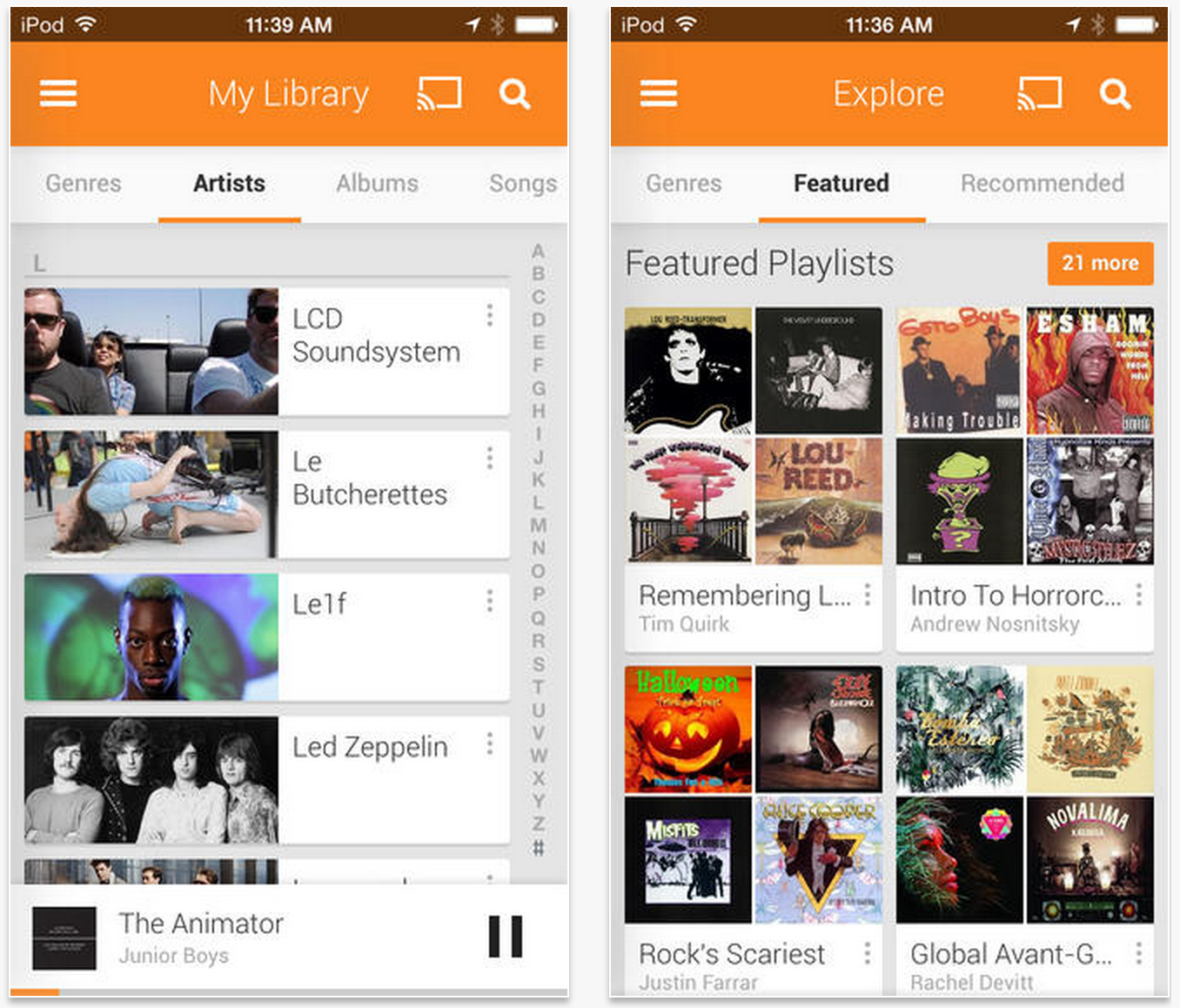 Folks trying out Google’s recently-released Play Music app for iOS will be happy to hear that a new version popped up late last night. The update, which brings the app to 1.1.0.988, brings about a refreshed UI and a handful of new features.

Among the new features is support for ‘I’m feeling lucky’ radio, which builds an instant playlist based on your listening habits, and other new radio options. Users now have access to Genre radio stations and the ability to search for them…

Released just a month ago, the Google Play Music app offers access to both Google’s All Access and standard music services. The former works just like Spotify and other like-services, and the latter lets you listen to songs stored in the cloud.

The standard service is completely free, and Google is currently offering a 30-day free trial of its All Access service. Afterwards it’ll cost you $9.99 per month. You can find the latest version of the Google Play Music app in the App Store for free.