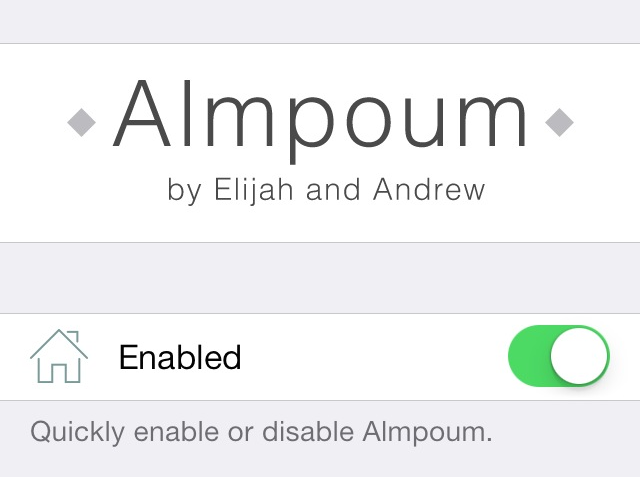 Almpoum is a jailbreak tweak for frequent screenshot takers. As you might have guessed, this is the type of tweak that bloggers, or anyone else that documents aspects of iOS, may find handy.

With Almpoum enabled, users can be prompted whenever a screenshot is attempted. The prompt contains several options—save the shot to the Photo Library, copy it to the clipboard, do both, or outright cancel the screenshot.

We’ve recorded a video walkthrough to showcase the different facets of Almpoum inside. Take a look after the break for all of the details.

Once you install Almpoum, you should head to the stock Settings app to find its preferences. The preferences for the tweak contain a kill-switch and an options panel for further configuration.

Almpoum allows you to establish a screenshot action—the thing that happens once you invoke a new screenshot—along with the ability to always copy screenshots to the clipboard, and to always save photos. 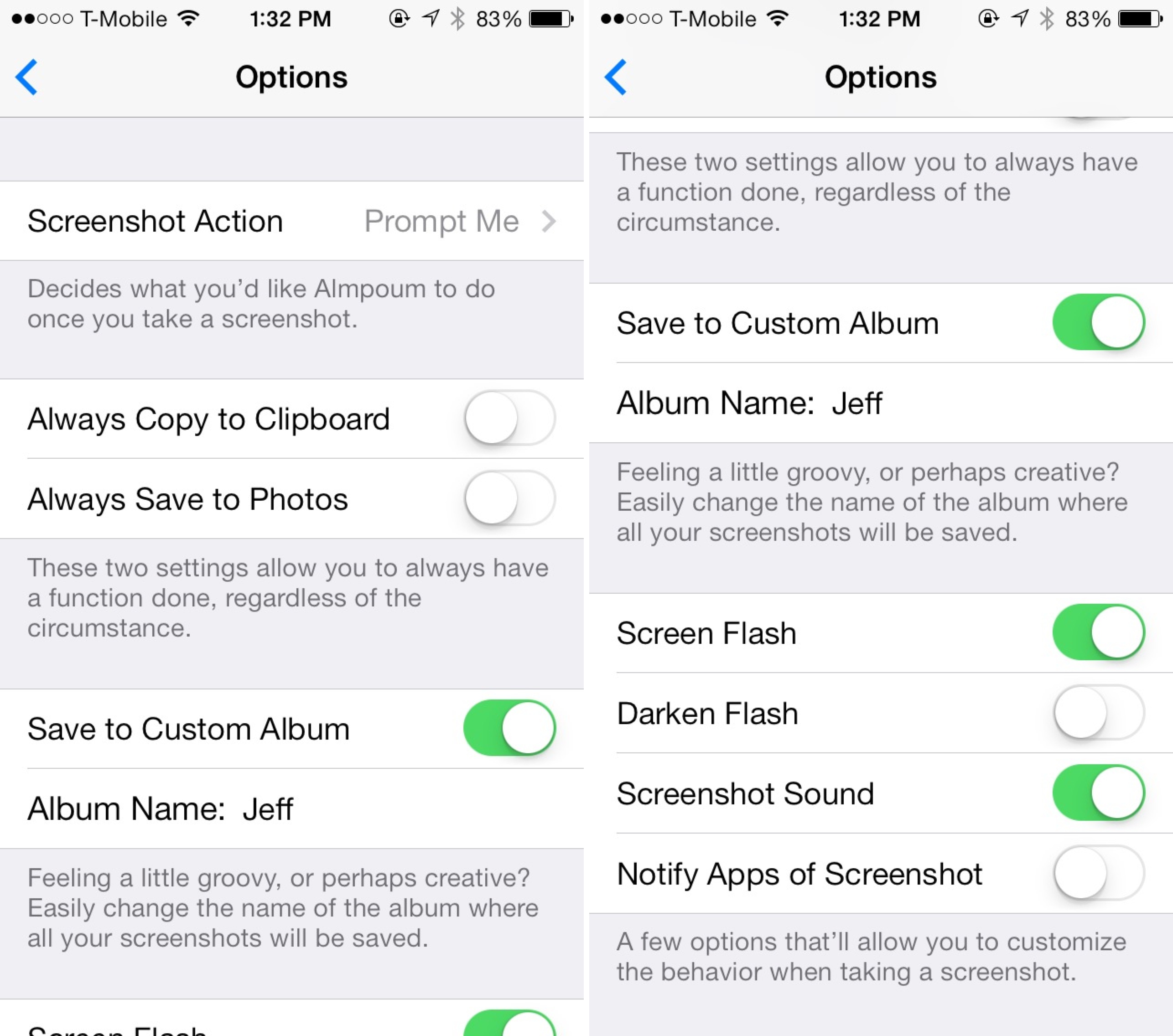 Screenshots can be saved to a custom album by enabling the save to custom album toggle. You can also change up screenshot fundamentals like the screen flash, and screenshot sound. 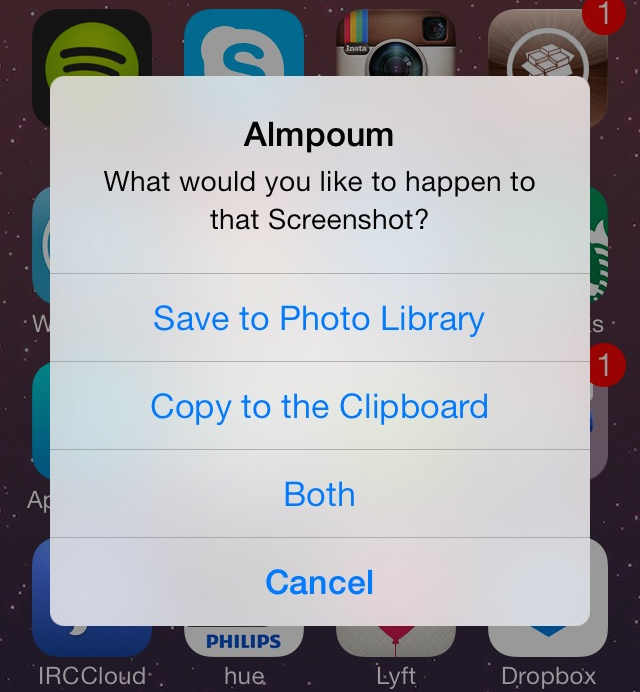 Almpoum is a useful tweak that contains quite a few features. Most users won’t find a place for all of the tweak’s features in a workflow, but you’ll most likely find at least one appealing item from its feature-set.

If you’d like to try Almpoum, head on over to Cydia’s BigBoss repo and download it today. It’s a free tweak, and it works on both iOS 6 and iOS 7. Let me know what you think about Almpoum down below in the comments.