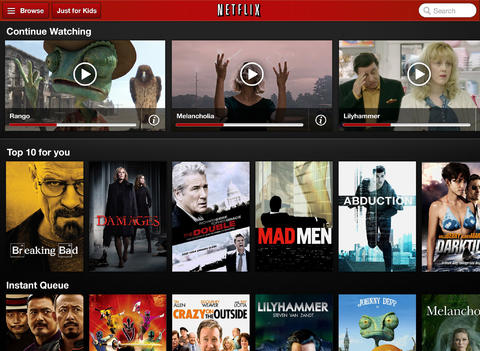 In the United States, new Netflix customers will be paying a dollar more, raising the subscription fee from $7.99 to $8.99 per month. Similar price hikes will be put in effect in Netflix’s key markets in Europe. Existing customers will be exempt from paying extra for 24 months.

Read on for the full details…

According to CNET, customers in the United Kingdom will pay an extra £1 per month, or about $1.7, with prices in Europe increasing by €1 (approximately $1.38). These price changes, Netflix’s first in nearly three years, are valid as of today, a Netflix spokesperson said in a statement obtained by The Asociated Press:

To continue adding more movies and TV shows and delivering a great streaming experience, we previously announced that we planned to increase our price slightly for new members.

That increase is happening today.

“The increase means that new customers (or existing customers still subscribed in two years’ time) will pay £6.99 per month for Netflix, or €8.99 in mainland Europe, says CNET.

The previous £5.99 per month option (about $10.1) will remain available, restricting streaming to one screen at a time and the stream resolution to standard definition. The £8.99 option (about $15.16) enables an improved Super HD resolution and allows for four screens at a time.

Existing customers pay nothing extra for 24 months, according to an email Netflix sent to subscribers. “As a thank you for being a member of Netflix already, we guarantee that your plan and price will not change for two years,” reads the message.

The old price of $8 per month will continue until May 2016 for Netflix’s existing 36 million U.S. subscribers.

Friday last week, Netflix announced that it has now started streaming shows in 4K resolution, also known as Ultra HD. This enables a whopping 3,840-by-2,160 resolution, 10-bit color precision, richer colors and framerates up to 60 frames per second.

Today, our catalog of Ultra HD 4K movies and shows is small but packs a punch: the second season of the Emmy Award winning show House of Cards, and several nature films from noted photographer and filmmaker Louie Schwarztberg.

Later this year, we expect to add another multi Emmy Award winning show Breaking Bad, and more Netflix original productions. As more content producers shift their production and mastering to create Ultra HD 4K output, and more Ultra HD 4K TVs are in the market, we’ll bring more of that content to you.

The much improved image quality needs additional throughput for the stream, so streaming in Ultra HD requires available bandwidth of at least 20Mbps, 16Mbps for the stream itself, “plus headroom for service variability.”

Netflix has long been on Apple’s platform and has a nice iPhone and iPad application, available free in the App Store.

Netflix on its part argued that these price changes will let it “acquire more content and deliver an even better streaming experience,” but I’m not so sure about that, could be just a lame excuse.

Is this price hike justifiable, do you think?

Could this be viewed as a fee related to Netflix paying a ransom to Comcast and Verizon for using their pipes to stream entertainment?