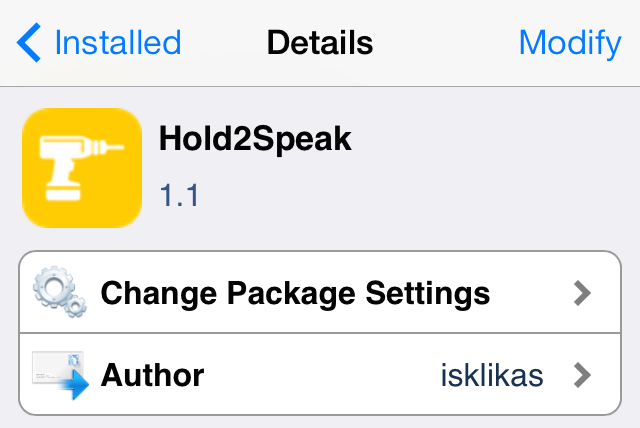 Hold2Speak has been updated with a brand new feature that has been heavily requested since the tweak originally debuted on Cydia. It now comes with the ability to initiate calls directly from the speaker phone.

As you might have heard, Hold2Speak is a concept that I envisioned, which was brought to fruition by a couple of super-nice and super-smart developers. The original version allowed users to receive calls directly in speaker phone mode, but this latest version takes the tweak to the next level. Full video walkthrough inside.

As with the original version of the tweak, Hold2Speak 1.1 features no options or settings to configure after installation. In other words, once you install it, you can begin using it immediately.

Hold2Speak isn’t a groundbreaking or game-changing tweak by any means, but it’s one of those tweaks that you’ll find to be extremely handy when the need arrises. This is a tweak that will probably always find a home on my iOS device, unless Apple implements similar functionality natively (not happening).

What do you think about Hold2Speak’s latest update? You can find it free of charge on Cydia’s ModMyi repo. If you decide to give it a try, sound off down below in the comments section.