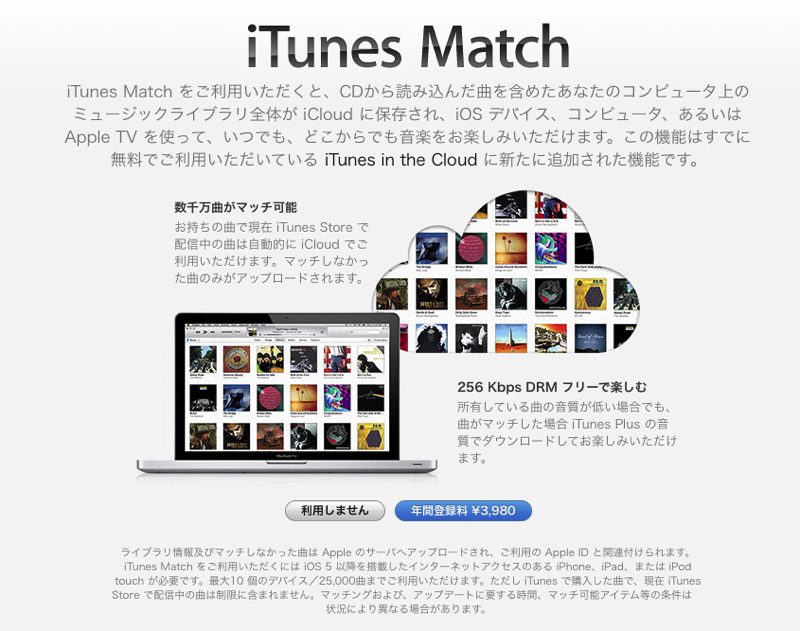 Apple continues its international expansion of iTunes services this afternoon, with the launch of iTunes Match in Japan. iOS users in the country can now access the service, which first launched in the United States back in 2011.

For those unfamiliar with the service, iTunes Match allows users to ‘mirror’ their music libraries to the cloud. This enables them to access their songs from any compatible device, without having to spend hours uploading them…

Apple is expanding its iTunes Match service to Japan, according to a MacRumors tipster and the company’s iTunes Match availability website. The service, which costs ¥3,980 per year, allows iTunes users to match their existing iTunes libraries with high quality versions of songs from Apple’s iCloud.

iTunes Match runs $25 per year in the US, and gives users unlimited skips in iTunes Radio (which isn’t available in many countries yet). The last time it expanded the service was in December, to Finland, Norway and other countries.

Earlier today, the company rolled out TV show and movie support for iTunes in the Cloud users in Germany.