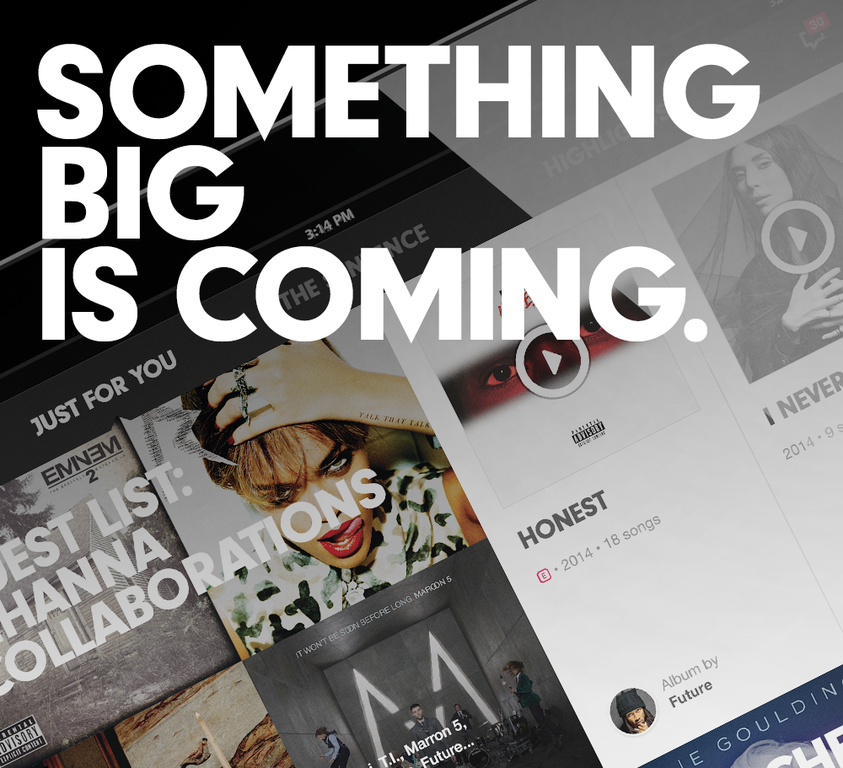 Beats Music, a new streaming music service from music mogul Jimmy Lovine, musician and producer Dr. Dre and other industry figures, is about to extend to the iPad soon.

According to the startup’s teaser image shared on Twitter – captioned with the ‘Something Big is Coming’ tagline – the iPhone-only app should soon be available on Apple’s tablet, too.

The $9.99 per month service launched on January 20 and is still struggling to hit the ground running despite an impressive set of features and a library of over 20 million songs that can be streamed on-demand to the iPhone, Windows Phone and Android devices and to your web browser…

“THIS JUST IN: Your favorite Music App is feeling ready to grow in size…literally…,” reads the tweet.

Although one can’t really tell for sure whether or not this is for an iPad app, a little birdie tells us that Beats Music is indeed launching on the Apple tablet soon.

So if the official Betas Music for iPad app is looming on the horizon, I’m going to go out on the limb here and predict that a real desktop version is in the works as well. Speaking of feature requests, a free radio service for non-paying users would be nice, too.

According to Beats itself, users thus far have created two million playlists that have generated some 690 years worth of listening hours.

An impressive 60 percent of customers use Beats Music multiple times a day, with more than half the music played coming from expert-curated playlists and the The Sentence feature.

Described as “the right song at the right time,” The Sentence can pick out music for you based on where you are, what you feel like doing, who you are with and what type/genre/mood of music you want to listen to.

One in four plays on Beats Music is from an independent label. For those wondering, indies receive the same payment as major label acts.

Earlier this month, Beats Music was updated with a curious new ability to subscribe to the service using In-App Purchases, meaning Apple is taking its customary 30 percent cut for every new in-app subscriber.

The iPhone app can be grabbed from the App Store for free.

Have you used Beats Music already and if so, what do you think of it?