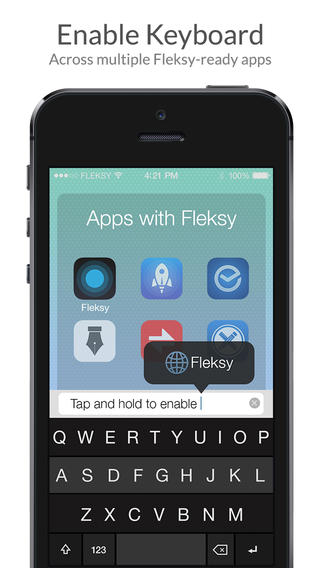 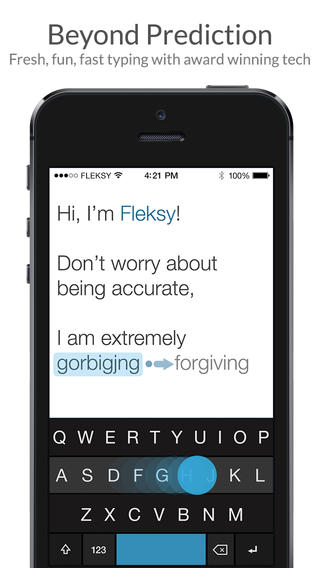 As you know, Apple has not yet opened up the iPhone’s virtual keyboard to developers so you can’t just go into the App Store and replace the stock iOS keyboard with a custom one, like on Android.

But where some see failures, others like Fleksy see opportunities. For those unfamiliar with Fleksy, it’s the first alternate keyboard with gestures available to third-party developers across the entire iOS ecosystem.

Also available on Android, Fleksy Keyboard has seen over a million cumulative downloads across platforms, with about half of the downloads coming from iOS.

The all-new look and feel has been conceived to expose functionality and create a better user experience that “complements the increased availability of Fleksy in other apps,” the team underscores in iTunes release notes accompanying the 50.2MB universal download.

The app includes a brand new tutorial section and another one dedicated to support where you can send your feedback to developers.

Additional bug fixes and performance improvements round up the list of changes in Fleksy Keyboard 3.1. 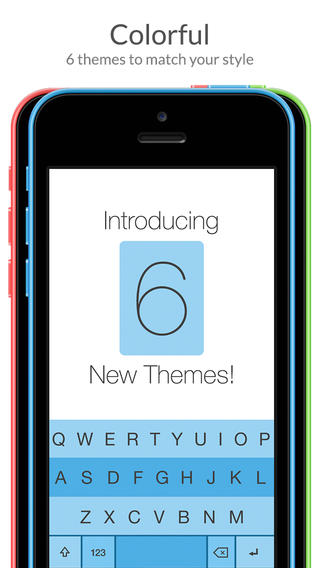 On the downside, app developers don’t get the Fleksy keyboard automatically.

Instead, they need to sign up for the official SDK (released last December) and then implement the feature. Only a handful of iPhone and iPad apps feature Fleksy Keyboard integration, among them Launch Center Pro.

According to Fleksy founder and COO Ioannis Verdelis, Fleksy Keyboard for iOS

We get about half our downloads from iOS, a platform our competitors have publicly criticized as doomed for failure for third party keyboards.

Our success shows that iOS is a genuine opportunity for really innovative keyboard technologies, and today’s major update is the first step of us doubling down our efforts on this platform.

As much as I’d want Apple to open up more of iOS to third-party developers more quickly, including the keyboard subsystem, we’ll just have to wait and see what the future holds.

Best thing you try out Fleksy Keyboard for yourself – it’s free in the App Store.

If you’re jailbroken, you can overcome the limitations of iOS by installing a new jailbreak tweak called Fleksy Enabler which will enable the Fleksy Keyboard in stock apps.