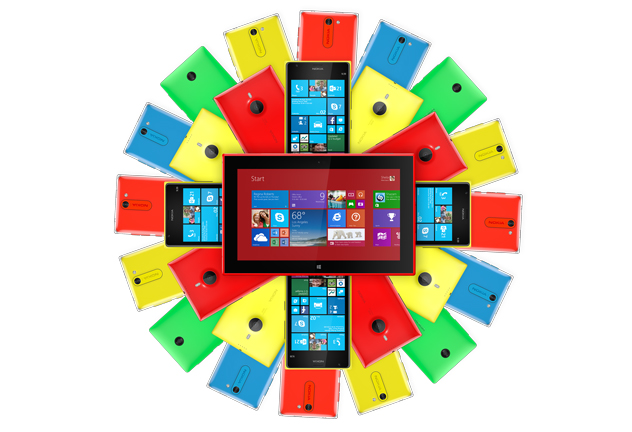 Windows Phone often gets relegated to the Others category in global smartphone surveys: currently, it’s a distant third, after Android and iOS. The new ad, entitled ‘Not Like Everybody Else,’ plays on Microsoft’s underdog status by promising a bunch of colorful smartphones and tablets that should draw attention and make heads turn…

“It’s what sets us apart from our competitors and what many of you love about our design ethos,” says a post on the Nokia Conversations blog.

“Today, everything just became a lot more colorful,” Microsoft writes in the ad’s description on YouTube.

‘Not Like Everybody Else’ by The Kinks from the band’s Rock Bottom album, available on iTunes.

It’s interesting that Nokia has officially confirmed it will continue making the Asha family, the Lumias and the Android-driven Nokia X family. 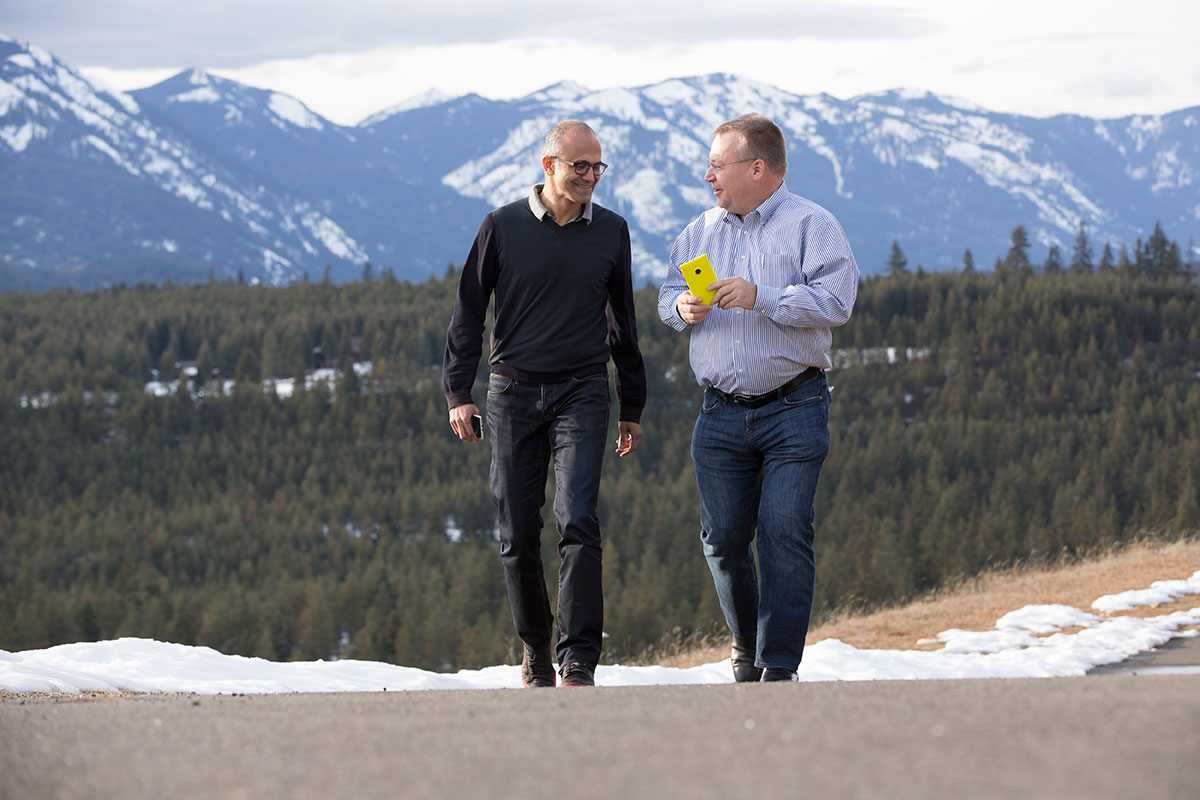 More on the merger can be found in Microsoft’s and Nokia’s blog posts. As charted below, Nokia under former CEO Stephen Elop’s short-lived leadership has crashed spectacularly, having lost precious market share and bled tons of cash.

According to the latest 12-week figures from Kantar Worldpanel ComTech, Windows Phone accounted for just 1.8 percent in the United Kingdom, France, Spain, Italy and Germany. In the United States, Windows Phone took just 5.3 percent of sales (Australia: under six percent; China: one percent:; Japan: under one percent). 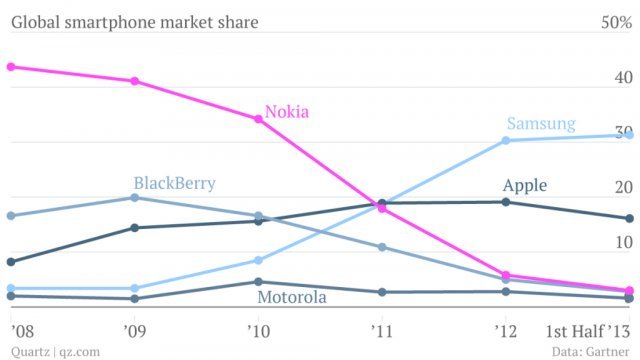 How Nokia crashed during the first half of 2013. Data: Gartner.

Microsoft Mobile Oy is a legal construct that was created to facilitate the merger. It is not a brand that will be seen by consumers.

The Nokia brand is available to Microsoft to use for its mobile phones products for a period of time, but Nokia as a brand will not be used for long going forward for smartphones. Work is underway to select the go forward smartphone brand.

This is unfortunate, if you ask me.

The Go forward smartphone brand sounds easily forgettable to me.

Elop, who as executive vice president now heads the Microsoft Devices Group, is assuring fans that Microsoft won’t use complicated branding like the ‘Nokia Lumia 1020 with Windows Phone on the AT&T LTE Network’ as some other device makers do.

This part from a Q&A with Elop is gold:

Q: You’re so cool killed Nokia …Thanks to you, Meego, Symbian, Meltemi buried …Once you get it all comes back to haunt

Stephen Elop: Thanks, I know that there is a lot of emotion around some of the hard decisions that we had to make. Back in late 2010 and 2011, we carefully assessed the state of the internal Nokia operating system efforts.

Unfortunately, we could not see a way that Symbian could be brought to a competitive level with, for example, the iPhone that had shipped THREE years earlier!

And the Meego effort was significantly delayed and did not have the promise of a broad enough portfolio soon enough. We had to make a forceful decision to give Nokia the chance to compete again.

Nokia used to be way more than a brand.

To a lot of people – this author included – the Nokia name represented a culture, a way of life if you will. That said, I think Microsoft would be foolish to abandon the brand and instead market devices as Windows Phone-something.

Should Microsoft leverage the Nokia brand for new devices or push Windows Phone one?