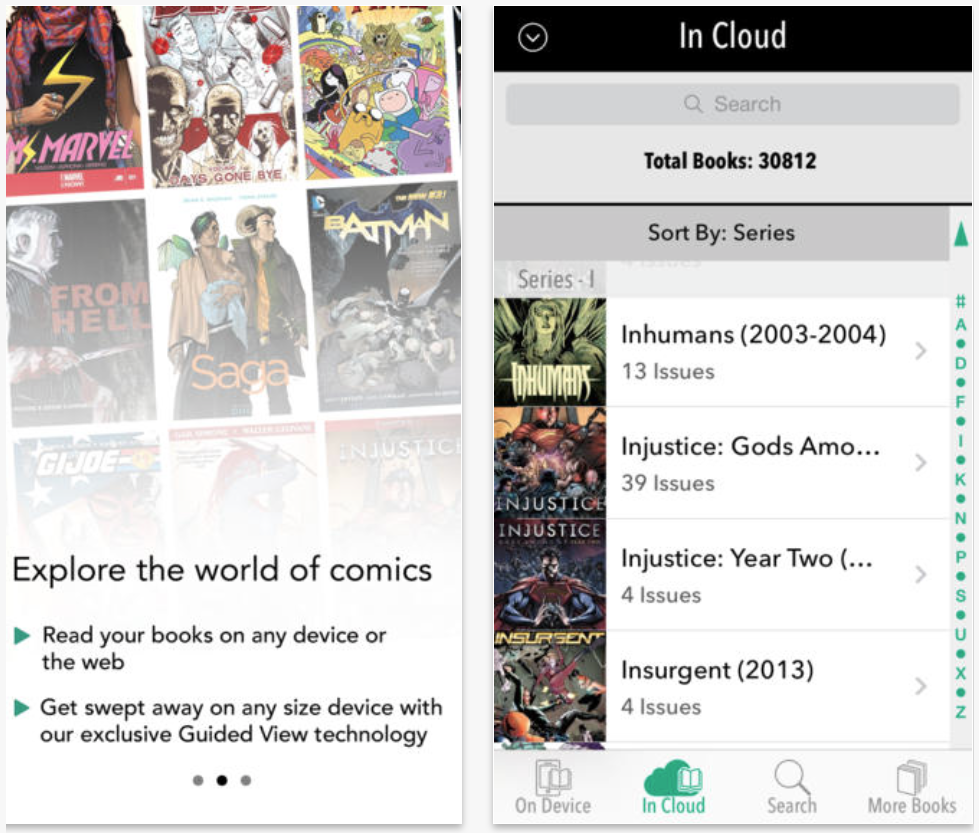 ComiXology, the leading digital comics platform, has launched a new application for iOS today. The company sent out an email to customers this morning announcing that the old app is being retired, and a new one is now available. The biggest difference between the two, it seems, is that the new app does’t allow in-app purchases.

The change is noteworthy, as the ComiXology app has long been one of the top-grossing iPad titles in the App Store, and it comes shortly after Amazon acquired the comics platform. It’s not surprising though, as it’s the same strategy the e-commerce giant takes with its Kindle iOS app, in an effort to circumvent Apple’s 30% cut…

Here’s the notice users are receiving (via MacRumors): 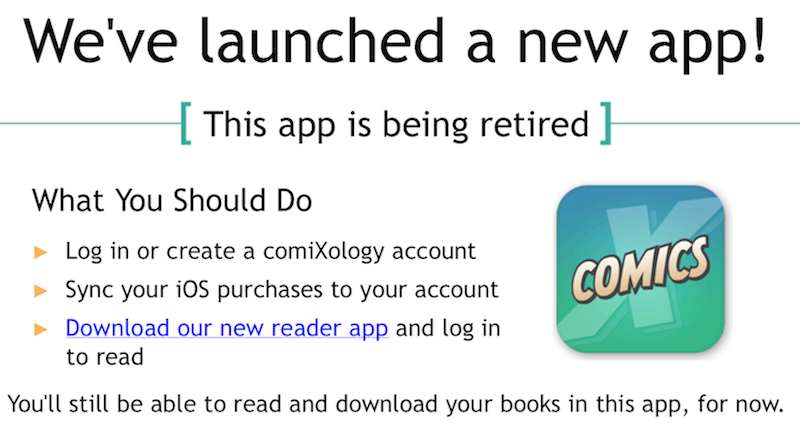 The site recommends that users back up their purchases through their ComiXology account, as the legacy app will continue to work (for downloading and reading books) for a limited time. And there’s been no word yet on if Marvel and DC Comics apps will see a similar fate, as both are powered by the ComiXology platform.

For those unfamiliar with the service, ComiXology offers access to over 50,000 comics, from both major and independent publishers, via its website and mobile apps. In its statement on the buyout, Amazon’s vice president David Naggar said “Amazon and comiXology share a passion for reinventing reading in a digital world.”

You can find ComiXology’s new app ‘Comics’ in the App Store, for both the iPhone and iPad, for free.