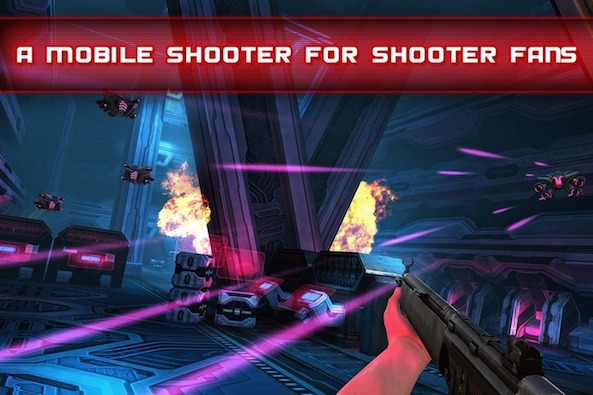 What do you get when you combine an awesome science fiction storyline with a well-made first-person shooter (FPS) game? You get a bunch of diehard fans that will play till their eyeballs pop out of their heads.

Isolani is an FPS that just about has it all. It looks great, plays great, and has a storyline that should be turned into a sci-fi novel. To top it all off, the game features auto fire so you don’t have to waste time tapping the screen to shoot…

The game starts you off in the middle of a firefight against some pretty scary looking baddies. After a short cinematic, your character wakes up in a cryogenic chamber with an unknown voice narrating the exposition. It turns out that you’ve been attacked and lost your memory. During your escape, you will learn how to move, fire, and interact with objects. You’ll also learn about the destruction of the universe due to over-mining of stars by artificial intelligence. Doesn’t that sound like it would make a great movie starring Vin Diesel? 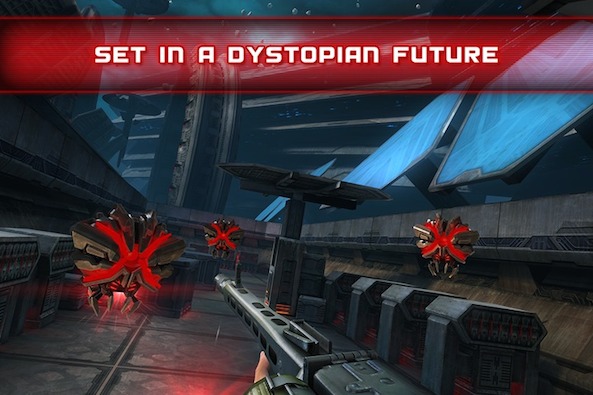 Players go through a series of enemy attacks, moving from room to room along the way. You will use only one type of gun on each level at first, but will eventually be able to rotate different weapons.

To move, use the virtual joystick on the left side of the screen. To look around, drag your right-hand finger around on the screen. When an enemy is in your crosshairs, your weapon will automatically fire. The only work you have to put in is aiming, which is just challenging enough to keep you motivated without feeling like the controls are bad. 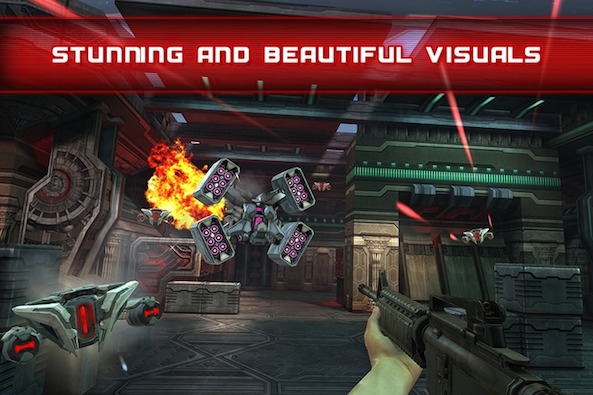 If you want more control over when the gun shoots, you can tap the trigger yourself. The weapon will still auto fire when the enemy is in the crosshairs, but you can get more of a spray effect if you just let the bullets fly. If you really don’t like the auto fire feature, you can disable it in the settings section

In each section, there will be a number of bots that you must destroy before moving on. When you kill all the robots, a door will open to allow you to move on. You will repeat the process until you get to the exit.

The game appears to be completely free to play. However, I noticed that there are additional episodes to unlock, which may cost money. I still have not completed the first episode, so I’m not sure what happens when you get to the second.

Isolani is available on the iPhone, iPad, and iPod touch for free. Download it in the App Store today.