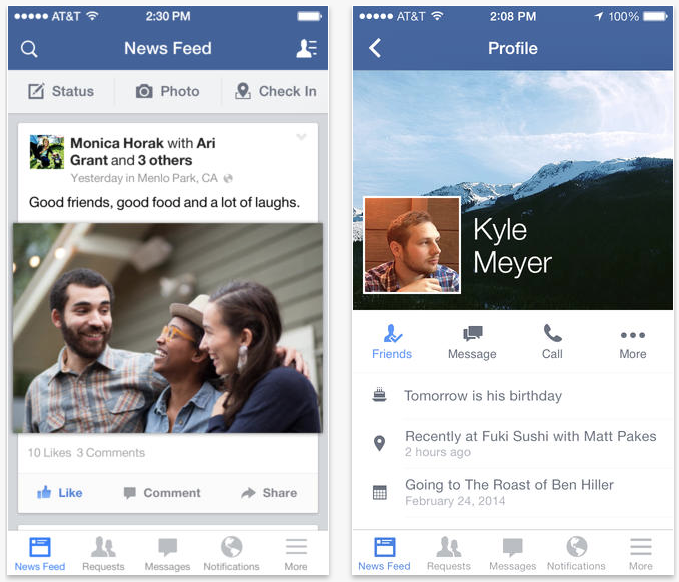 Facebook rolled out an update for its iOS client this evening, bringing the app to version 9.0. The update brings about a handful of new features, including the ability to reply directly to comments.

The ability to reply directly to comments has been a wish list item for users for quite some time. Don’t get too excited though, it’ll only be available on select Pages that have enabled the feature…

What’s New in Version 9.0
• Reply directly to comments on stories by Pages that have this feature turned on
• Group admins can easily review and approve pending posts by group members
• See posts about trending topics highlighted in News Feed on iPad

Earlier today, Facebook announced another new feature that will soon be hitting iOS called ‘Nearby Friends.’ Similar to the Find My Friends app, the feature will notify users when their friends are close by.

At any rate, if you’re interested, you can pick up the latest version of Facebook in the App Store for free.