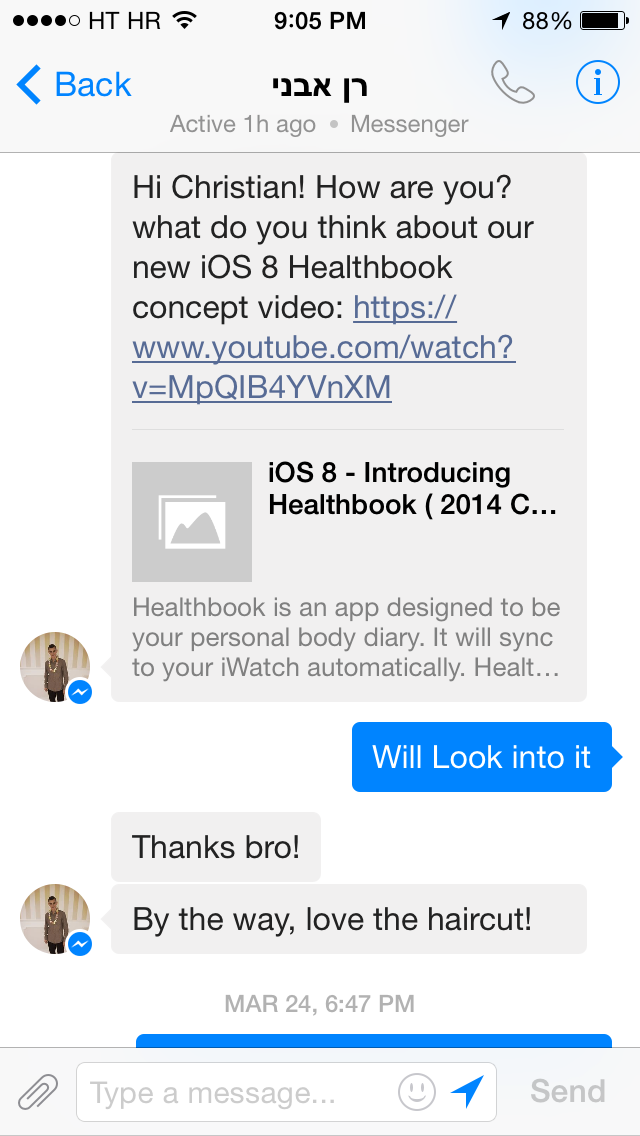 That’s because the social networking giant is reportedly gearing up to kill chatting in its main iPhone and iPad application (available free in the App Store) and force users to download the nicely done Messenger software, also a free download.

The writing has been on the wall ever since Facebook revamped the Messenger app and rechristened the full-featured messaging tab in its mobile client as ‘Messenger’. Instead of showing your messages, tapping that tab yanks you out of the Facebook app to launch Messenger…

TechCrunch has learned that the upcoming change will affect Facebook’s iOS and Android client:

Facebook is taking its standalone app strategy to a new extreme today. It’s starting to notify users they’ll no longer have the option to send and receive messages in Facebook for iOS and Android, and will instead have to download Facebook Messenger to chat on mobile.

Although folks who didn’t have Messenger installed on their device could still chat inside Facebook’s main mobile apps, that’s not going to be an option going forward – you’ll just have to download the standalone Messenger app in order to chat with your friends on Facebook.

Notifications about the change are going out to some users in Europe starting today, and they’ll have about two weeks and see multiple alerts before the requirement to download Messenger kicks in. Eventually, all Facebook users will get migrated to this new protocol.

Those who can’t stand Messenger and hate Facebook’s main iOS client should consider switching to Paper as their main Facebook app. On top of messaging integration, the software is very snappy and has a modern user interface.

By the look of things, I think it’s fairly safe to assume to Facebook is aiming to eventually replace its terribly outdated iPhone and iPad client with Paper. 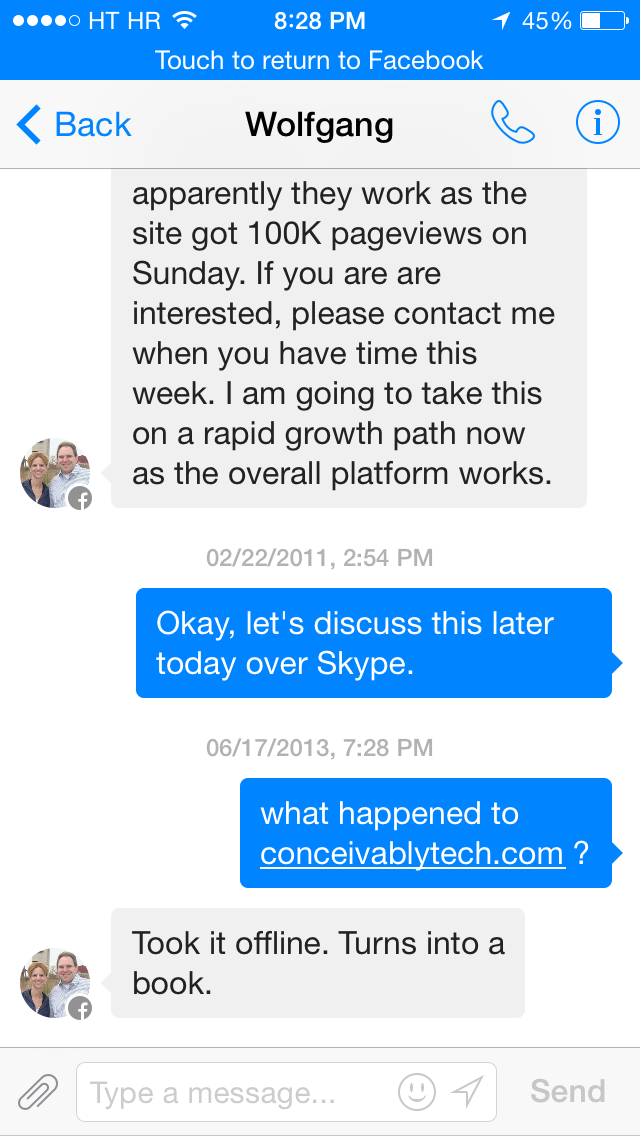 The Messenger tab in Facebook’s iOS app (left) and the ‘Touch to return to Facebook’ bar in the Messenger app (right).

By the way, one of the common culprits of the iPhone’s battery drain is Facebook’s main iOS client. The app has been found to drain your battery by constantly polling your location in the background. Luckily, there’s an easy remedy: you should see noticeable battery improvements after disabling Location Services and Background App Refresh for Facebook in your iOS Settings.

As for TechCrunch’s report, has the removal of the messaging feature from Facebook’s main app angered you already? Do you care at all?