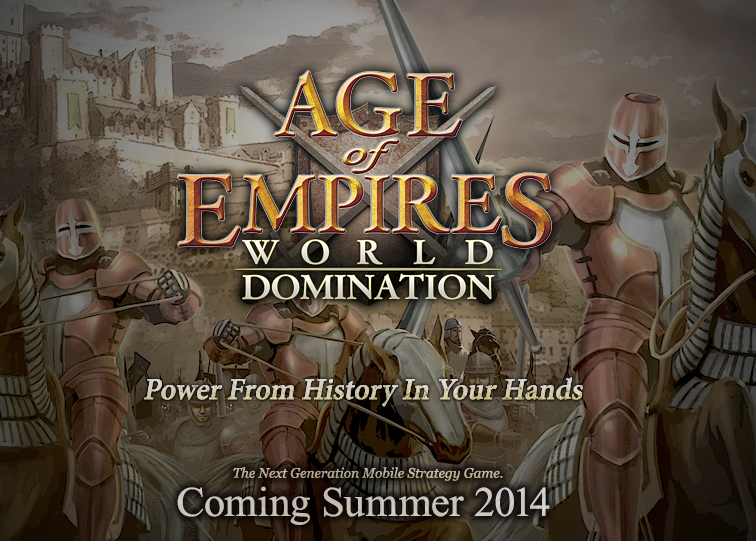 Last summer we noted that development studio KLab had reached a licensing deal with Microsoft to bring its popular Ages of the Empire franchise to mobile devices. And today, KLab gave the game an official title and a vague release date. ‘Ages of Empires: World Domination’ is coming to iPhones and iPads this summer…

Over the last year, KLab has been hard at work developing a new experience under the Age of Empires brand that mobile fans around the world can look forward to. The game is expected to launch globally in English in summer 2014 on Windows Phone, iOS and Android followed by Chinese, Japanese, and other languages.

Age of Empires: World Domination expands the award-winning Age of Empires™ series by building an intuitive, yet deep, mobile strategy game. In the game, players create an empire by commanding all-time favorite heroes and civilizations. Players will also experience intense battles that allow them to deploy advanced tactics with simple and intuitive touch gestures.

Users who are interested in the game can register to receive early updates and access to exclusive information. KLab also says that it plans to provide a first-look at Ages of Empires: World Domination at Penny Arcade Expo East this year, and hopes to launch the title on iOS, Android and Windows Phone this summer.