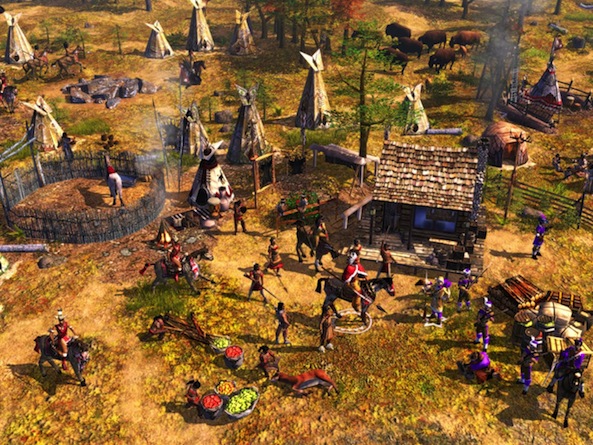 It appears that Microsoft is really warming up to the idea of launching apps on Apple’s mobile platform. Last week, it released Office Mobile for the iPhone, and today comes word that the Redmond company is looking to bring a number of games to the handset as well.

Reuters is reporting this afternoon that Microsoft is planning to port several of its Xbox and Windows games to the iPhone this year. It’s apparently contracted Japanese gaming firm KLab Inc. to handle the heavy lifting, and its first title will be Age of Empires…

“Microsoft Corp will offer its console and computer games for Apple Inc’s iPhone and other smartphone platforms this fiscal year, through a tie-up with Japanese smartphone game maker Klab Inc, the Nikkei said on Monday.

Through a licensing deal, Klab will bring Microsoft’s Xbox and Windows-based computer games to the iPhone and smartphones using Google Inc’s Android operating system, according to the Nikkei.”

Microsoft’s popular ‘Age of Empires’ title, the report continues, will be its first mobile port. It will be offered as a free-to-play game, supported by a bevy of in-app purchases, and should be available on iOS and Android smartphones by the end of this year.

Of course, Microsoft has already released a handful of games for the iPhone including Kinectamals and Wordament. But when you start talking about popular PC and Xbox games, like Age of Empires, things get a lot more exciting. Here’s hoping they do them right.

What do you think about MS offering games for the iPhone?