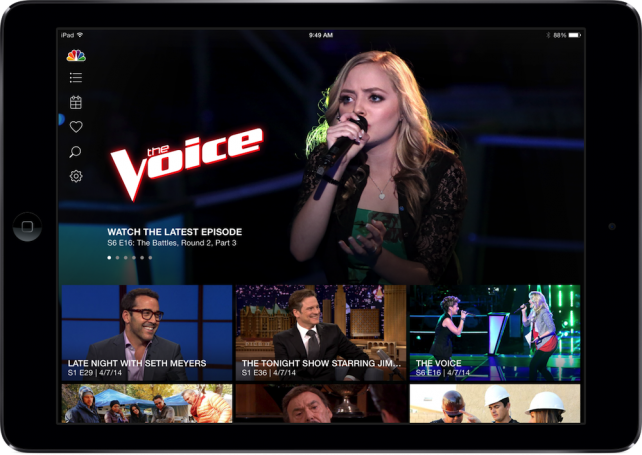 Cord-cutters are well aware that the National Broadcasting Company, or NBC, is one of the rare few broadcasters that allow for free streaming of their shows right after they’ve aired on television, no cable subscription required.

The company has a nice iOS application which has received an interesting little update earlier today with support for wireless content streaming to the Apple TV, via Apple’s AirPlay technology.

As a result, you can now send such shows as The Tonight Show Starring Jimmy Fallon, Days of our Lives, The Blacklist and About a Boy to your big screen TV, through Apple’s $99 media-streaming box…

NBC version 2.5.1 now supports AirPlay Mirroring, allowing you to wirelessly transmit whatever’s displaying on your iPad, iPhone or iPod touch to your big screen via the Apple TV.

In addition to AirPlay streaming, this edition of the NBC app includes a new Trending Clips section.

Again, you don’t need a cable subscription to stream full episodes (over Wi-Fi or cellular) of the latest NBC shows for free or enjoy daily highlights and previews from your fav NBC late-night shows. 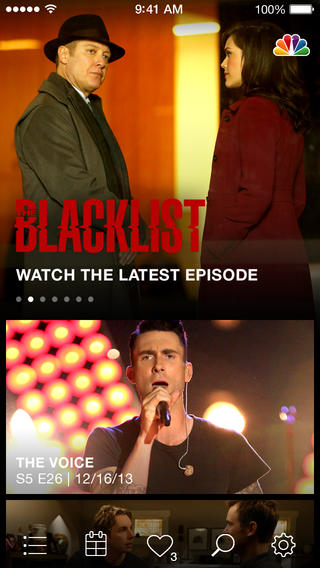 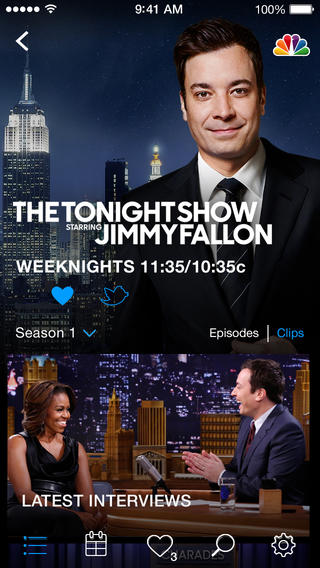 Due to licensing restrictions, free shows are unavailable to viewers outside the United States.

NBC is a major company, the oldest major broadcast network in the United States, so I find the timing of this announcement rather peculiar.

Download NBC for iOS free in the App Store.