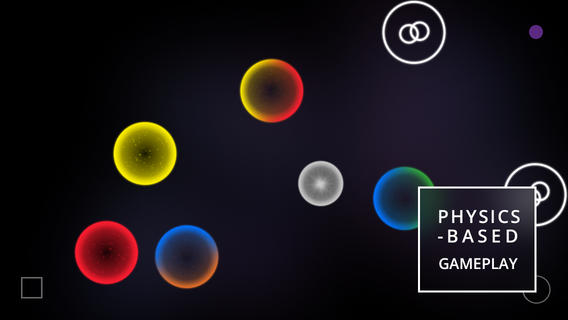 Kotoro is a puzzle game that combines a similar game mechanic as Osmos, but uses colors instead of creatures.  Mix colors to create new ones. Don’t mix the wrong ones or you won’t be able to get the right hue…

Players start with a white orb. The goal is to combine the available colors and end up with a specific one. For example, the goal may be to end up with green. Combine blue and yellow to achieve the goal. 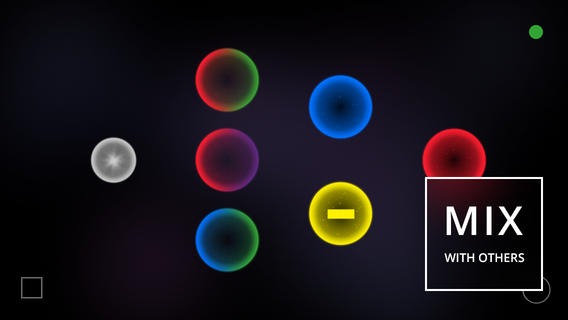 Each level offers a different puzzle with different combinations of colors. There are also orbs that have minus symbol inside of them. Those orbs subtract the color. For example, if you combined yellow and blue to make green and combined it with a yellow subtraction orb, it will revert to blue.

As you progress, the levels become harder. There may be five orbs, some primary colors and some secondary colors. The goal color may be primary, so you’ll have to figure out how to remove a color from an orb while still ending up with the right hue at the end. 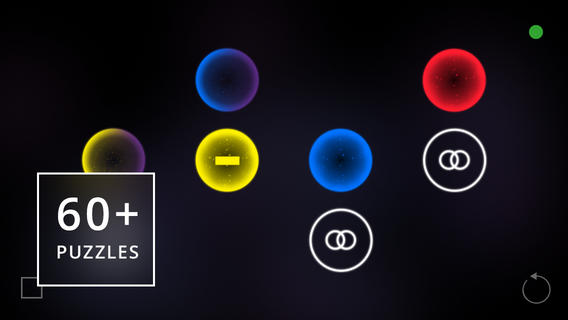 In addition to the solid colors, some orbs are multicolored. When an orb is split colored, it will change into a solid when combined with your orb. However, the color it changes into is dependent on what color your orb is when you combine it.

There are 60 puzzles across five chapters. Each chapter introduces a new element, like the subtraction and replication features mentioned above.

Kotoro is available on the iPad, iPhone, and iPod touch for $0.99. Download it in the App Store today.

What do you think of Kotoro? Have you played it already?