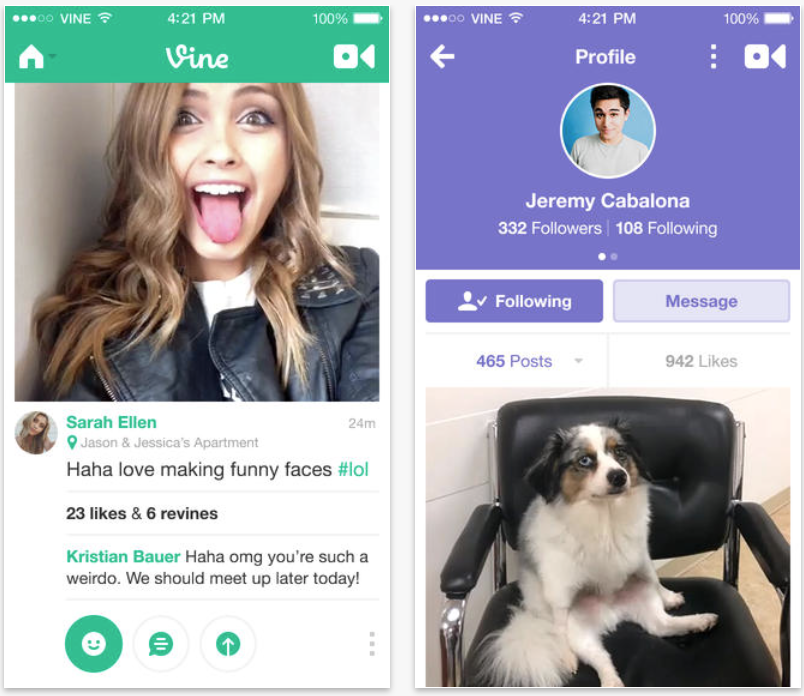 Twitter’s Vine app today received its largest update since it debuted last year, bringing the iOS client to version 2.0. The update includes a number of improvements, but easily the biggest change is the addition of a new private video messaging feature called Vine Messages (or VMs).

The concept behind a VM is simple. All you do is select the new ‘Messages’ option in the navigation menu, record a video and send it out to your friends. You can send VMs out to anyone, but users have the ability to choose who they want to receive messages from—friends followers, etc…

Here’s the blurb from Vine’s blog on the new feature:

From Vine’s early days, we recognized that there was a growing desire and need for private messaging on Vine. We’ve watched the community come up with some clever ways to send videos to their friends as we’ve been working on this solution. Now you can privately send Vine videos and text messages to your friends. You can even send videos to anyone in your address book, even if they aren’t on Vine.

To create your own Vine message (VM), select the new “Messages” option in the navigation menu, record a video and send it to your friends. You can send a VM to multiple people. Each conversation is one-to-one; if you want to send a video to eight friends, you will start eight separate conversation. Your messages inbox has two sections: Friends (people you know) and Other (people outside your network). If you want to receive messages only from the people you follow or know, you can turn off your Other inbox in Settings. To learn more about how to control what messages you see, visit our help center.

Additionally, you can share your favorite Vine clips using the new messaging feature, and your friends can respond directly to keep your private conversation going. You can also send a Vine Message to anyone via email or SMS—they aren’t limited to users or followers int he Vine community.

On a more subtle note, you can now customize the color of your Vine profile as well. The option is located in the Settings menu of the app, and features a variety of different colors. I think it’s a solid addition, allowing users to differentiate themselves on the social network in a non-gaudy way.

If you’re interested, you can find the latest version of Vine in the App Store for free.