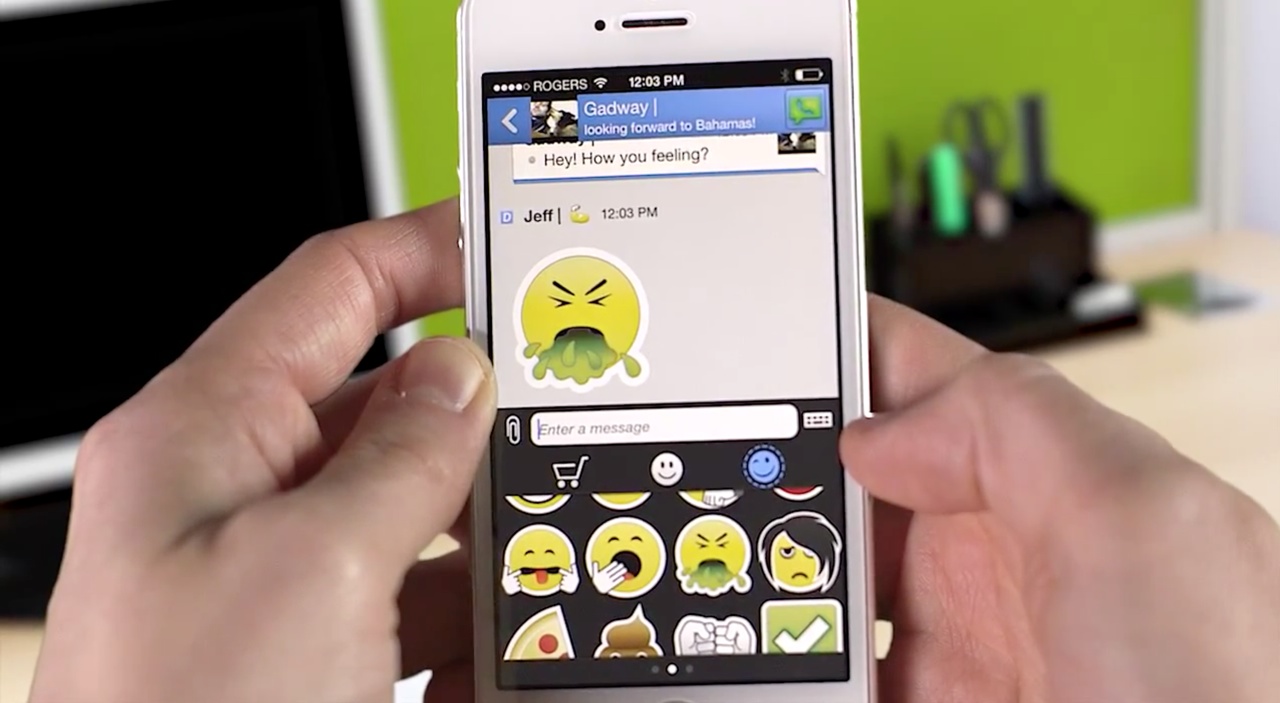 The Canadian smartphone maker BlackBerry is launching a new version of its BBM instant messaging software for iOS, Android and BlackBerry.

As previously reported, this BBM edition enables popular stickers and includes a couple feature additions, such as the ability to share images with multiple parties in multi-person chats and send larger files to others.

Various sticker packs can be purchased from the new BBM Shop, with some stickers like the legacy BBM emoticons offered free of charge. It’s interesting that BlackBerry partnered with brands on themed sticker packs like CosCat, Gilbert’s Tales, Bubble Bot and many more.

The new BBM 2.1 will be launching in the App Store later today…

Sticker packs are comprised of between 20 and 25 stickers each, with paid packs costing $1.99 each. WWE will be giving away free sticker pack to celebrate WrestleMania 30. 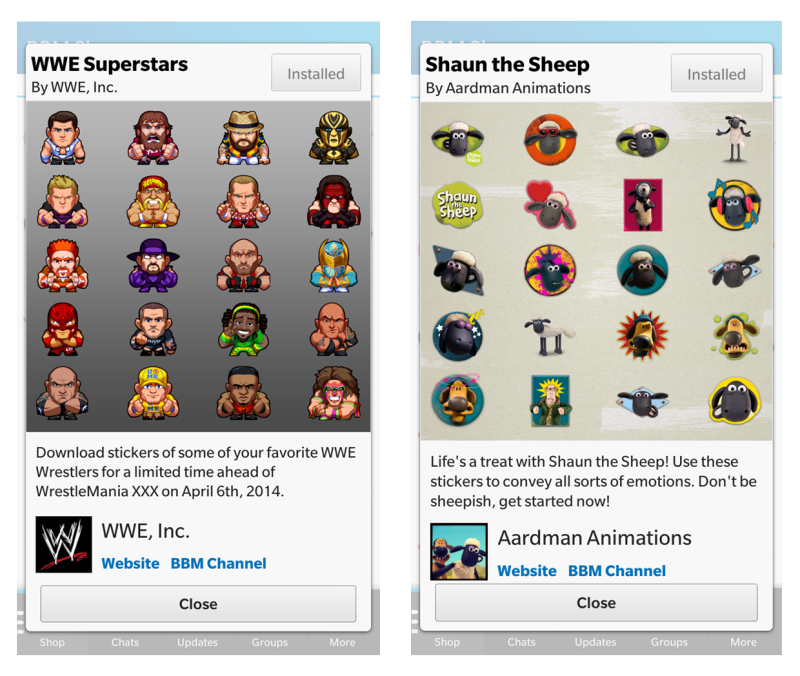 Here’s a quick video overview of stickers and the new BBM Shop.

Other nice-to-haves include support for sending photos, videos and files up to sixteen megabytes versus the previous 9MB limit and the ability to share pictures in multi-person chats, making it easy to send an image to several people at once.

BlackBerry previously confirmed it will be bringing BBM to Windows Phone and Nokia X platforms “in the coming months.”

Download BBM free of charge in the App Store.

Note: this article will be updated with the official changelog as soon as BBM 2.1 surfaces in the App Store.