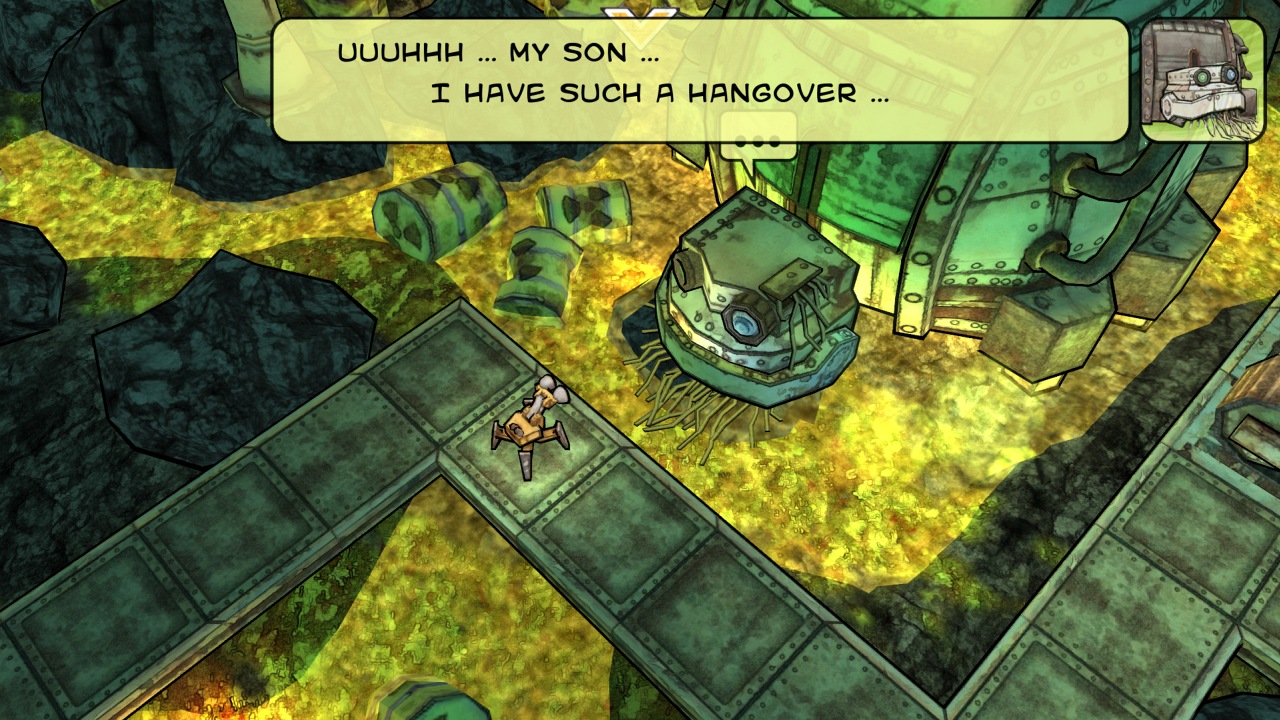 Put “drunk” and “robots” in the same sentence and you’ve won me over already. That’s what the witty developers at Golden Tricycle did when they described their newest submission to the App Store.

CLARC is a grid-based action puzzle that uses spatial reasoning as a mechanism for moving from one location to the next. Where do the drunk robots come in? Well, if it weren’t for those alcohol-swilling androids, CLARC wouldn’t have had to clean up after them…

Players control a tidy little worker robot that looks like a cross between Johnny 5 from “Short Circuit” and a Bugger from “Ender’s Game.” He is as cute as a robot can be, but doesn’t have all the right moves. He is a bit clumsy, and could even be considered a nerd. 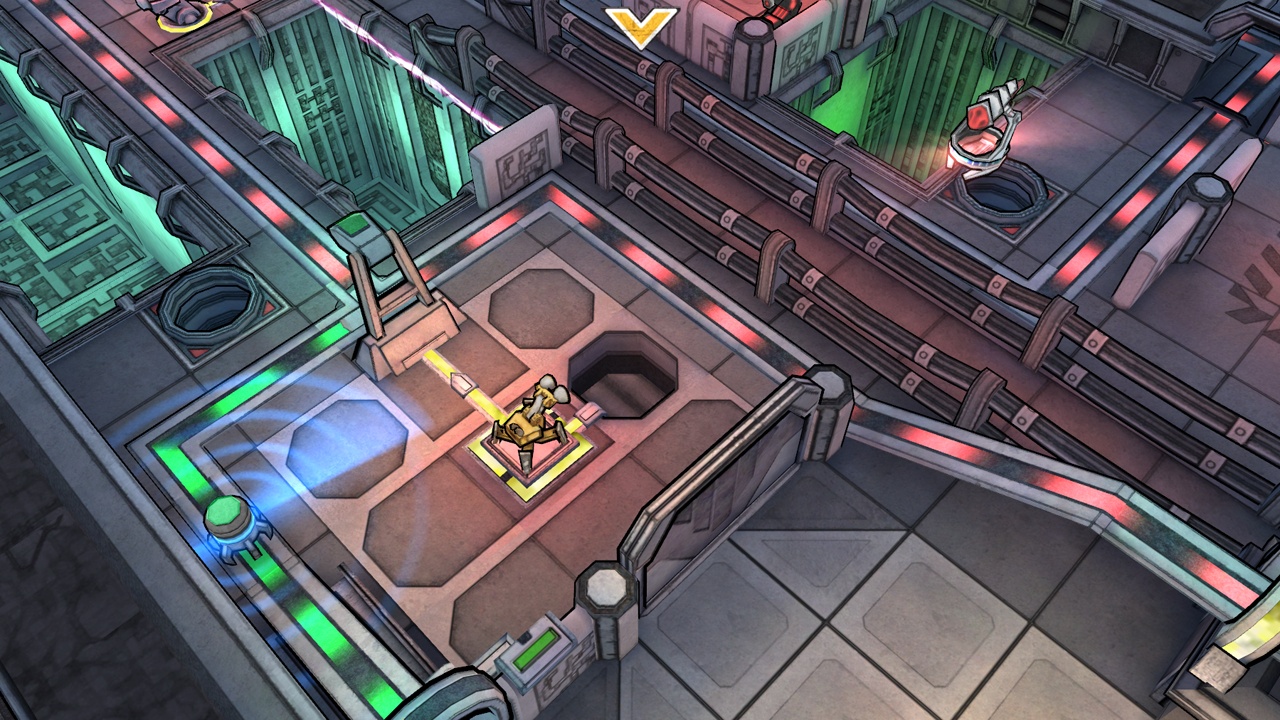 After a night of partying, CLARC begins repairs on the space station while his companions sleep one off. An invading ship destroys the station and kidnaps CLARC and his buddies. CLARC escapes and goes on a journey to rescue his friends. This is where you come in.

The only thing you can do is to move boxes around. However, the boxes hold the key to destroying lasers, opening doors, and getting out alive. The area is surrounded by lasers that will kill CLARC if he walks into them. He must use the boxes to get through the laser beam obstacles. Some boxes block beams. Others bend them so they will shoot a different direction and even destroy other lasers. 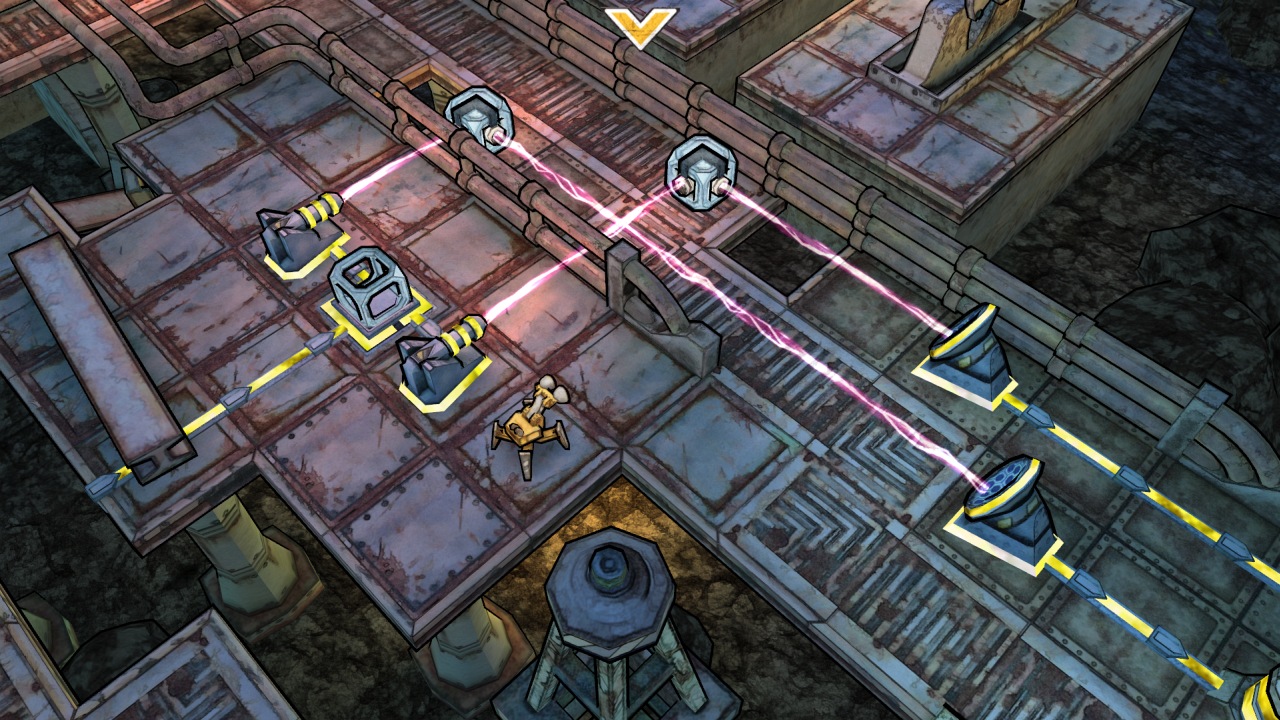 Boxes can also be used as weapons. Charge up certain types of boxes to use against your captors so you can free the other robots that have been imprisoned.

Although the game is based on spatial puzzles (think “Portal”), it is also an arcade game. Players move CLARC around using a virtual D-pad and action button. Players move through rooms, activating and deactivating lasers, while destroying enemy robots, all to save his friends, and a pretty atomic bomb named Clara.

CLARC is available on the iPhone, iPad and iPod touch for $3.99. There is also a lite version with a few of the beginning levels for free. If you like the game, you can unlock the full version from inside the app. Download it in the App Store today.