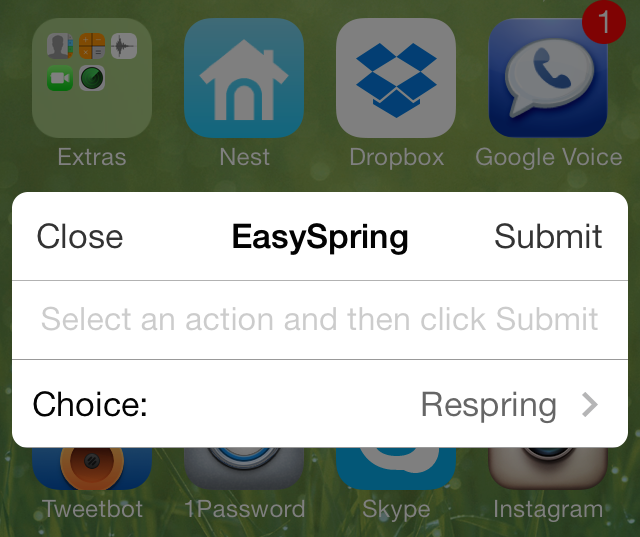 EasySpring for ProWidgets is one of the first, if not the first, add-ons for the ProWidgets jailbreak tweak. As you might have heard, I’m a pretty big fan of ProWidgets, not only due to its great design and functionality, but also due to the potential it has for third-party developers.

Although this initial add-on isn’t very exciting, it does show off how easy it is for developers to create good looking widgets. Have a glance past the break as we showcase to you EasySpring—the add-on that allows you to have your own custom respring widget.

In our video demo of EasySpring for ProWidgets, I decided to use an Activator gesture as a means to invoke the widget. Doing so will showcase a simple respring interface that allows you to choose from three different types of resprings. 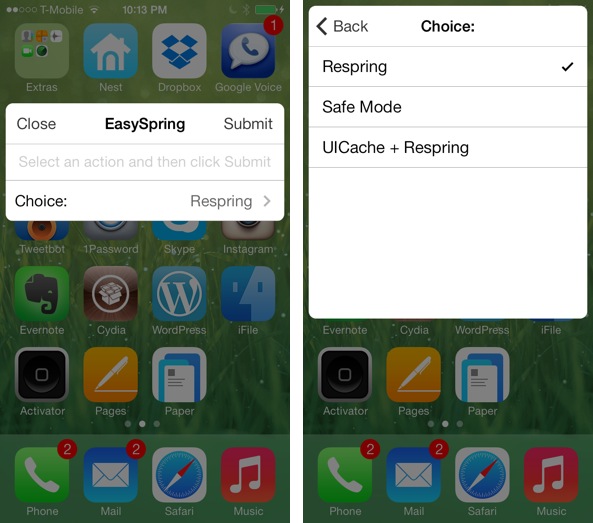 The EasySpring widget is expandable to display the three different respring options. Users can choose to go into safe mode, perform a normal respring, or perform a UICache refresh + respring. You can then collapse the widget to find the respring button in its upper right-hand corner.

As stated, EasySpring is about as simple as it gets, but it’s a good indication of what developers will be able to do once more begin to tap into its ability. EasySpring for ProWidgets is available for free on Cydia’s BigBoss repo. Let me know what you think about it in the comments down below.