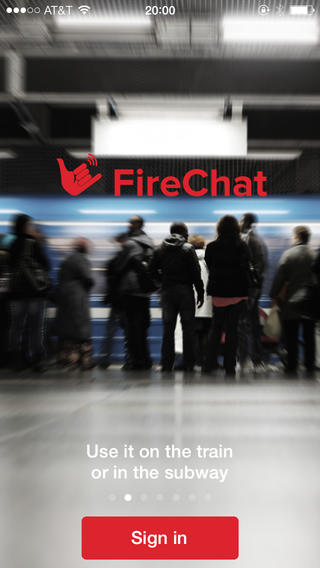 FireChat, a new instant messaging application for the iPhone, is kinda of a big deal. You wouldn’t be able to tell the difference between it and other messaging apps on the App Store if it weren’t for its particularly unique feature.

FireChat supports off-the-grid communication, a codeword for the ability to exchange instant messages without a cellular or Wi-Fi connection.

What kind of dark magic is this?

When you pull up from the bottom of the screen and enable AirDrop in Control Center, iOS lets you send an image, URL or other piece of content to another AirDrop user directly, no Internet connectivity or iCloud access required whatsoever.

AirDrop requires both Bluetooth and Wi-Fi. First, nearby devices are detected via Bluetooth and then data transfers get negotiated and carried out by establishing a direct connection between the two devices’ Wi-Fi antennas, making possible short-range content transfers.

That’s exactly what FireChat does for you. 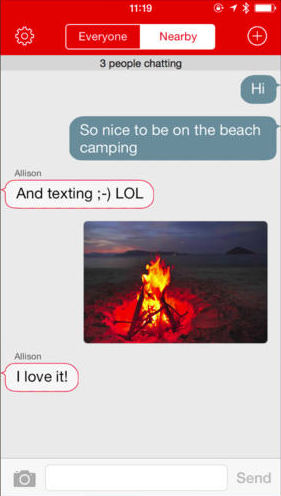 The app uses the iOS 7 Multipeer Connectivity Framework technology to create an ad-hoc peer-to-peer network between devices in close proximity. Each device becomes a node and messages can be relayed from one node to another anonymously and securely, making possible even long distance messaging without a network signal

Upon creating a screen name, the app presents you with two chat modes: ‘Everyone’, for communicating with any user that can be reached through nodes, and ‘Nearby’ which limits your messaging only to folks within Bluetooth and Wi-Fi range of up to around thirty feet (nine meters) who are also using the app.

And because the Nearby feature doesn’t use an Internet connection – and given you can also send messages anonymously – hackers will have a hard time to eavesdrop on your communication. As for ‘Everyone,’ a maximum distance the app will work within depends on the connected nodes, or devices. 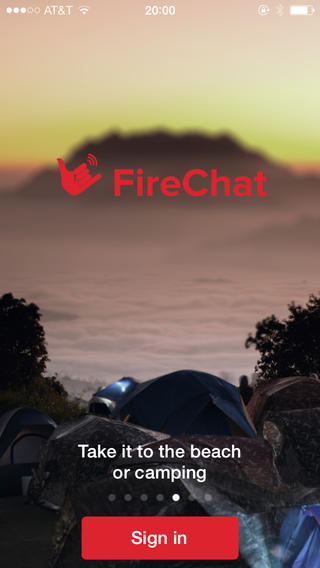 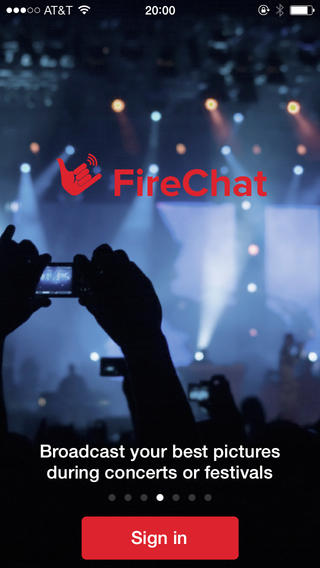 Why would you want to limit your communication to people in your close proximity?

Granted, FireChat is no replacement for Facebook Messenger, WhatsApp and other popular messaging apps. Its key appeal lies in the fact that users can easily create ad hoc communities anywhere, without the need for a network signal.

This is quite handy in situations when there’s no cellular/Wi-Fi connectivity – like when on a plane, at the beach or camping – or when networks are congested, which typically happens at crowded venues like concerts, festivals and so forth.

From Apple’s description of the Multipeer Connectivity Framework in iOS 7:

The Multipeer Connectivity framework supports the discovery of nearby devices and the direct communication with those devices without requiring Internet connectivity.

Apple with iOS 7 has the first major mainstream implementation of wireless mesh networking. This under-appreciated feature could become indispensable in the context of wearable devices, methinks.

You can download FireChat free in the App Store.

What do you think of FireChat?