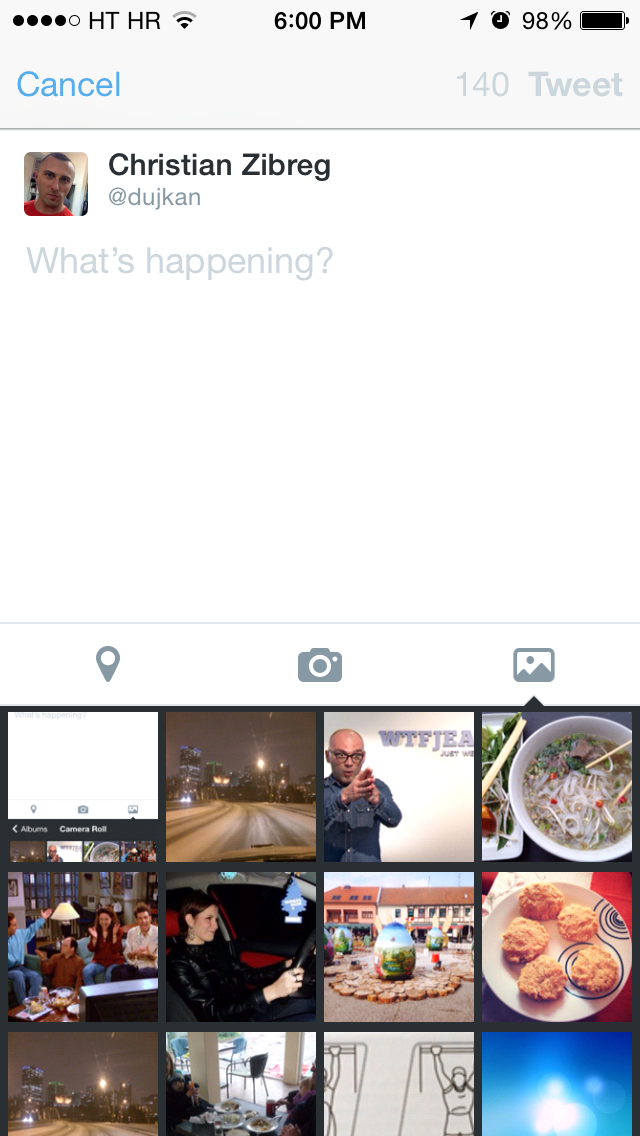 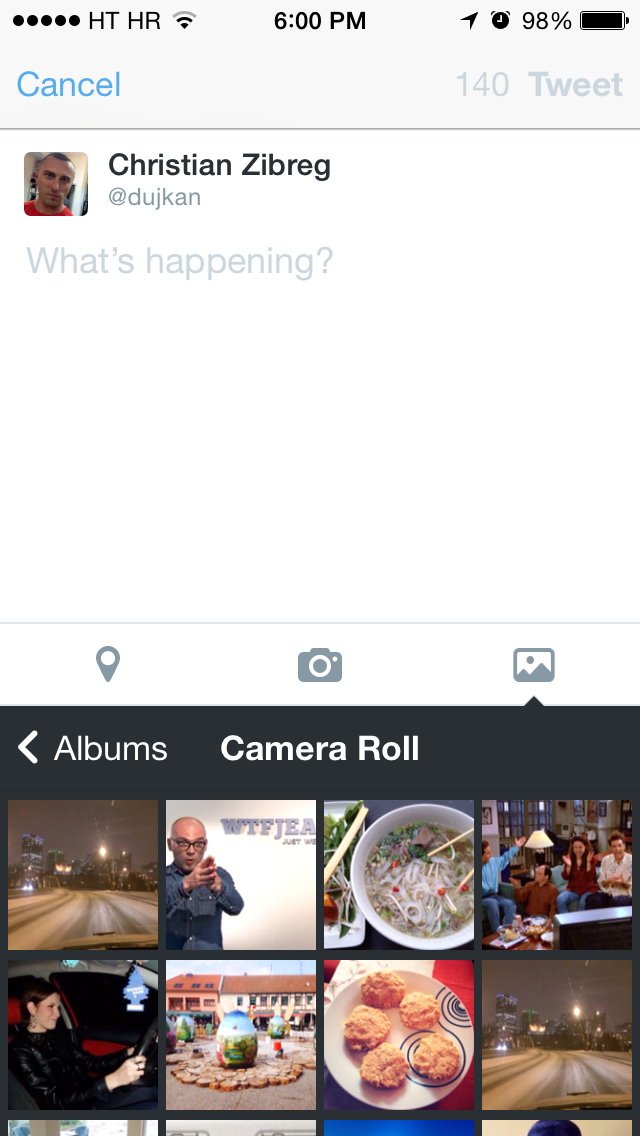 Twitter has just updated its free iPhone and iPad client with unspecified “enhancements to sharing and uploading photos”. Behind the cryptically worded iTunes description is a slightly reworked interface for attaching a photo to a tweet, akin to Facebook’s Paper app. The update is now live in the App Store and I’ve included a detailed description along with a few screenshots depicting the feature in action…

As depicted top of post, attaching an image to your tweet produces a split-screen interface, like before. The tweet compose sheet is in the upper half and your on-device photos are nicely laid out in a grid of thumbnails that sits in the lower half of the screen.

The app by default shows your iOS Camera roll. To display images in a specific album, just pull down on the thumbnails slightly to reveal the new Albums button.

And just like before, you can apply standard Avery effects after choosing an image, use the magic wand tool to automatically optimize for sharpness and vividness or crop/rotate the image. 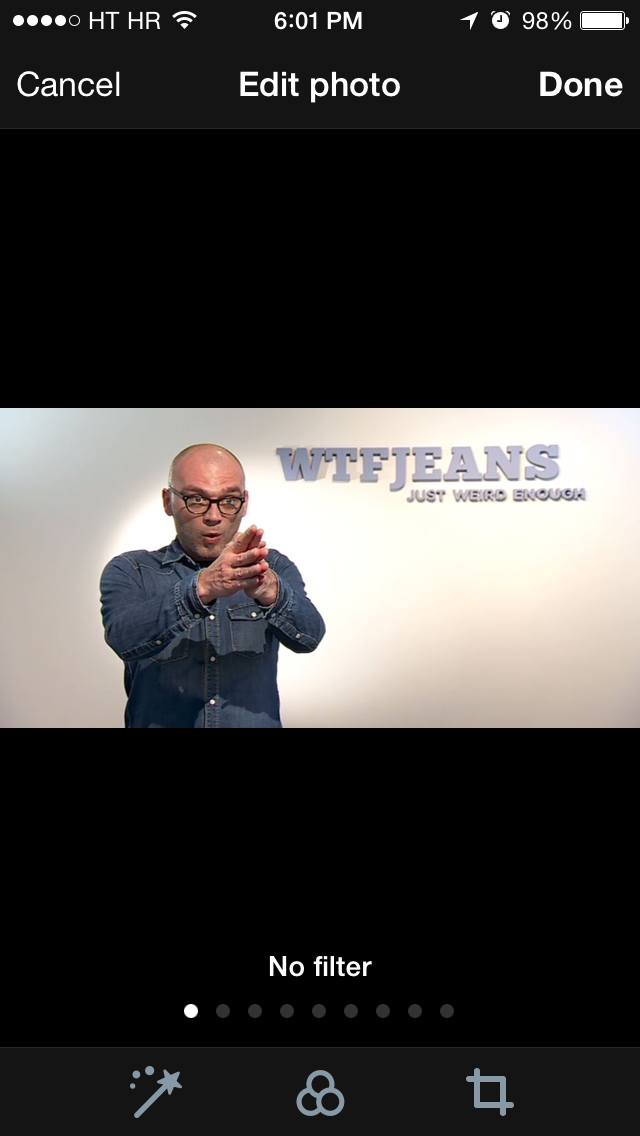 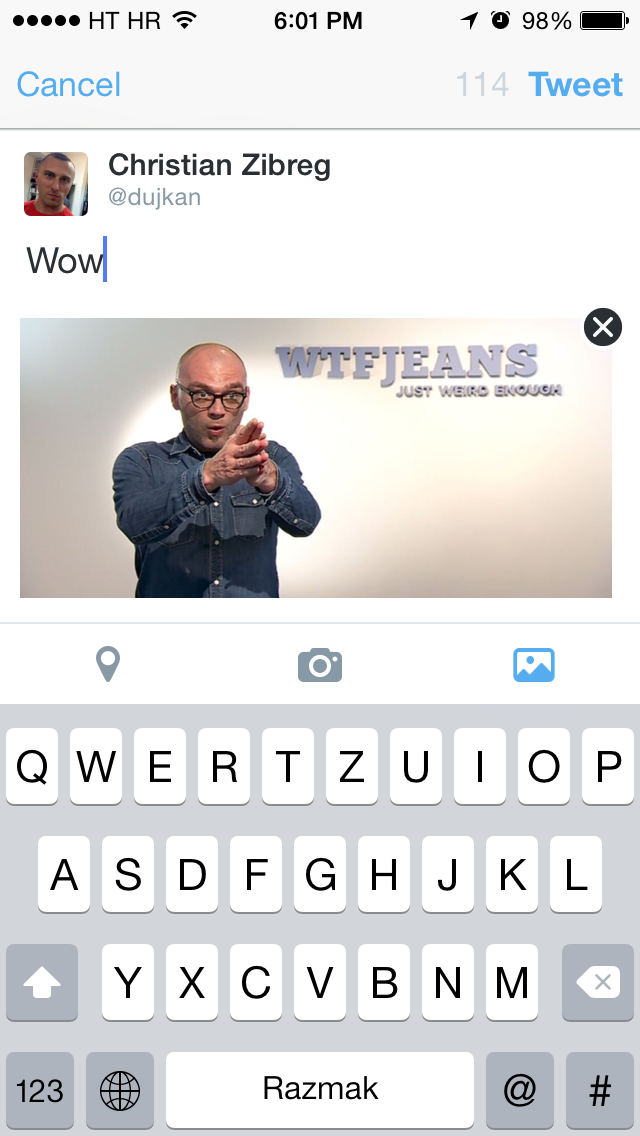 And this is what the tweeted out image looks like on my timeline. 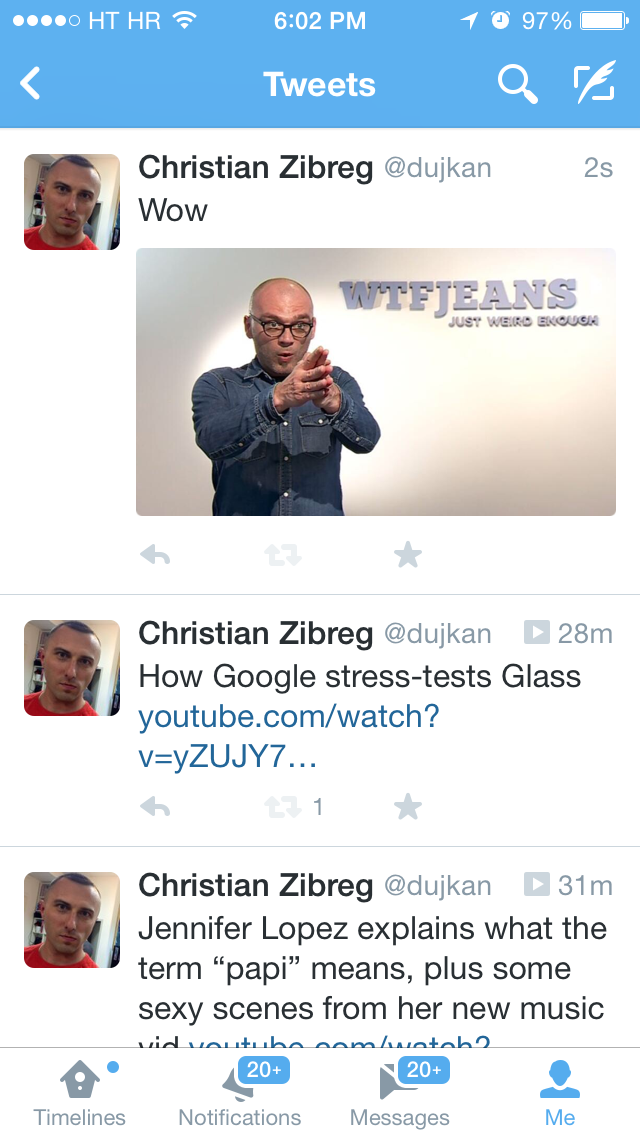 As a reminder, you can set the quality for image uploads (Low, Medium, High) using the Image Quality option nested under the General section of Twitter’s settings.

To disable image previews, flip the Image Previews button to OFF. This should come in handy to those concerned about bandwidth consumption when using Twitter on a cellular connection.

Unfortunately, Twitter does not yet support various image thumbnail sizes in timelines like other iOS clients, namely Tapbots’ Tweetbot and Iconfactory’s Twitterrific.