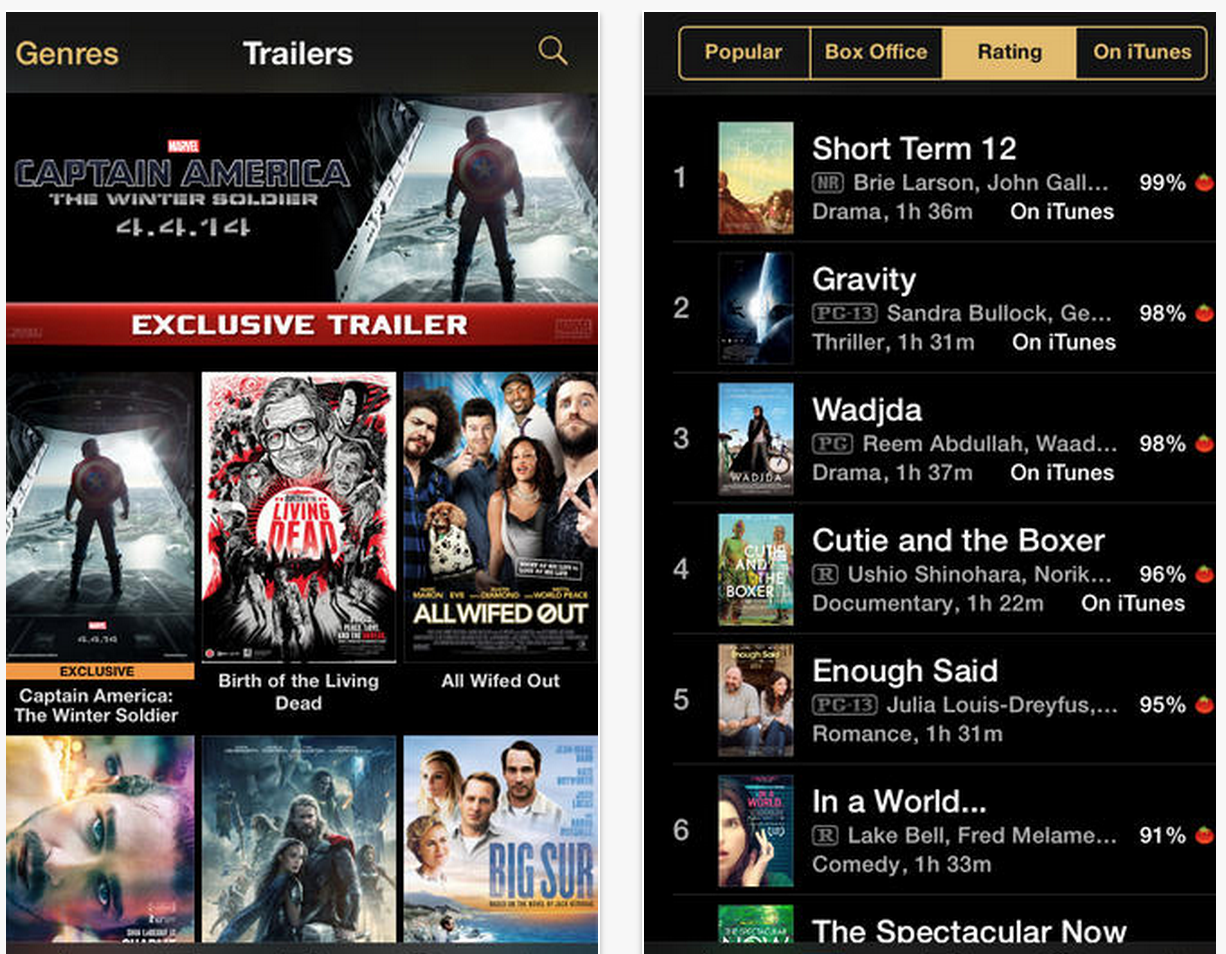 Apple has posted an update for its iTunes Movie Trailers iOS client this afternoon, bringing the app to version 1.4. The app is universal, supporting both the iPhone and iPad, and provides mobile access to trailers reviews and more for new and upcoming films.

Today’s update brings about a handful of useful features including the option to be notified when a movie you have marked as a favorite debuts in theaters or pops up in the iTunes Store. You can also now read critic reviews in-app, and share links via AirDrop…

Here are the release notes for version 1.4:

This update includes the following improvements:

• Add a movie to Favorites to be notified when it debuts in theaters or becomes available in the iTunes Store
• Read critic reviews provided by Rotten Tomatoes for movies that are in theaters, right from the app
• Share links to your favorite movie trailers using AirDrop
• Additional bug fixes and performance improvements

For those who haven’t used iTunes Movie Trailers before, it’s very similar to apps like Fandango and Flixter in that it allows you to do things like view trailers and film release schedules, see what movies are playing locally and read reviews from Rotten Tomato critics.

The app received a nice iOS 7-inspired design overhaul back in October of last year, and Apple continues to add features. So if you haven’t checked it out in a while, I suggest you do so. You can find the latest version of iTunes Movie Trailers in the App Store for free.