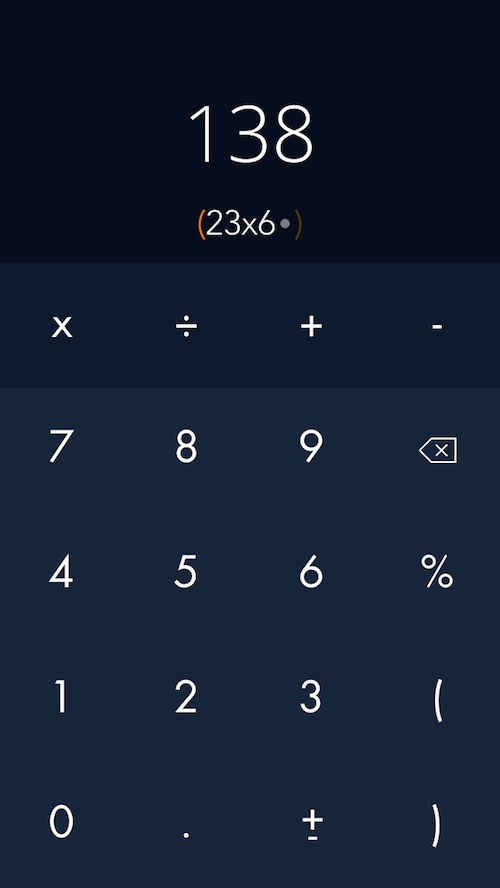 I don’t normally focus too much attention on calculator apps. Some of them can be pretty cool. But for the most part, if you’ve seen one, you’ve seen them all. There has to be something special about a calculator app to catch my attention.

Luna Calculator is an app that has something special. In addition to the simple mathematical equations that the average calculator app includes, this one lets you create lists of numbers and save them for future reference…

Thanks to the app’s simple interface, that is all there is to it. There isn’t even a handy instruction manual. 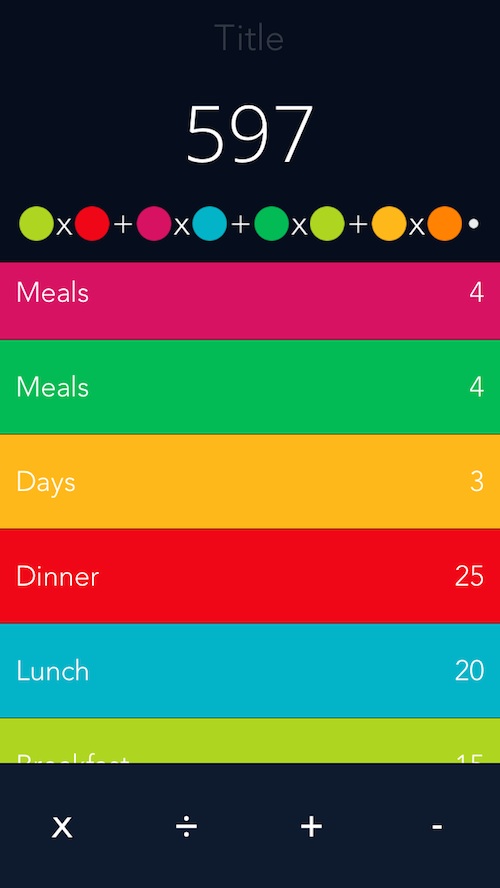 Let me save you some time by saying, watch the tutorial video closely. Pretend you are going to be tested on it and it is worth 70 percent of your grade. This tutorial video only plays the first time you open the app and isn’t accessible at any other time. You’ll have to visit the app’s official website if you want to watch it again. I did not pay close attention to the tutorial video and found myself confused and frustrated until I went to the website and watched the video again.

The first thing you will do (after watching the video) is naming a number. Then, add the amount. For example, if you want to know how much your four-day trip will cost you, type “hotel” and than enter $200 (or whatever). Then, type in “Tickets” and enter $215. Add all of your projected expenses, like gas, food, souvenirs, etc. Add the number of days you want to multiply anything by, like the hotel, or daily food estimates. After entering the name and amount for each item, tap the check mark at the bottom right corner of the screen to enter the item onto the list.

Then, when you have added every amount you expect to use, pull down on the screen to access the list of items you have just entered. Then, combine the items in order of operation. For example, you could add the hotel, parking, and food together. Then, multiply by the number of days on the trip. Then, add one-time costs, like gas or souvenirs. To calculate two amounts, tap one. Then tap an operation from the bottom of the screen. Then, tap a second amount. The app will automatically calculate the equation.

You could also calculate numbers by first entering one. Then, without saving it, include an operation. Then, add another amount or select one from the number list. Of course, if you don’t want to save anything at all, simply type in the equation and do not tap the check mark at the bottom right corner of the screen. As you add numbers and operations, the total will automatically tally for you.

When you have the equation that you want, tap the total number to call back up the calculator pad screen. Then, tap the equals sign to save the amount.

Then go back to the numbers list. You can create a new list for the combined numbers and save it. To combine the current numbers under one list, pull down on the screen while in the number list window until you see the “Saved” tab. The app will ask you to name the list and then it will be added to your list of saved numbers.

You can access any list by tapping the name. You can also access any equation by tapping that item on the list. Edit any individual number by touching and holding it until it hovers. Then, drag the item to the top of the screen to change the name or number associated with the item.

While you can use this app for its basic calculator features, the thing that makes it stand out is the ability to create, save and manage different lists. 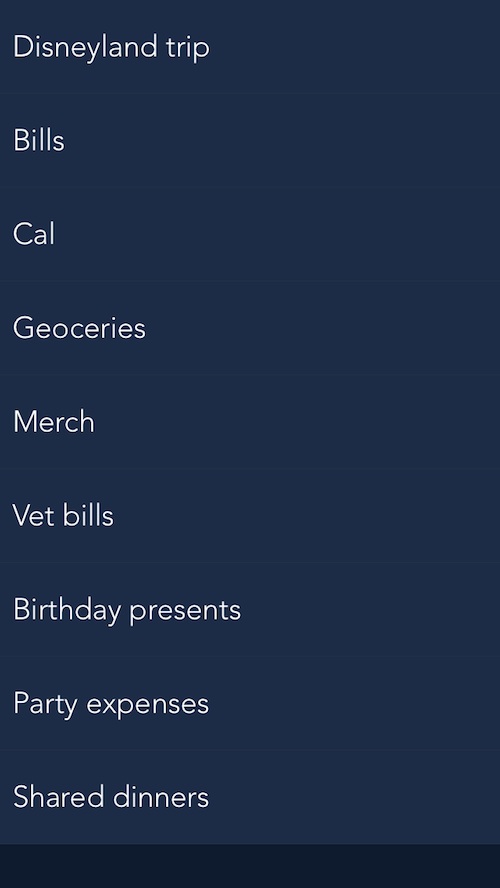 Obviously, the best feature is the ability to create and save lists of amounts under one main list. I like having separate lists for things like, camping trips, monthly bills, and merchandise inventory. This is a very unique feature that I have never seen before in a calculator app.

As I mentioned above, without the help of the tutorial video, I was completely lost. I’d really like this app to include access to a comprehensive how-to guide so users don’t have to track down the app’s official website in order to re-watch the tutorial video.

Luna Calculator costs $0.99. It is a reasonable price for a utility app. It is a great price for a productivity app that offers such a unique feature.

Obviously, the native Calculator app on the iPhone does the job just fine. However, this app includes something different than just a pretty skin. If you like the idea of a calculator app that offers the ability to create, save, and manage lists, this is worth the price. Download it in the App Store today.

As I mentioned above, I’ve never seen a calculator app with these features. However, Numerical is a handy number cruncher that saves equations.