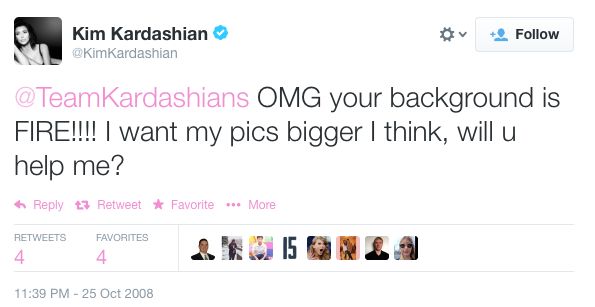 When Jack Dorsey, along with Evan Williams, Biz Stone and Noah Glass, flipped the switch on Twitter back in July 2006, there was no chance on Earth they could have predicted how widespread their strange new service would become.

I mean, isn’t it remarkable to think that news breaks on Twitter nowadays? Big media like CNN, NBC and other 24/7 media outlets source information from Twitter and celebs who get paid to endorse Samsung devices regularly humiliate themselves by tweeting from their iPhones.

The service that forces you to compress your thoughts into 140-character posts was actually created on this day eight years ago and Twitter is marking the anniversary by launching an interesting tool which lets you check out anyone’s first tweet, without having to scroll for hours through their timeline.

In 2006, people began to say a little something on Twitter through 140-character bursts of plain text. Eight years later, our users have transformed Twitter into place where you can discover new ideas, make real human connections and express yourself freely. So as we mark our 8th birthday, we’d like to say thank you — to you.

As for the new tool, you can find it here.

Just hanging out with my friends in my hometown…

Getting ready to fly to DC for the IFE

Cody was trying to figure out “this Twitter thing.”

It’s always fun after tweeting out your first tweet from a few years back to see people start interacting with it.

And Jeff, as is his wont, was checking out new jailbreak tweaks.

Mail Enhancer is Like a Super Charger for Your iPhone’s Email http://bit.ly/h9Ox4b

Gizmodo has put together a nice collection of more than two dozen famous people’s first tweets that will make you feel better about yours so give it a quick read.

I just signed on to Twitter today. Don’t want it or need it, but don’t wanna be out of the action!

I bet it wasn’t nearly as embarrassing as Kim Kardashian’s, screenshoted top of post.