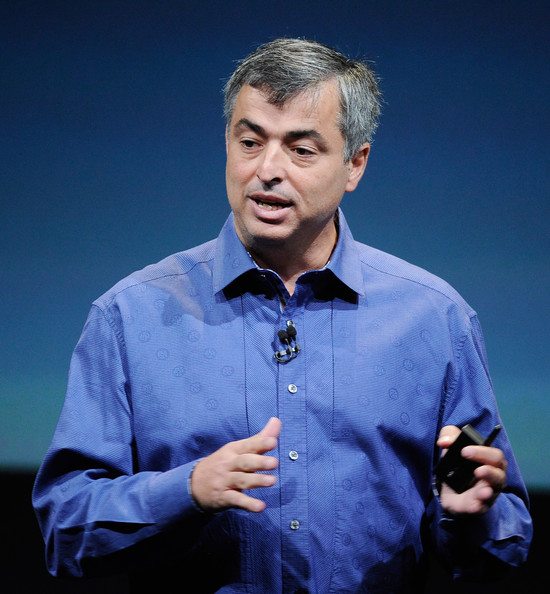 Early reviews are out for former WSJ writer Yukari Kane’s new book on post-Jobs Apple: ‘Haunted Empire’ ($14.99 in the iBooks Store), and they aren’t good. Many readers believe that Kane fails to make her obvious preconceived point that Apple is doomed, and doesn’t even appear to try.

Even Tim Cook had something to say about the book, telling CNBC yesterday that “this nonsense belongs with some of the other books I’ve read about Apple.” And today, another executive has spoken out. SVP Eddy Cue says that the epic ‘pen’ story Kane tells in her book never happened…

First, for those who missed it, here’s the Eddy Cue pen story:

Cue had started out as an intern. In one version of a story that he told everyone, he was plucked out of the IT department by Jobs during a meeting in which he had dared to voice an opinion about the topic at hand. When Jobs looked at him and told him to shut up, an undeterred Cue spoke up again, causing Jobs to throw a pen at his forehead. Cue, who by then figured he had nothing to lose, braced himself and offered up his opinion for a third time. This time, he won Jobs’s approval.

The story is admittedly endearing, as Cue is now Apple’s senior vice president of Internet Software and services making millions of dollars. He oversees everything from iTunes to iClouds, and was recently put in charge of Maps. But according to the executive, none of this ever happened.

9to5Mac’s Benjamin Mayo emailed Cue about the story and got a response:

Mayo: I am slightly obsessed with the anecdote about Jobs throwing a pen in your face. Is the story true?

There are two things worth note here: the first is that Kane’s book is no longer just being called bad, it’s now being called inaccurate as well—which is never a good thing in the non-fiction realm. And the second thing is that Cue, like Cook, felt the need to comment. Why? It comes off as very defensive.

But maybe that’s where Apple is at right now: defensive. iPhone growth is slowing, iPod sales have long been on the decline and the company hasn’t entered a new product category in four years. Kane was just the latest person to toot the ‘Apple is doomed’ horn, and Cook and Cue couldn’t take it.

What do I think? I think it’s convenient that ‘Haunted Empire’ was released during Apple’s slow season. Have you seen the Healthbook app screenshots? Could you imagine Kane trying to sell an ‘Apple isn’t innovative anymore’ book after the iOS 8 keynote, or the iWatch unveiling? Yeah, me neither.