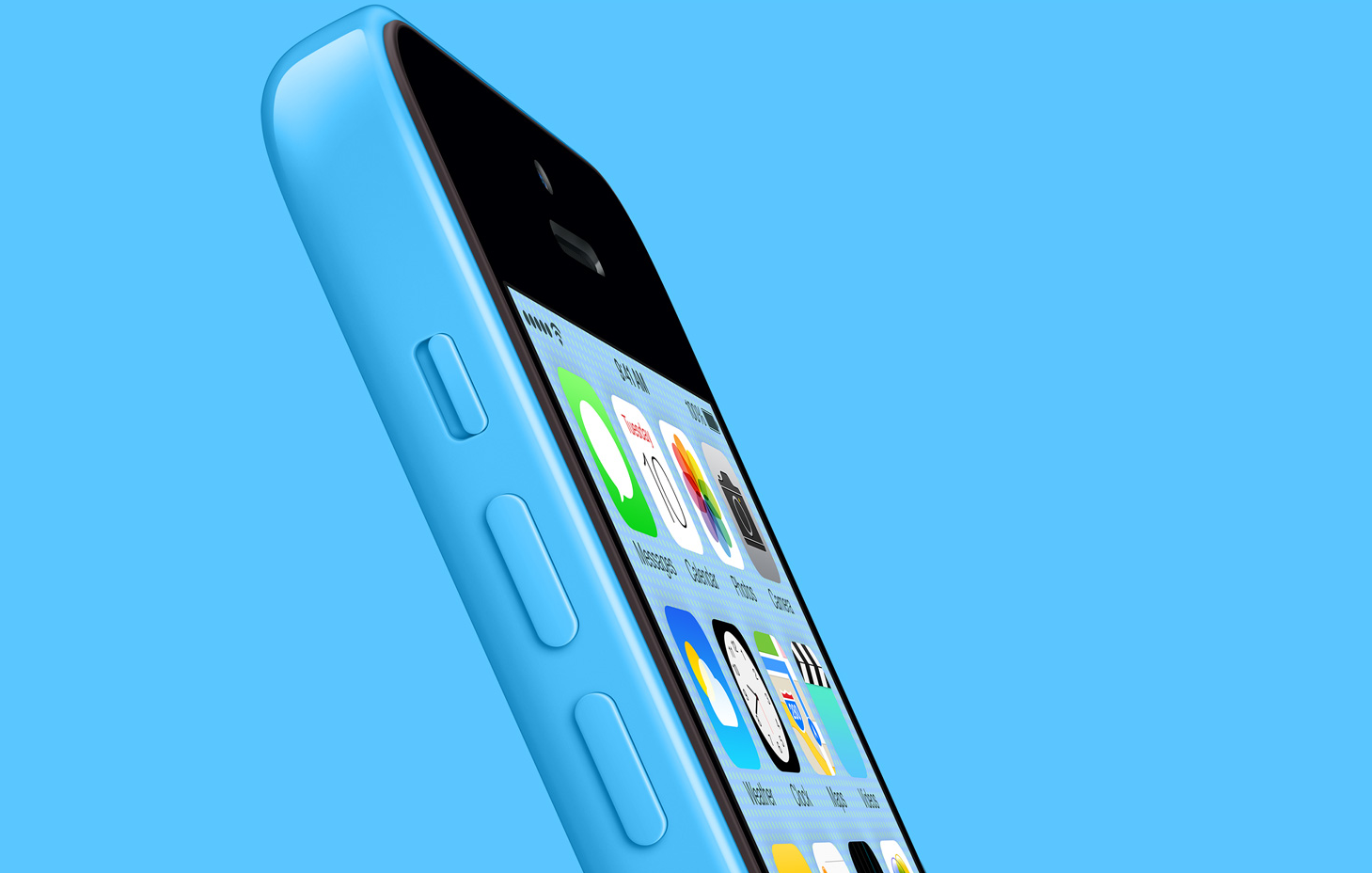 Apple’s newly launched cheaper iPhone 5c model with eight gigabytes of storage is only available in select few markets, a spokesperson for the company confirmed Tuesday. The device is available in the United Kingdom, France, Germany, Australia and China. It is not, however, on sale in the United States, for the time being.

By comparison, the relaunched fourth-generation iPad with Retina display is available across all territories because that device is a replacement for the company’s phased-out iPad 2 and now represents the new entry-level, full-size iPad offering. The introduction of the entry-level 8GB iPhone 5c is largely viewed as an effort to help boost the device’s lagging sales…

A £40 difference, or about $66 in U.S. dollars, puts the 8GB model in the territory of the mid-tier handsets. Be that as it may, it’s unclear whether customers will opt for an iPhone with just eight gigabytes of storage where similarly priced Android handsets come with 16 or 32 gigabytes of internal storage. 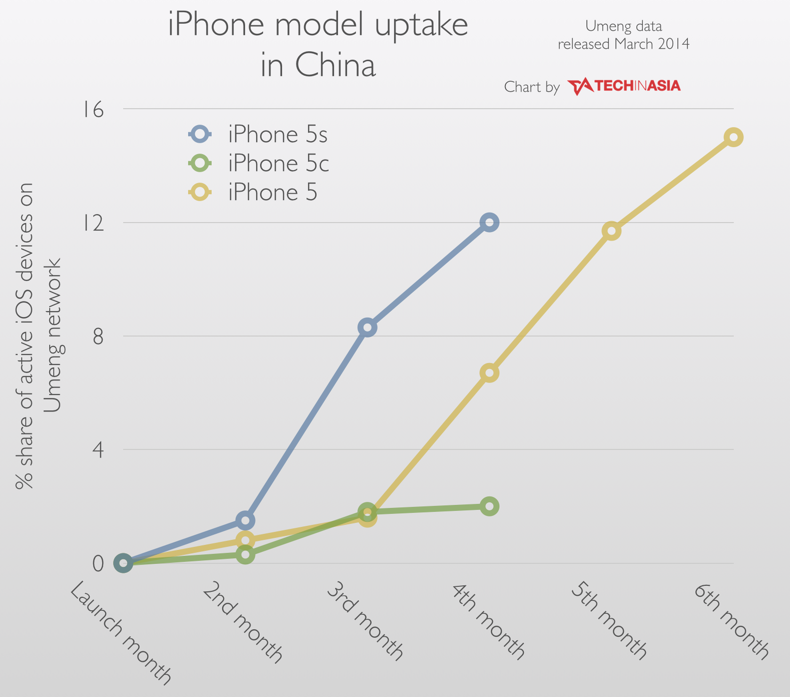 Even Apple’s boss Tim Cook had to admit that the iPhone 5c thus far has failed to meet the company’s internal expectations in regard to sales. Back in the U.S., the 16GB iPhone 5c will set you back $99 after a two-year contract, or $549 contract-free.

Most people have a hard time justifying that price point because plunking a $100 more gets them the current-generation iPhone 5s that runs Apple’s speedy 64-bit A7 processor with M7 motion coprocessor, an improved camera, Touch ID and more.

I think the iPhone 5s, people are really intrigued with Touch ID. It’s a major feature that has excited people. And I think that associated with the other things that are unique to the 5s, got the 5s to have a significant amount more attention and a higher mix of sales.

Limited distribution of the 8GB iPhone 5c makes sense if you consider that inexpensive Android handsets stole much of Apple’s share in key European territories and in emerging markets such as China.

As the chart above shows, the iPhone 5c has “bombed in China,” as TechAsia put it last week. That finding is based on app usage provided by the Umeng analytics network so it should be treated with a pinch of salt.

Specifically, the iPhone 5c has managed to capture only twelve percent of active iOS devices on Umeng’s network, meaning less than one in five iPhones sold in China is the iPhone 5c. Just don’t count on Apple releasing the official numbers as the company does not break down iPhone sales by model.

Despite the disappointing iPhone 5c numbers and Apple’s relatively low market share and unit sales compared to Android handsets, the company is by and large winning the revenue and profits game.

To this date, Apple has been able to take up an estimated 75 percent of the net profits earned by the big players in the handset industry – and this has been pretty much the case since 2008. 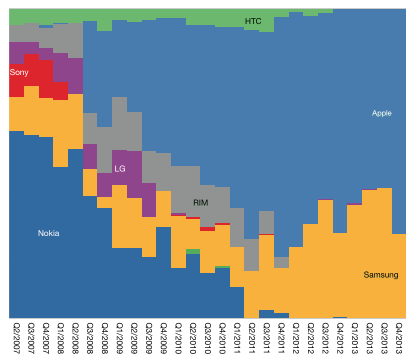 According to independent analyst Horace Dediu, “that figure is consistent on an ongoing basis,” he adds, “having reached 60 percent as early as 2011 and remained in a band around that figure since.”

What’s your read of the iPhone 5c situation?

Did Apple misjudge demand for the device?