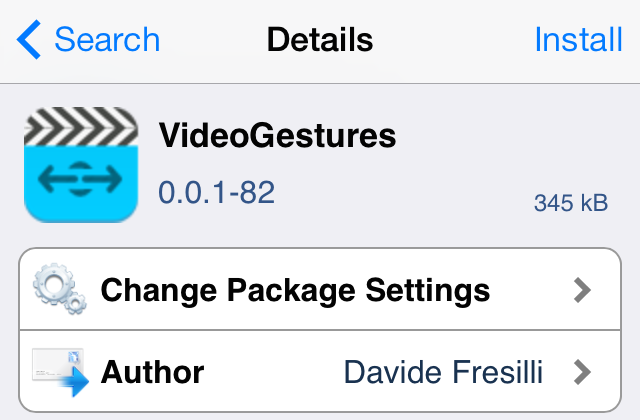 VideoGestures is a recently released tweak that allows you to perform gestures while playing video to adjust volume and playhead position. The tweak features several settings to adjust the velocity of swipe gestures, along with a setting to invert the gestures for natural scrolling.

If you’re looking for an intuitive way to control video playback on iOS, then look no further. Check out our full video walkthrough after the break.

Once you install VideoGestures, you can head over to the stock Settings app to configure the way the tweak works. At the top of the preferences, you’ll find a kill-switch for quickly enabling or disabling the gestures. You’ll also, as mentioned, find two sliders for adjusting the ratio of both volume and video playback navigation. The higher the value, the more velocity is placed on the gestures. 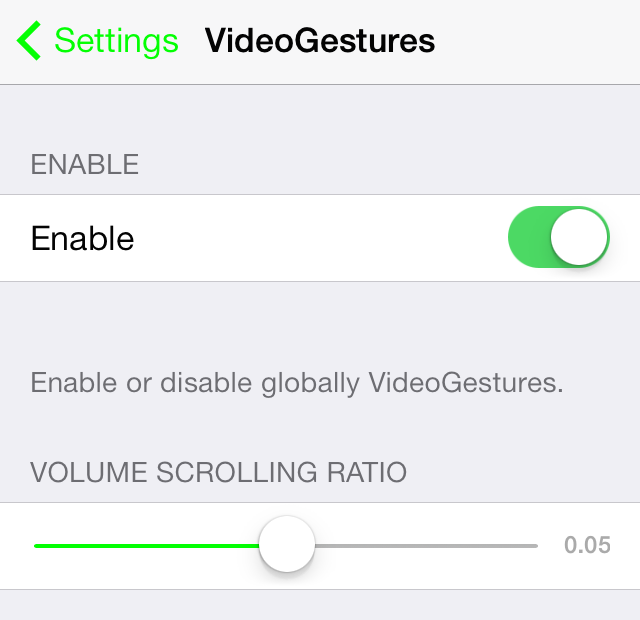 Swiping up or down on the video playback screen adjusts the volume, while swiping left and right adjusts the video’s playback position. Those are the only two gestures you’ll find with VideoGestures, but at least the effect doesn’t feel forced. 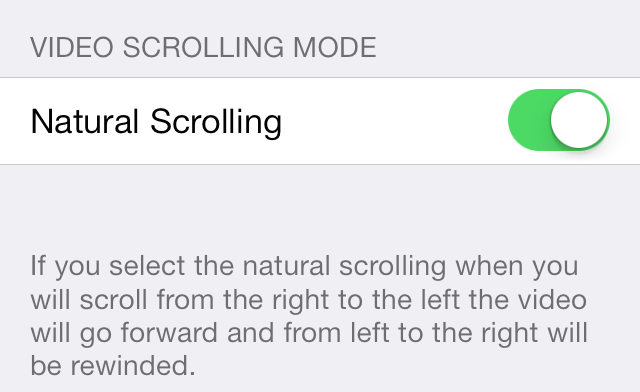 VideoGestures is available right now for free on Cydia’s BigBoss repo. Let me know what you think about it down below in the comments section.