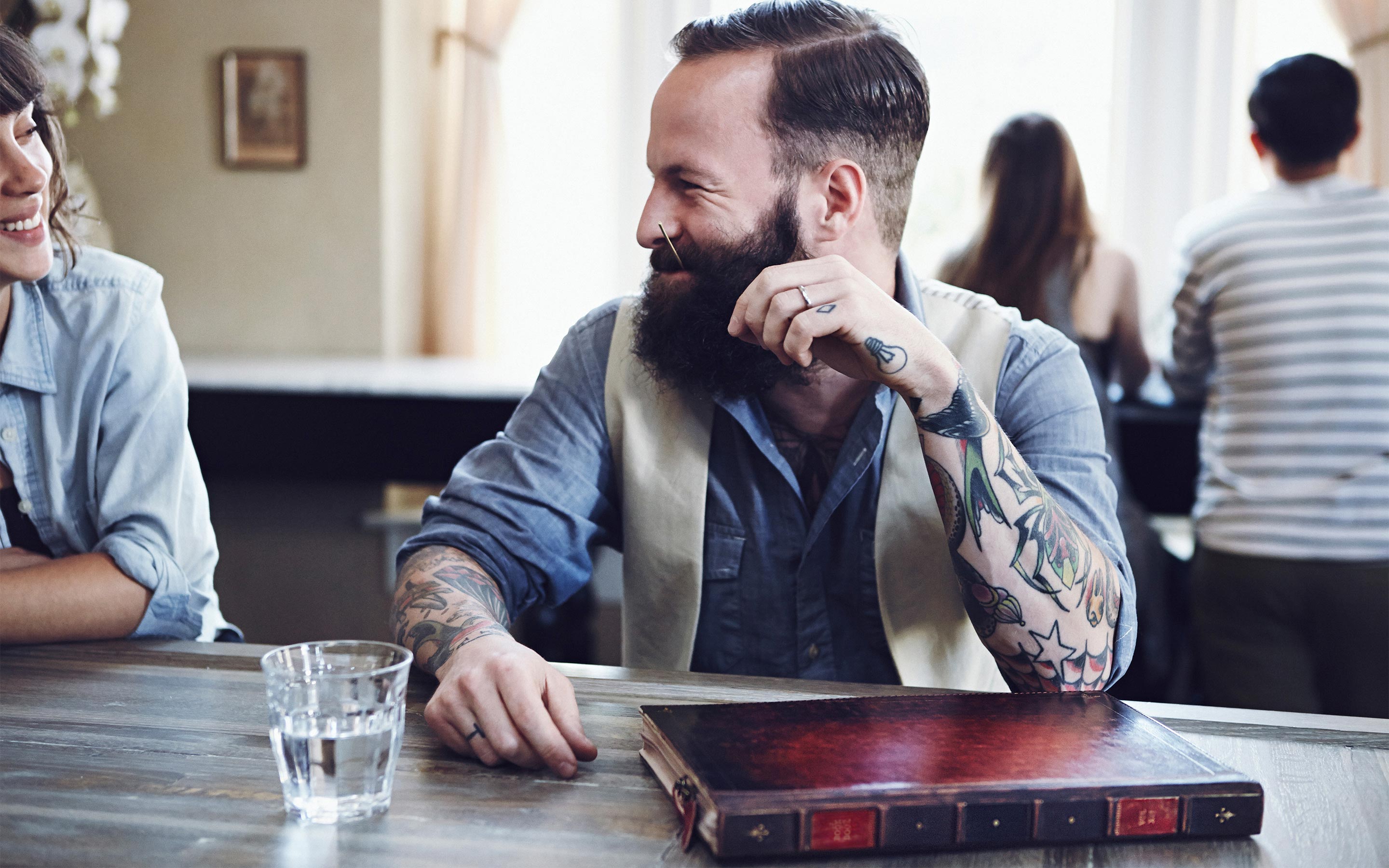 It’s all too easy to get lost in a dizzying array of accessories for Apple devices, especially with too many companies rehashing same old ideas and doing the exact same thing. That’s why my initial experience with Twelve South instantly made me a believer.

They’ve been crafting gorgeous, functional accessories exclusively for Apple products since 2009, prompting big media like Forbes to suggest that Apple should just buy them outright.

And not because of the profits, but due to Twelve South’s thoughtful design which is often reminiscent of the utmost care that can be observed in every aspect of Apple’s industrial design.

On Thursday, the Charleston, South Carolina firm launched the Rutledge BookBook, a new edition of its popular BookBook case for MacBooks, hand-distressed to give each one a slightly different appearance, so no two look exactly alike…

Designed for the MacBook Air, MacBook Pro and MacBook Pro with Retina display (including a version made just for the 13-inch Retina MacBook Pro), this artisan leather case is basically a reworked version of the original BookBook which has been my only MacBook Air case for the past three years.

By the way, you can check out, if you want, my review of the original BookBook for MacBook Air from two and a half years ago on 9to5Mac.

“While the case protects your MacBook, the design protects your unique sense of style,” says Twelve South. The main difference between the original BookBook and the Rutledge Edition is an entirely new leather-coloring technique that gives each one an even more distinct look.

This is what I’m talking about. 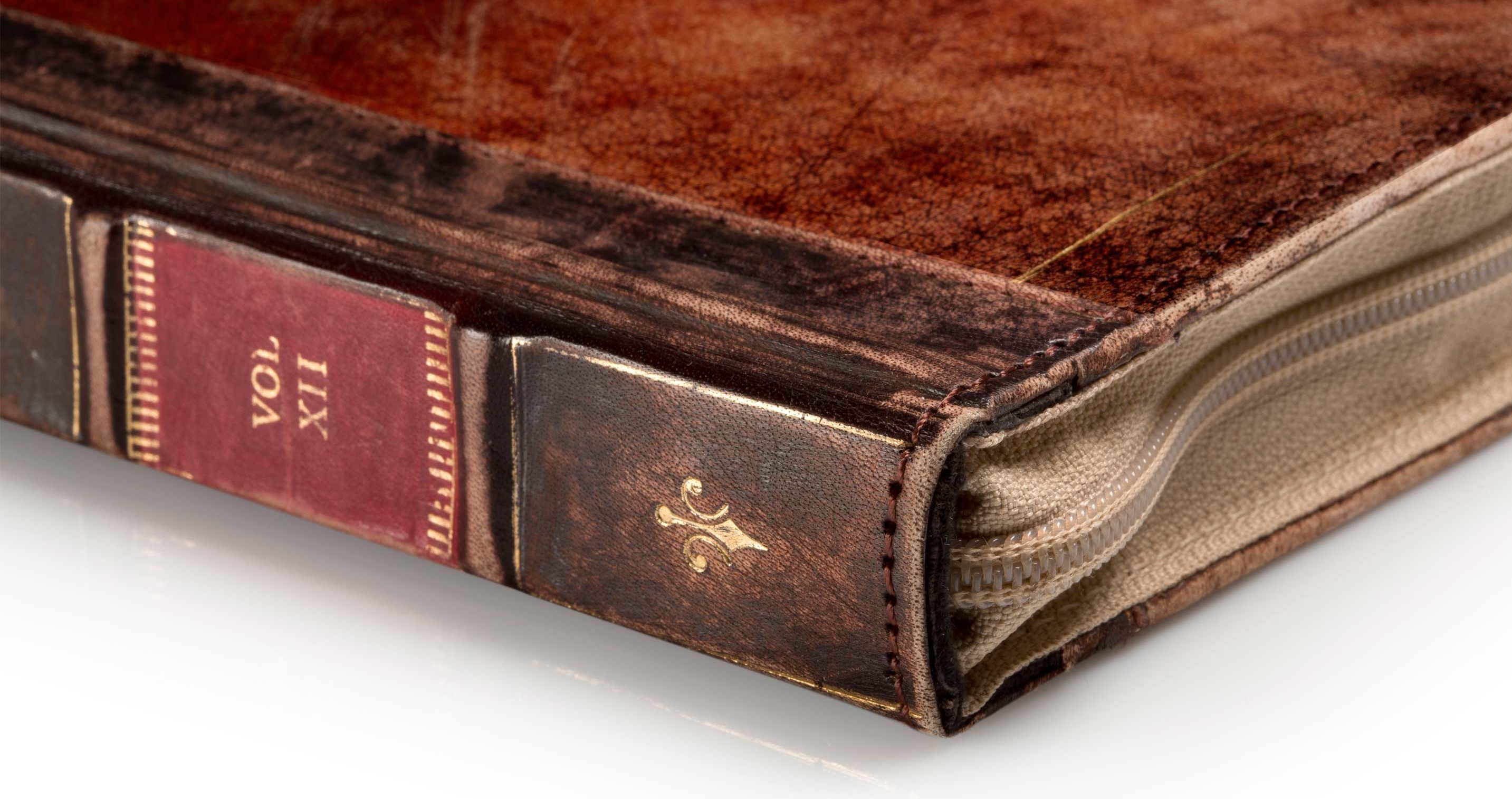 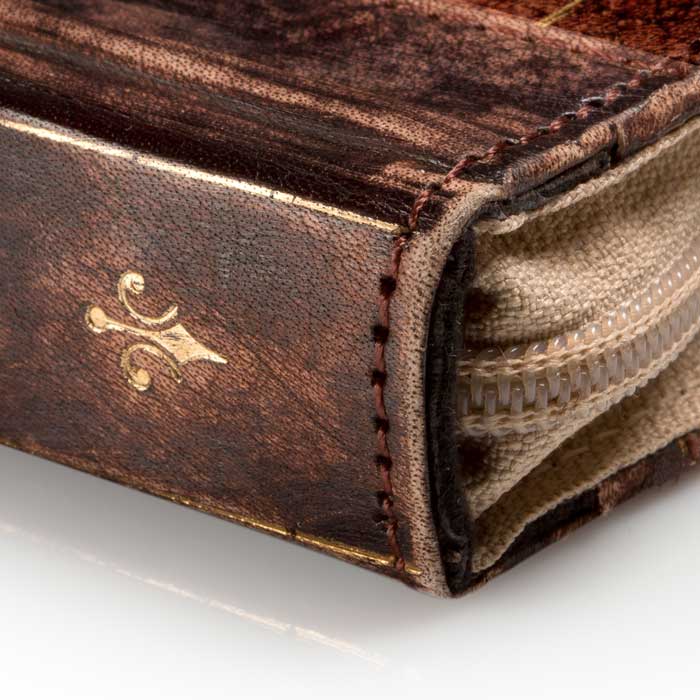 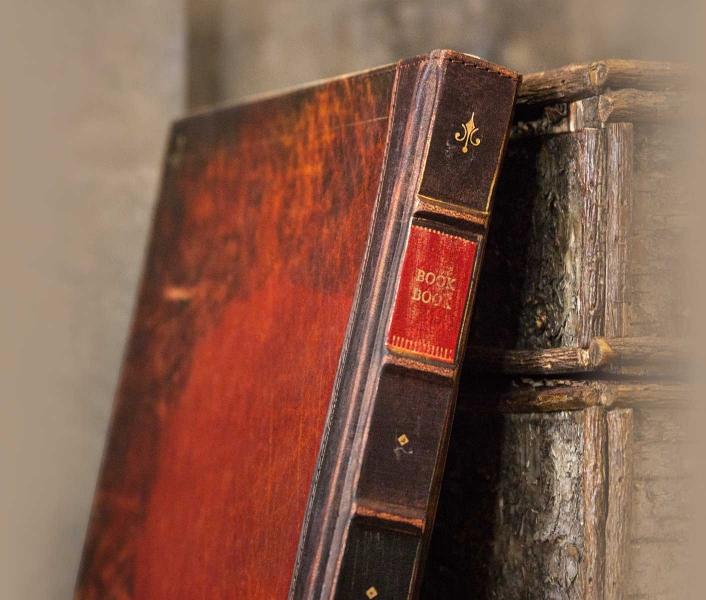 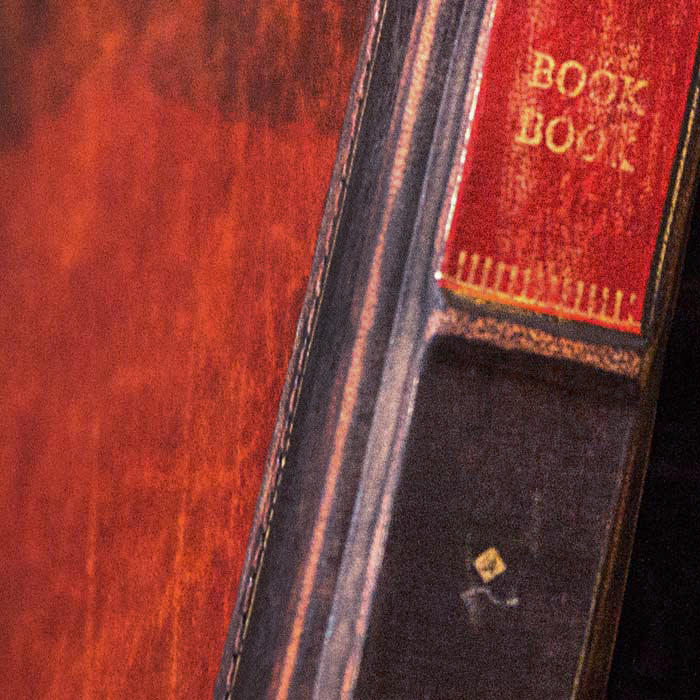 It just looks gorgeous, those deep sepia tones of a vintage film strip and the shades of a sunburst guitar.

Here’s a little backgrounder on the new color layering technique:

Each Rutledge is a story in itself.

This innovative process involves applying multiple layers of color, and then carefully removing selected elements by hand to reveal a brilliant tapestry of hues and patterns.

Like a fingerprint, the resulting tones and patterns are completely unique to the natural variations of the leather itself.

Looking for a plain, basic case to blend in?

This case is not for you.

How’s that for attention to detail?

You don’t see that much in the accessory business these days.

Aside from the new processing technique, the Rutledge edition has inherited all of the features that have made the original BookBook so popular. 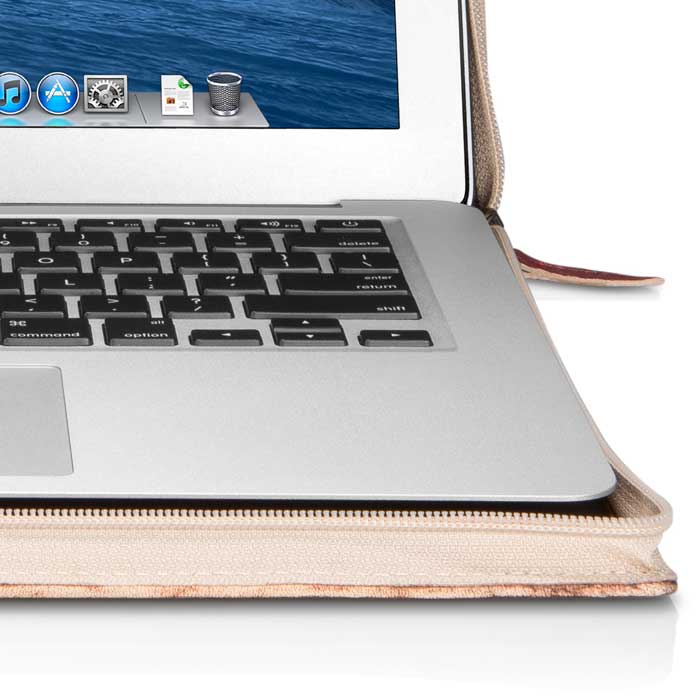 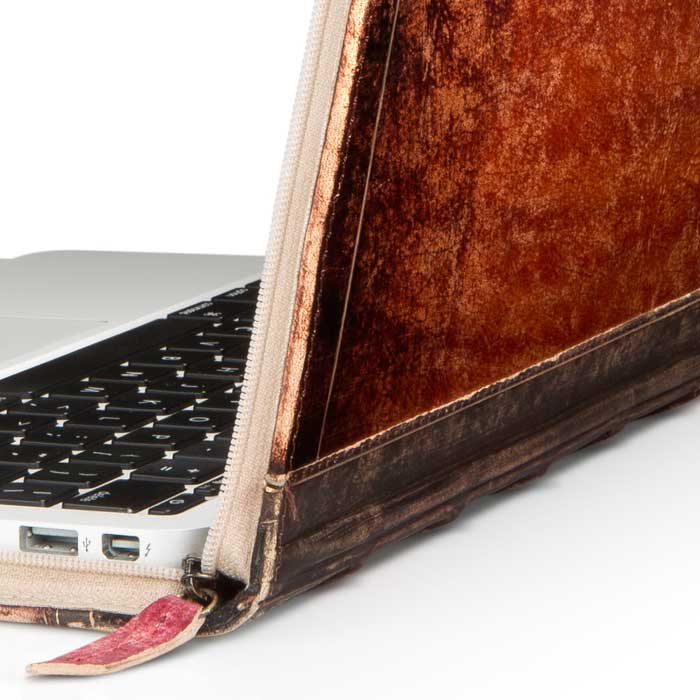 Its unassuming vintage-style look can fool would-be thieves that you’re a bookworm who carries around an ancient tome rather than an expensive Apple notebook.

It’s got hardback covers with reinforced corners for impact protection. Inside, there’s a soft, padded interior with two elastic bands that gently grab the corners of your computer and hold it in place. 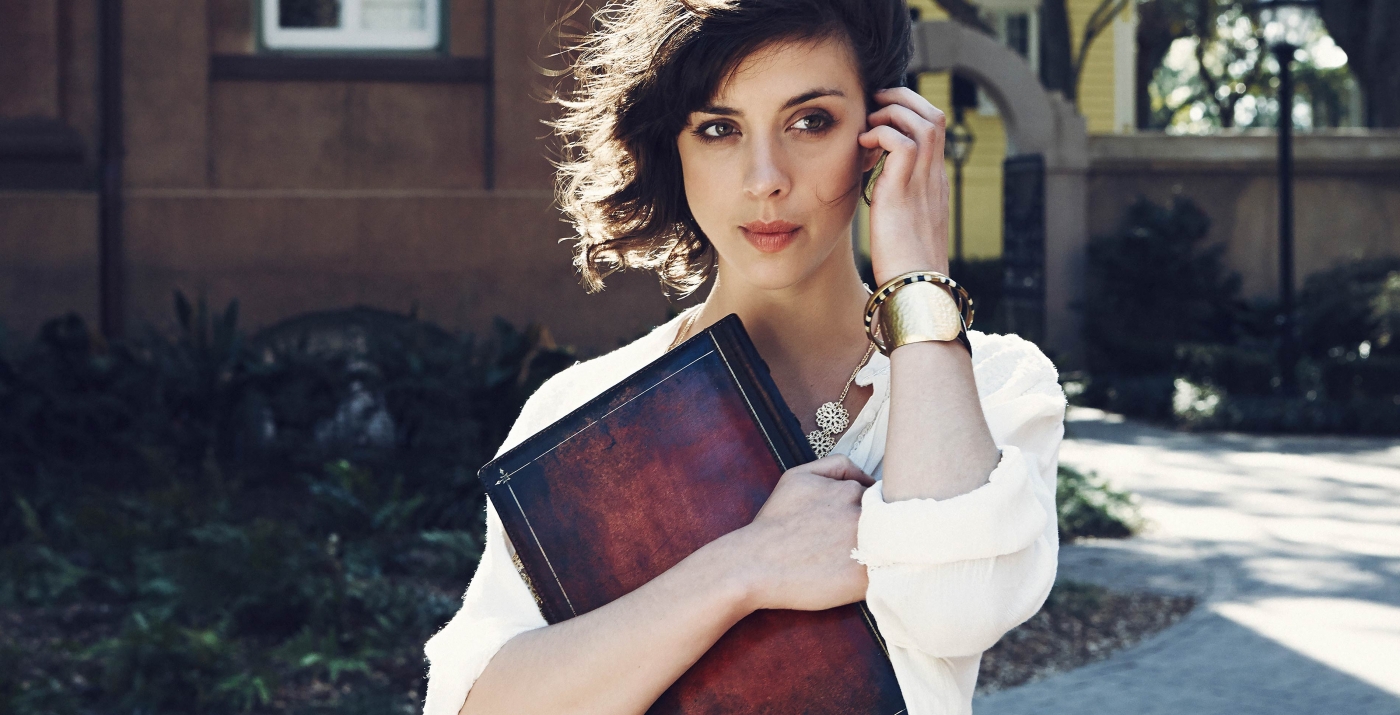 And finally, its dual zippers can be unzipped just enough to connect the charging cord or a headphone cable without having to remove the notebook from the case.

If you like the Rutledge’s vintage look, you definitely need to check out their recently-announced BookBook case for the iPad Air, which I’ll be reviewing soon.

In the meantime, the new Rutledge BookBook case is available now for $99.99 from Twelve South’s web store.