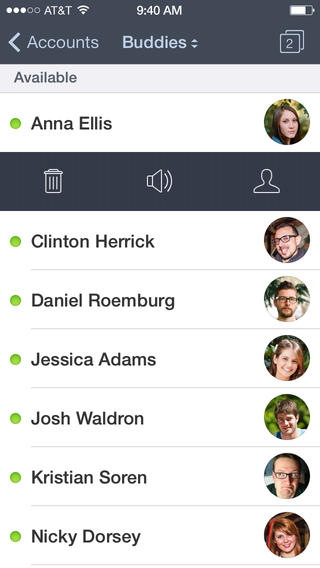 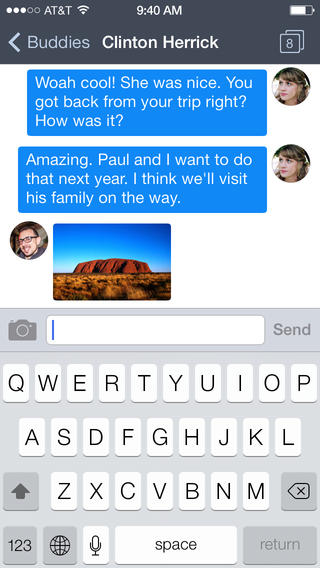 Despite the undeniable usefulness of Apple’s iMessage and the massive popularity of WhatsApp, many people still rely a variety of other messaging services, from the Facebook chat to Gtalk to AIM (who still uses AIM?) to Yahoo Messenger and a variety of emerging and lesser-known services with cryptic names.

Verbs by #include tech was released on the iPhone back in January 2011 and instantly won me over with its gorgeous interface that looks like it was designed by Apple itself.

It supports tons of instant messaging services, has a native iPad UI, delivers notifications for incoming messages and lots more. In todays Verbs 3.0 update, now available in the App Store free to existing users, the app is now iOS 7-ready and improved in ways more than one.

For starters, it now uses iCloud to sync your chat archives across devices in real-time – something Apple’s iMessage still can’t do. Verbs 3.0 integrates with Dropbox for sharing files and photos in chat, supports the Jabber protocol (useful for Hipchat and other Jabber-compliant IM services), while introducing a slew of new notification options.

The full breakdown is right after the break…

Verbs 3.0 includes an all-new Conversations view (depicted below), syncs Chat, File Sharing and Read Later accounts over iCloud. You can now save links for later in Pocket or Safari’s Reading List, mute contacts, indicate your status with shapes, share your Dropbox files in chat sessions (alongside the previous CloudApp and Droplr options) and more.

The server code has been rewritten for speed so the whole experience feels a lot snappier an – thanks to iOS 7 styling – far more elegant and less cumbersome.

As for notifications, Verbs has been able to notify you of incoming messages for quite some time so you never missed a thing when that app wasn’t running. Version 3.0 enhances that with new alert sounds, alerts when certain contacts come online and handy in-app notifications with the status bar flashing when a new message arrives (akin to Tweetbot’s implementation of in-app alerts).

Here’s everything that’s new in Verbs 3.0: 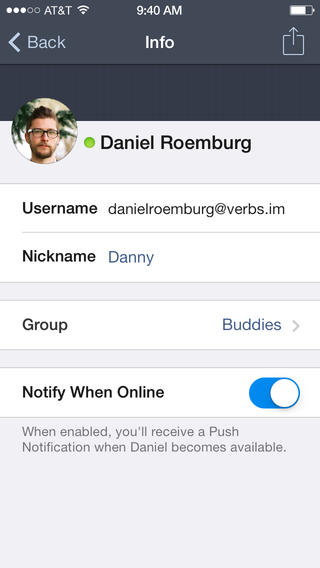 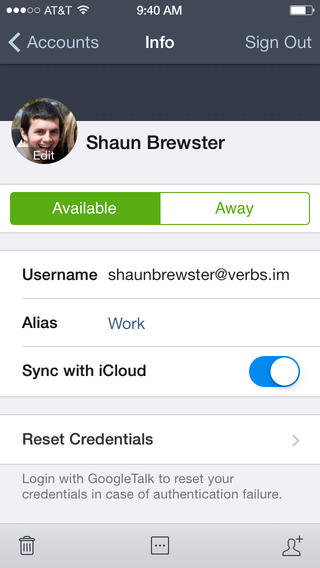 I love how Verbs lets me quickly switch between different chat sessions by using the familiar swipe gesture. Individual chats can be quickly dismissed via the cards interface that reminds us a bit of Safari’s tab view pre-iOS 7.0. 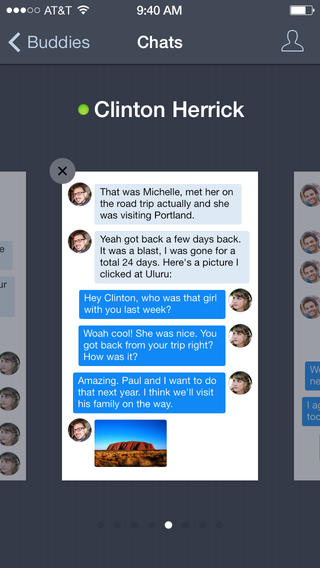 Point your browser to the official Verbs website to learn more or buy Verbs IM 3.0 for $2.99 from the App Store. The app is universal and supported by any iPhone, iPod touch and iPad capable of running iOS 5.0 or later, though you’ll need iOS 7 to enjoy the flat and clean look.