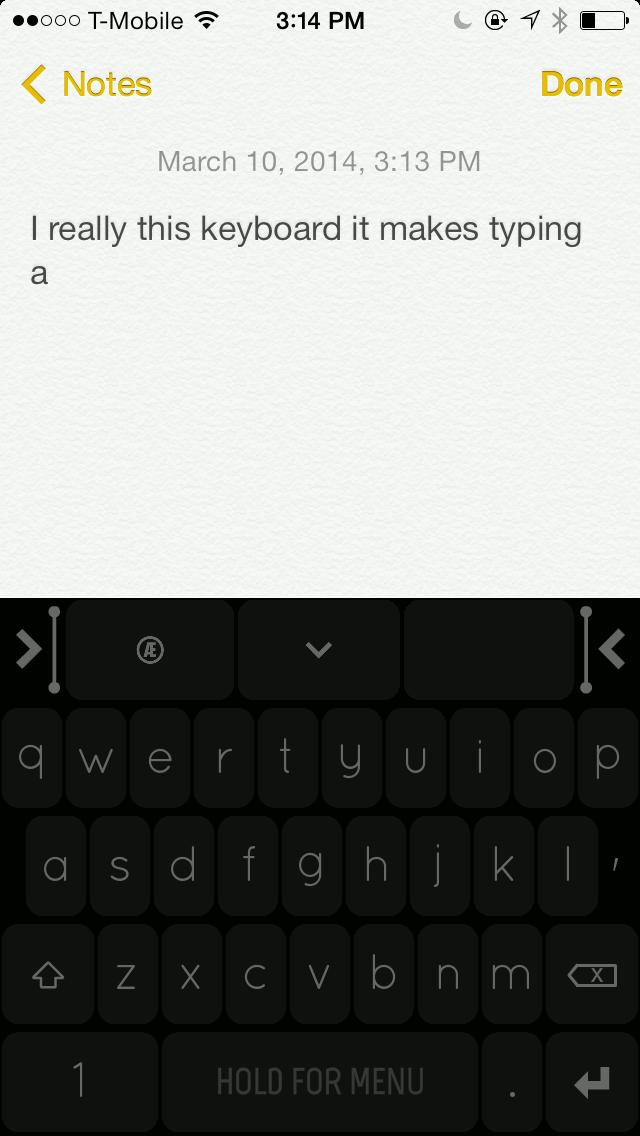 If you’ve been keeping your ear to the street as of late, you’re well aware of the Nintype/Hipjot keyboard tweak that’s currently in development for Cydia. Unlike most Cydia releases, the Hipjot keyboard implementation is being worked on by the developer of the App Store version—Jormy Games—so you can expect a release that’s about as faithful as possible to the developer’s original vision.

Comparable to keyboard technology like Swype, Hipjot adds a keyboard that largely departs from Apple’s stock iOS keyboard. It allows you to use swiping gestures to go from one character to the next in order to build full words, sentences, and paragraphs. The unique text entry method allows its users to type much faster than is possible on a standard iOS keyboard, with some users reaching upwards of 70-90 words per minute without breaking much of a sweat.

I’ve had the chance to go hands-on with the Cydia version of the keyboard, and I can tell you that it makes typing much faster. Being able to use Hipjot with stock iOS apps, and 3rd-party apps makes typing a breeze. Inside we’ve created a preview video of the beta build so that you can see how the keyboard works in action with stock applications.

There is a definite learning curve when it comes to using the swiping motions, because our brains have been programmed to press each key individually ever since we began using keyboards. Instead, the Hipjot keyboard encourages users to swipe from key to key without lifting your thumbs off of the screen. This requires some definite getting used to, but after about 15 minutes I had it down pretty well.

Since this is a beta build, I did run into crashes periodically, and experienced issues with the keyboard disappearing, etc. That should be expected, as the developer has a large job on his hands integrating a third-party keyboard experience with stock iOS. With that in mind, there are situations that you’ll encounter from time to time where the keyboard won’t display, or where you’ll be forced back to the standard iOS keyboard, but it’s all in the name of being a beta tester. 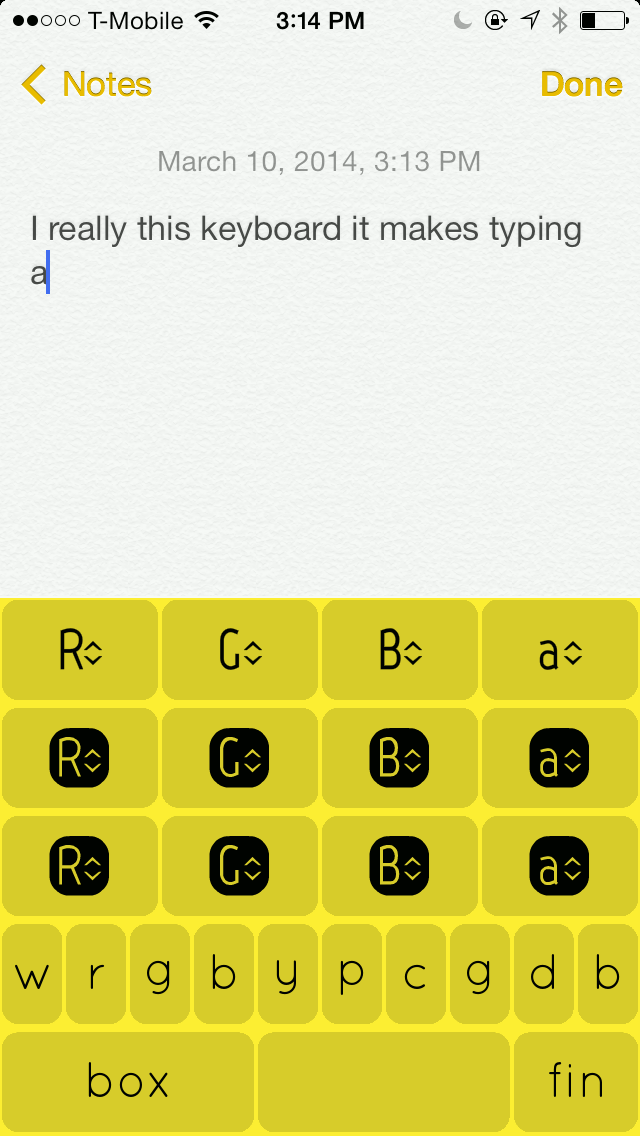 While you won’t find a preference panel for this build inside of the stock Settings app, there are quite a few options that can be accessed from within the keyboard itself. By tapping and holding on the space bar key, you’ll invoke a menu with options to adjust the keyboard spacing, colors, layout, and much, much more. Most of the options are adjusted using the same swipe gestures encouraged on the standard QWERTY board, so it does throw you a mental curveball that can be overcome with a few minutes of playing around with it.

Overall, I was impressed with the general mechanics of the Hipjot keyboard. I had never played with the iOS version of Hipjot or Nintype, but even still, I can definitely see why this sort of input mechanism is so appealing to users.

If you’re jailbroken and you want to try the tweak for yourself, add the following repo to your Cydia sources:

Once you add the repo, download the package called “nin” to get started.

Be sure to watch the video walkthrough above for a look as to how the Hipjot keyboard will work with stock iOS apps. Be sure to share your thoughts down below in the comment section.