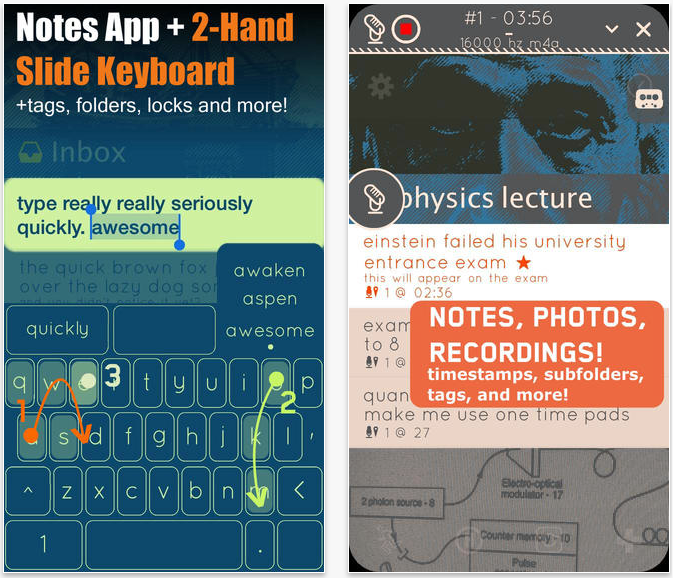 Earlier this month, we told you about a note-taking app called Hipjot that featured a Swype-style keyboard. The app was ok, but the keyboard garnered considerable attention, with many commenting that they wished they could make it their default in iOS.

Well we have some good news this evening. The developer of Hipjot, Yose Widjaja, is working on turning his keyboard into a jailbreak tweak so that it can be used natively. Speaking in a Reddit thread, Widjaja says he’s made getting into Cydia a top priority…

Here’s his initial post to ‘It would be great having this keyboard become native’ in r/jailbreak:

I’ve got a lot of questions related to jailbreak though — like will that make Apple think I stole their sweetroll, i.e put me on a bad standing with them? I would love for this keyboard to be adopted anywhere it’s possible though. The app is probably a limiting factor, because it’s quite cryptic. I use it everyday but I guess people will probably still find them confusing.

Anyways, help on moving this to cydia would be appreciated, as I look into it.”

As the thread went on, Widjaja asked a number of questions and responded to several comments, and the outcome seems to be that he’s decided to make a go at turning his Hipjot keyboard into a jailbreak tweak. But other than that, few details are known.

For those who missed it, here’s a video of the keyboard in action:

Now we’ve seen something like this before, called TouchPal, which integrated a Swipe-esque keyboard into iOS. However, if I recall correctly, it didn’t work that well as a full-on keyboard replacement. This keyboard lets you type and use gestures with both hands.

So when will the Hipjot tweak be available? First of all, we’re not sure exactly what it’s going to be called, but the developer says that it shouldn’t take him more than one or two weeks (he says that’s him being conservative). And we absolutely cannot wait to try it out.

What do you think about all of this? Would you use such a tweak?