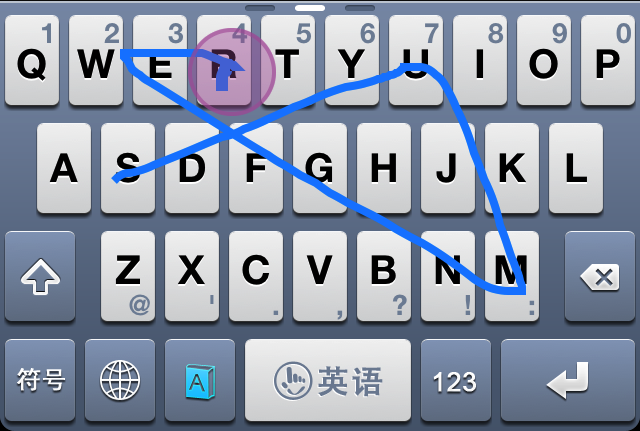 TouchPal is a very under the radar jailbreak tweak that allows users to replace their stock iOS keyboards to a new Swype inspired keyboard that’s downloadable from the App Store. I know that probably sounds a bit odd, so let me explain a bit.

TouchPal is actually two different things. First, it’s a legitimate App Store app that can be downloaded by anyone, whether or not they are on a jailbroken device or not. The standalone app was created as a multi-language keyboard that allows you to have accurate predictive text by means of standard taps on keys, or swipe gestures, which are inspired by Swype.

Unfortunately, by itself, you can only use TouchPal as a standalone app, and then copy that text to other applications, or take advantage of an app’s built in URL scheme for inter-app communication. The good news is, that there’s a second part to this puzzle piece, and it comes in the form of a jailbreak tweak that’s adorned by the same name — TouchPal. This jailbreak tweak allows you to incorporate the keyboards featured in the standalone app, right into stock iOS. This means that you can use the TouchPal keyboard within normal apps like Notes, Mail, Safari, and any other app that you use on your iPhone.

Needless to say, TouchPal is really neat. Take a look inside as I demonstrate how it works in our full video walkthrough. 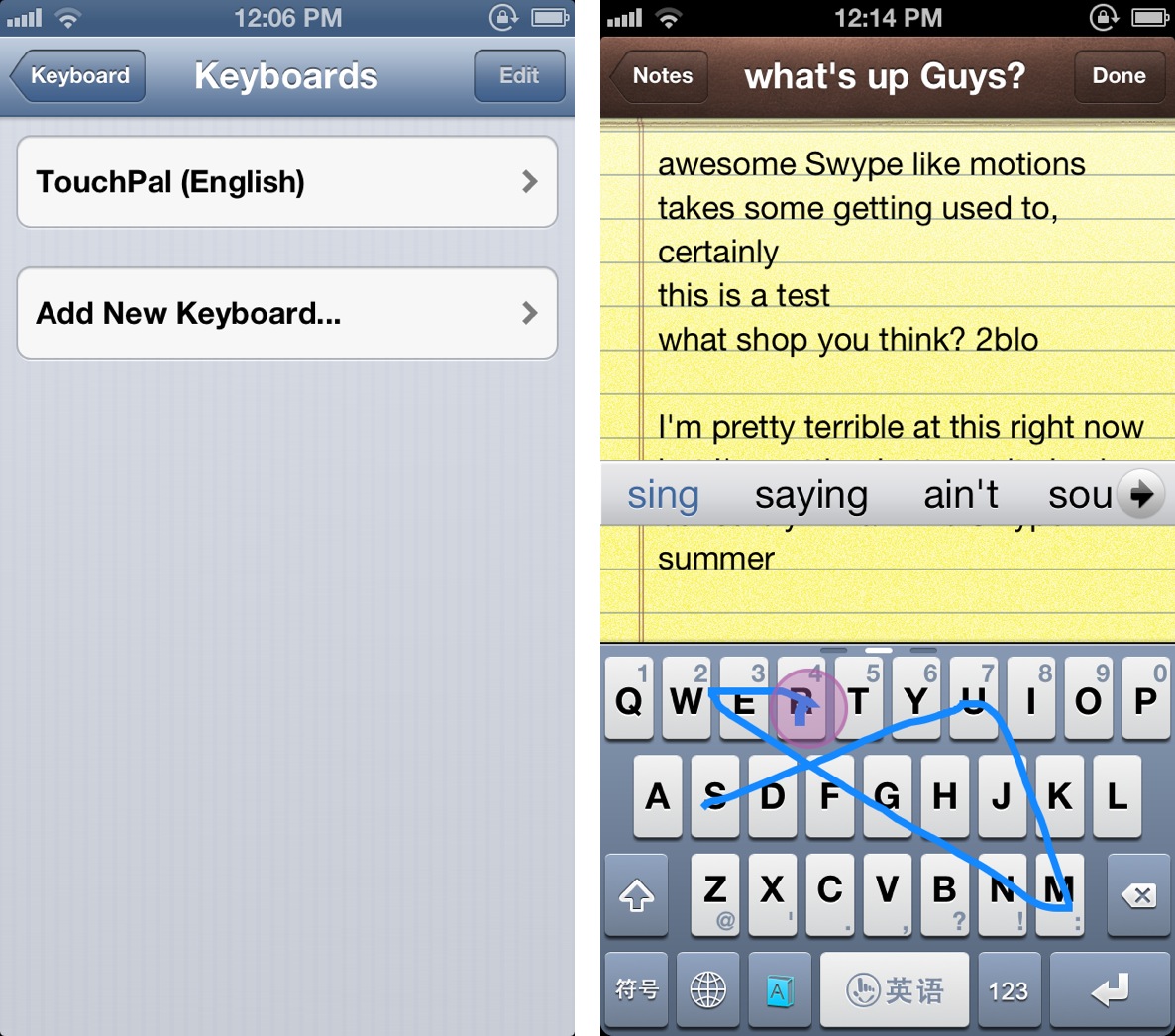 After your keyboard is selected, head over to any app that allows for keyboard input, such as notes, and start exploring. Swype gestures should be enabled by default,but just in case they are not, you can enable or disable them by means of the little ‘A’ button to the left of your spacebar.

There are other facets to TouchPal Keyboard that you can explore, but I found that the standard Swype input is the best reason for choosing to use TouchPal. Watch our video demonstration above to see how to swipe to different keyboards within the TouchPal keyboard.

The TouchPal Keyboard app can be downloaded from the App Store for free. The jailbreak tweak, which goes by the name of TouchPal Input Method, can be downloaded free of charge from Cydia’s BigBoss repo. You may have some problems finding the TouchPal Input Method tweak, because it is prefixed with Chinese characters. Just submit a search for TouchPal, and you should be able to find it with little to no issue. 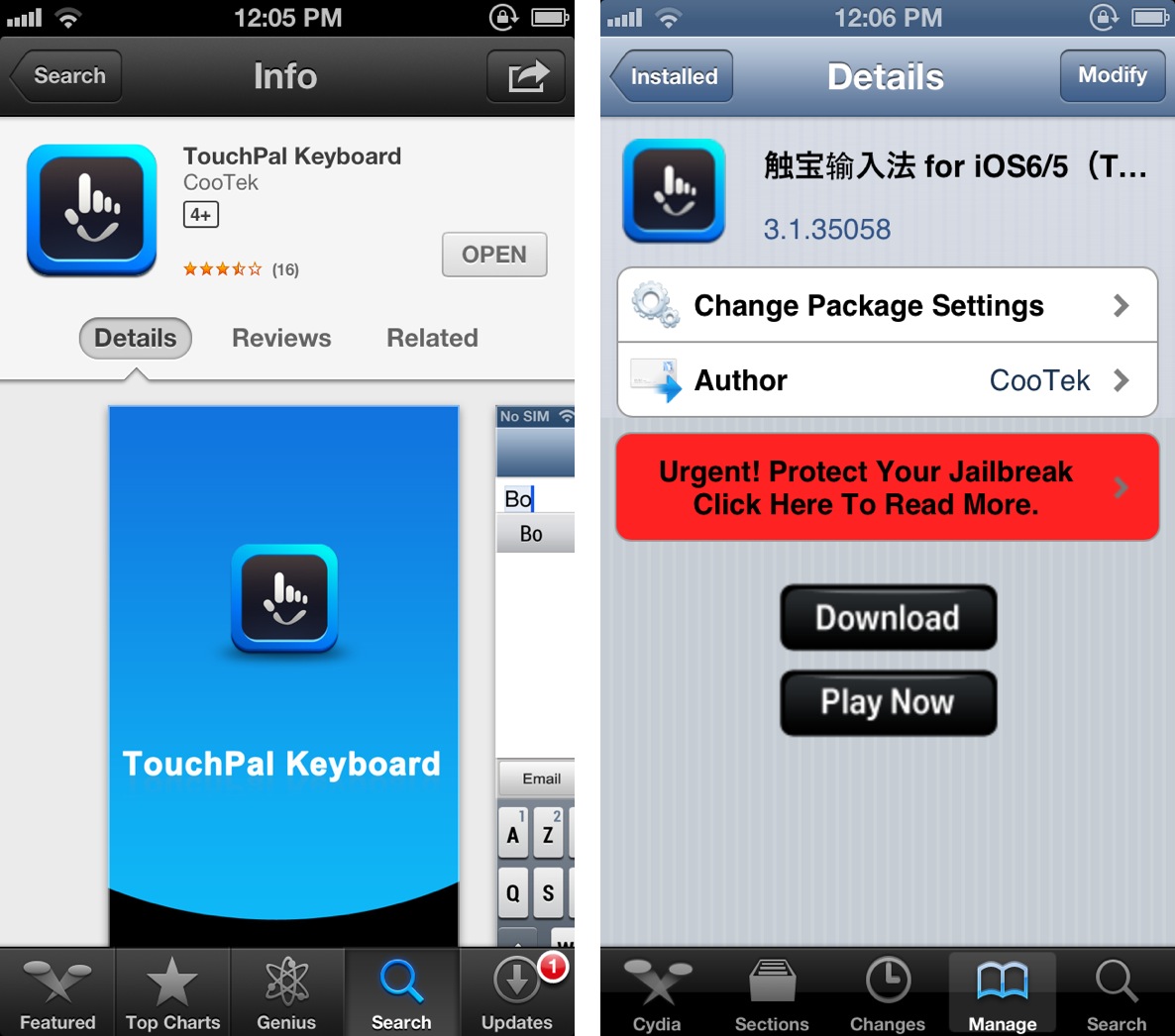 What do you think about using TouchPal Keyboard as a keyboard replacement for the iPhone? Do you like the idea of having Swype inspired swiping gestures, or do you prefer to stick with more traditional means of input? Let me know in the comments section below. By the way, seeing that this app is iPhone only, the jailbreak tweak only works on iPhone.

Extra special thanks goes out to Ben Hamilton for emailing us this awesome tip.

Note: TouchPal doesn’t work with SwipeSelection. You’re going to have to use one or the other.