T-Mobile announced this weekend that it would be making some changes to its existing Simple Choice plans. All of the plan options will now include more data and unlimited international texting from the US, in addition to unlimited domestic talk, text and data.

Simple Choice plans still start with one line at $50 per month for unlimited data, talk and text on the T-Mobile network.  You only have to decide how much high speed 4G LTE data you want.  And now on the core plan, you’ll get a full 1GB of 4G LTE data and tethering – double the previous amounts.  Additional lines continue to be $30 for the second line and $10 for up to three additional lines for unlimited data talk and text, and now 1GB of 4G LTE data.

Note that the final tier—the one that includes unlimited 4G LTE data—is actually going up in price from an extra $20 per month to an extra $30. The good news is that customers who have the current unlimited LTE plan for an extra $20 will be grandfathered in. 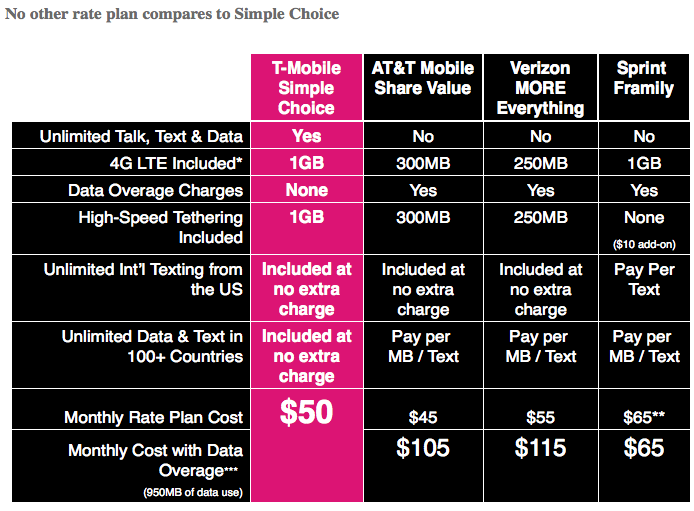