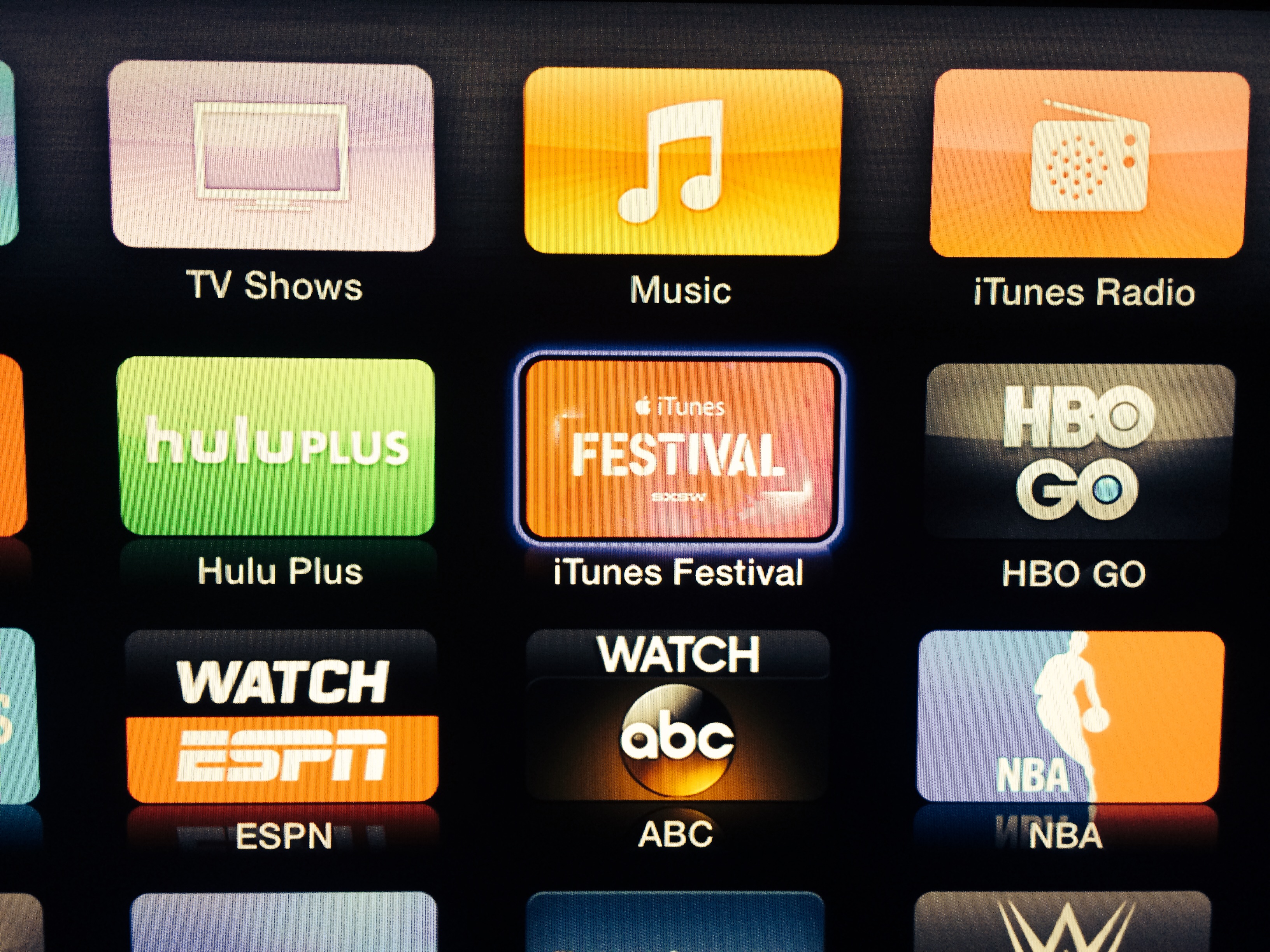 Following the release of an updated iTunes Festival app for iOS on Thursday, Apple has rolled out a new TV channel for its Apple TV. For us, the icon is showing up in the second row of icons, right in the middle, so it’s almost impossible to miss.

Clicking on the icon takes you to the Festival channel, where you can get the low-down on all of the major acts that are going to be playing at Apple’s SXSW event this week. You can also view their concert dates and listen to samples of their music…

Additionally, Apple says you’ll be able to stream all of the performances live to your Apple TV via the iTunes Festival channel, and they’ll be available afterwards for you watch on demand. Obviously this goes for iOS devices and desktops as well. 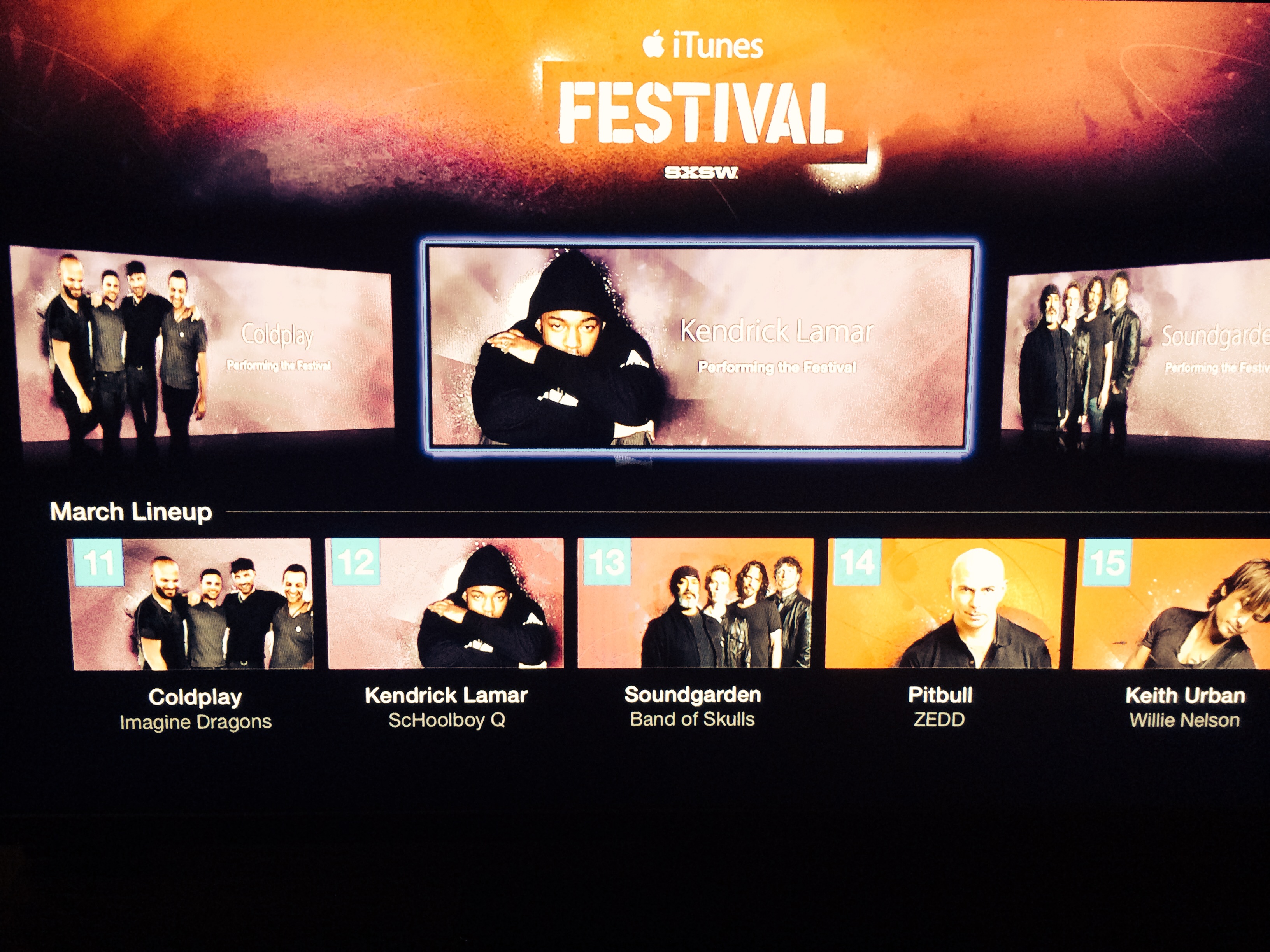 Apple has been hosting the iTunes Festival annually since 2007. This is the first time it’s broken the yearly cycle, and also the first time that it’s held the event in the United States. The concert runs from March 11-15, at Moody’s in Austin, TX.

A number of the acts that will be performing at the Festival have already been announced including Kendrick Lamar, Soundgarden, Coldplay and ZEDD. In the new Apple TV app, Apple lists ScHoolboy Q, Band of Skulls and Willie Nelson as well.