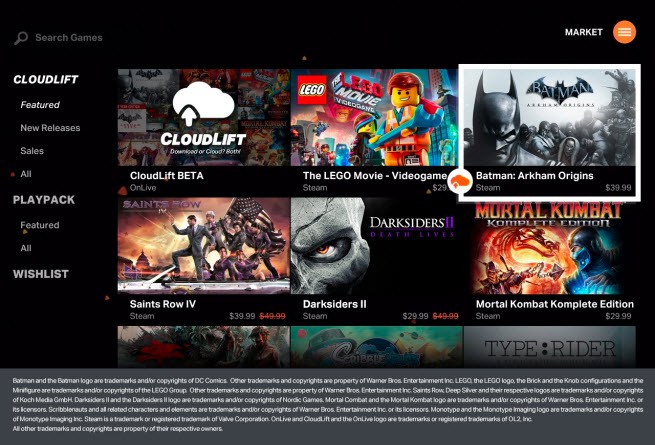 Once flying high on its $1.8 billion valuation, OnLive eventually crashed and burned, having sold out to Lauder Partners in 2012 for just $4.8 million – despite the true value of its patents estimated at the time in the range of hundreds of millions of dollars. For those unfamiliar with OnLive, it’s a cloud-based service that streams games over the Internet.

Launched in 2009, it offloads code execution from a local device onto the OnLive cloud, where powerful computers render action based on your input, encode individual frames into a video stream which then gets delivered back to a thin client running on your end.

By virtue of the Internet itself, this allows for more or less smooth gameplay. As games actually run on servers, you don’t need to own a ninja PC or install anything – the service automatically applies game patches, add-ons and updates, with the company upgrading its cloud when games push the performance envelope. As a result, you can play latest cutting-edge games on some rather pedestrian hardware.

On the downside, players complained about video artifacts and a slight but noticeable delay, dependent on a number of factors like your geographical location, server load, your Internet connection speed and so forth. After hiring former IGN boss Mark Jung as executive chairman, OnLive has now unveiled a new subscription-based game service, dubbed CloudLift…

VentureBeat‘s Dean Takahashi sat down with OnLive’s newly appointed Executive Chairman, IGN’s Mark Jung, who said the firm spent much of the last year repositioning itself and redesigning its services “for a positive business going forward”. 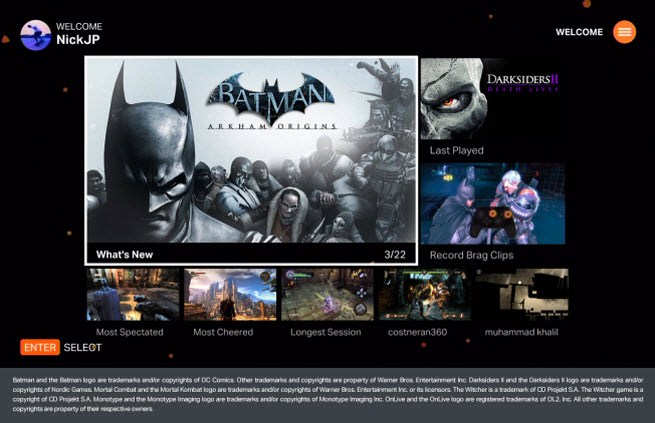 In a nutshell, this will analyze your personal game purchases across Steam and other services and link any matching item to your CloudLift account, ready to be played on any CloudLift-compatible device.

This is heavily dependent on individual agreements with publishers so not all games support the feature, though OnLive states that CloudLift works with “supported games purchased from any digital download retailer”. For what it’s worth, CloudLift will offer its own digital downloads with a guaranteed 7-day free trial.

According to Jung, “dozens more are planned, including highly rated titles such as Europa Universalis IV, F1 2013, the official game of the 2013 FIA Formula One World Championship” and more.

The CloudLift interface is pictured top of post and below. 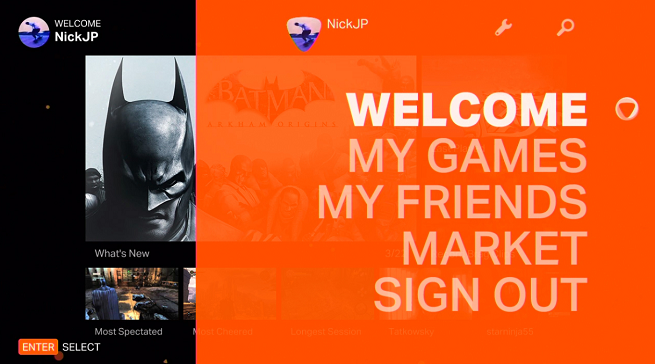 The buy-once-play-anywhere promise comes with an important caveat…

Like the original OnLive service, CloudLift delivers gameplay in 720p resolution at 60 frames per second, provided you have an Internet connection of at least two megabits per second. That should be enough for casual gamers, but I doubt CloudLift will take off with fans of 1080p (or even 4K) gaming who’ve made a considerable investment in latest graphics cards and computers.

To make the experience as smooth as possible, the company has bought “thousands of new servers” over the past year and installed the latest CPUs and GPUs in its data centers in Chicago, Seattle, Virginia, San Francisco, Dallas and Luxembourg.

CloudLift is currently available on Mac and Windows PCs and Android devices.

Plans exist to bring CloudLift to iOS, but Jung wouldn’t commit to a timeframe.

“iOS is a big platform. We’re not sitting here ignoring it,” he told Pocket-lint. “It’s the same thing with Surface. We want to be platform agnostic. We continue to grow and we’ll focus on growing across all of those.”

OnLive can also stream applications such as Microsoft Office.

Unfortunately, the official OnLive iPad client (shown off in the above video) got stuck in the Apple approval limbo forever and was never released in the App Store.

Have you tried OnLive yet and if so, what did you think of it?

As a longtime OnLive user, I can vividly recall how impressed I was realizing OnLive would let me enjoy the latest and greatest PC games on my modest Mac configuration, thanks to the power of the cloud.