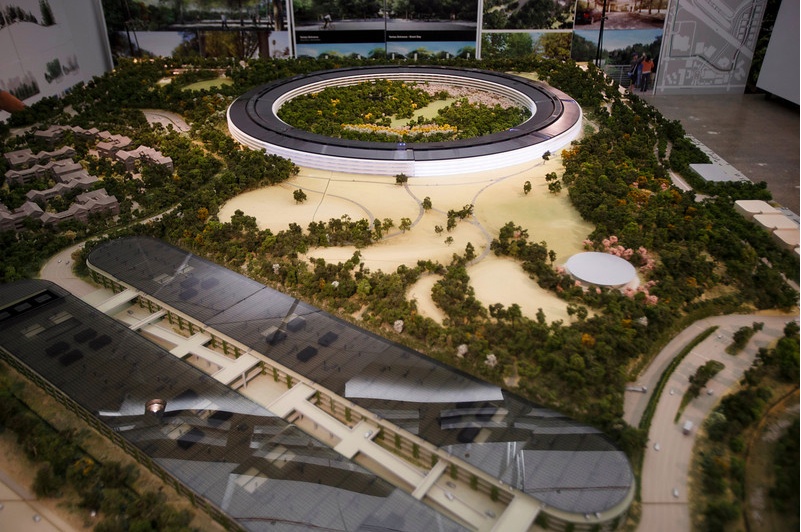 Apple has just finished demolishing the Campus 2 site after receiving an unanimous approval for the project from the Cupertino City Council last November. When construction completes in 2016, a whopping 12,000 Apple employees will move into their new 2.8 million square foot, ring-shaped home.

But how exactly was the massive glass and metal structure conceived, what was Steve Jobs involvement in the planning process and what influenced the four-story building’s unique design which earned it the nickname of ‘iSpaceship’?

Renowned architect Norman Foster, the chairman of Foster + Partners, led the project and talked all of the above, and then some more, in an interesting interview with Architectural Record, here are the highlights…

The iSpaceship facility is located at the former Hewlett-Packard site.

Over the past month, Apple pretty much demolished all of the buildings that were there. According to Foster, the new Apple construction will cover thirteen percent of the site. By comparison, the two dozen former HP buildings, in total, “covered much more” due to their inefficient design. 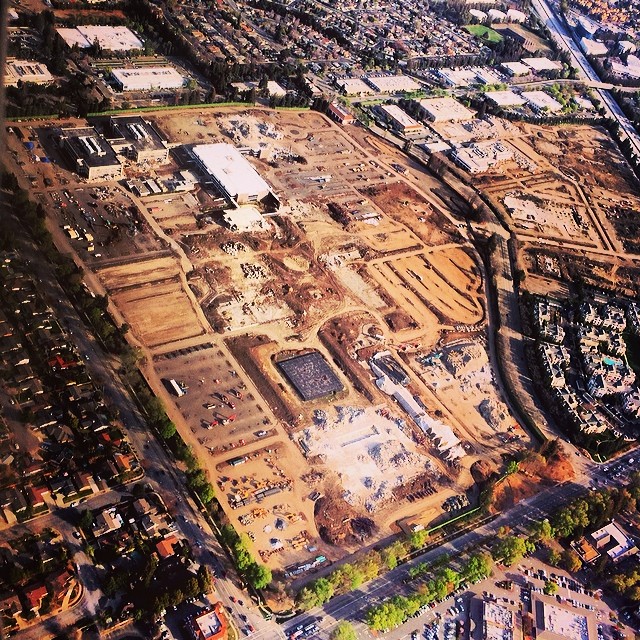 An aerial view of the site’s demolition.

Asked about how the iSpaceship’s ring form was conceived, Foster responded:

It’s interesting how it evolved. First of all, there was a smaller site. Then, as the project developed, and the Hewlett-Packard site became available, the scale of the project changed.

Meanwhile, the reference point for Steve [Jobs] was always the large space on the Stanford campus—the Main Quad—which Steve knew intimately. Also, he would reminisce about the time when he was young, and California was still the fruit bowl of the United States. It was still orchards.

They started out by creating high density by building around the perimeter of a site akin to the squares of London. Early studies involved a series of organic segments which formed enclosures, “all of which were in turn related to the scale of the Stanford campus”.

These studies finally morphed into a circular building that would enclose the private space in the middle—essentially a park that would replicate the original California landscape, and parts of it would also recapture the orchards of the past. The car would visually be banished, and tarmac would be replaced by greenery, and car parks by jogging and bicycle trails.

Despite its size – the building spans more than a mile around – Campus 2 is compact much like an airport. The facility is divided into large sections containing cafes, lobbies and its own entrances.

Of course, you have got an enormous range of skills in this building—from software programmers, from designers, marketing, retail—but you can move vertically in the building as well as horizontally. The proximity, the adjacencies are very, very carefully considered.

The circular design will allow employees to move around efficiently.

Although they are polar opposites, in terms of functions and their forms, the scale of an airport as an experience is broken down rather like the city itself—you do get contrast, you do get variety. And the same is true in the Apple building.

You do enter a lobby that relates to the spaces in that segment of the circle. There’s easy seating, there’s a café outside, and it’s got its own bicycle park. It has its own connections to the landscape and has certain things that will be close in terms of the inner park—it might be adjacent to a pool, for example.

Apart from the main building which will become a new home to 12,000 Apple employees, the site also includes a fitness/wellness center, a massive underground parking lot and an underground auditorium with a flying saucer-like glass roof above the ground, pictured below.

Apple will use the auditorium to host its product launches, corporate events and internal meetings with staff. Summing up, the size of the iSpaceship building compares to a typical university with about seventeen buildings. Despite its size, the structure will occupy the site much more tightly than what was there.

As MacRumors pointed out, Foster was behind some of the world’s most iconic construction jobs, such as the massive Hearst Tower in New York and the bean-shaped McLaren Technology Centre that rests on an artificial lake.