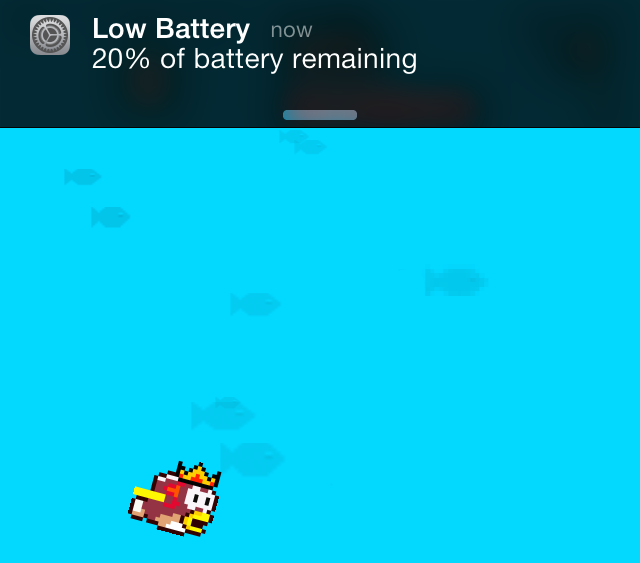 Don’t you just hate it when you’re in the middle of a game or a movie only to be interrupted by the low power notification at 20% and at 10%? Wouldn’t it better if the notification was a bit less intrusive? That’s the premise behind PowerBanners, a new jailbreak tweak available for free on Cydia’s BigBoss repo.

For those of you who have been around for a while, there’s another jailbreak tweak called LowPowerBanner that brings similar functionality to iOS. Sadly, as is the case with many tweaks for iOS 6 and below, it was never updated for iOS 7. PowerBanners was created from the ground up with iOS 7 in mind, and it works on arm64 devices like the iPhone 5s as well.

We’ve taken some time to test out PowerBanners and we can report that it works as advertised. Want to know just how well it works? Check inside to watch our hands-on walkthrough. 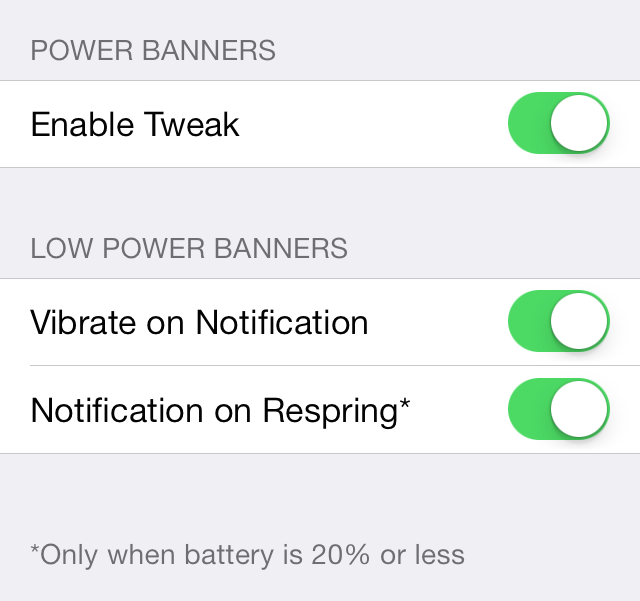 Once your device dips below 21% battery life, you’ll be greeted with a non-intrusive banner notification alerting you on your battery status. Because the notification is in the form of a banner, and not an alert, your game or movie will continue to play as normal with no interruption.

If you ask me, low power alerts should have never been these ridiculously intrusive alerts to begin with, but it is what it is. If you’re looking for a way to stop the annoying low power alerts and you’re running iOS 7, then this is the jailbreak tweak that you need.

What do you think about PowerBanners? Sound off in the comments section below.