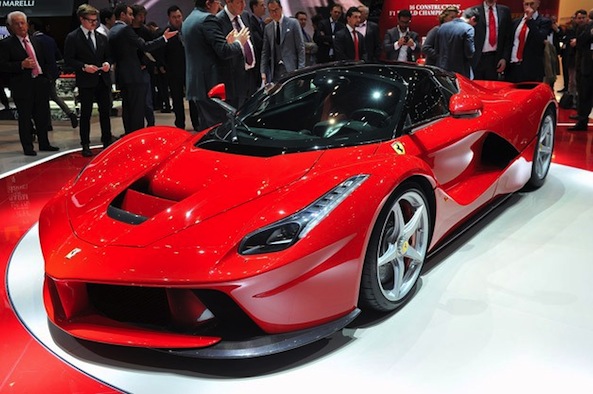 Nearly a year after its introduction, it looks like Apple is finally ready to launch iOS in the Car. The Financial Times is reporting that the company plans to introduce the new feature next week with 3 major launch partners: Ferrari, Mercedes-Benz and Volvo.

Oddly enough, the Times doesn’t mention the project by name, but says that drivers will be able to use Apple’s ‘in-car operating system’ to use Apple Maps, watch movies, listen to music, make phone calls and send messages using the vehicle’s in-dash display…

Here’s more from The Financial Times:

First the mobile phone, now the car. Having revolutionised personal communication Apple now wants to change the way we drive. The technology group will next week launch its first in-car operating system with Ferrari, Mercedes-Benz and Volvo as it attempts to take the lead in a fierce race to dominate tomorrow’s smart cars. […]

The deal marks the first time that Apple is embedding its software in devices other than its own branded products. The choice of the Ferrari, Volvo and Mercedes-Benz is seen to be in keeping with the US tech group’s high-end phones.”

The outlet goes on to say that the official announcement of the launch will be made at next week’s Geneva Motor Show. And a number of other manufacturers are expected to incorporate iOS in the Car into their 2014 models including Audi, Honda, Acura and BMW.

Last fall, Tim Cook called iOS in the Car “an important part of Apple’s ecosystem,” and the company continues to show interest in the automobile space. SVP Eddy Cue sits on Ferrari’s board, and Tim Cook reportedly met with Tesla last year to discuss a possible buyout.

In March of 2013, Bloomberg reported that Ferrari would be broadening its relationship with Apple.