The United States wireless carrier AT&T has lit up its fourth-generation Long-Term Evolution (LTE) network in twelve new municipalities around the country. The expansion brings AT&T’s LTE to an additional 300,000 people, including the 65,000 residents of Bismark, North Dakota.

With this expansion, nearly 280 million people are covered by AT&T’s LTE network in more than 500 U.S. markets. More than half of the carrier’s postpaid smartphone customers now use a 4G LTE device. The carrier expects its LTE build out to be “essentially complete” by this summer. The full list of AT&T’s new LTE coverage follows right after the break…

The following markets are getting AT&T’s LTE signal:

As of February 8, 2014, AT&T blanketed 60 million more Americans with LTE signal than T-Mobile. The carrier’s LTE coverage map can be found here. 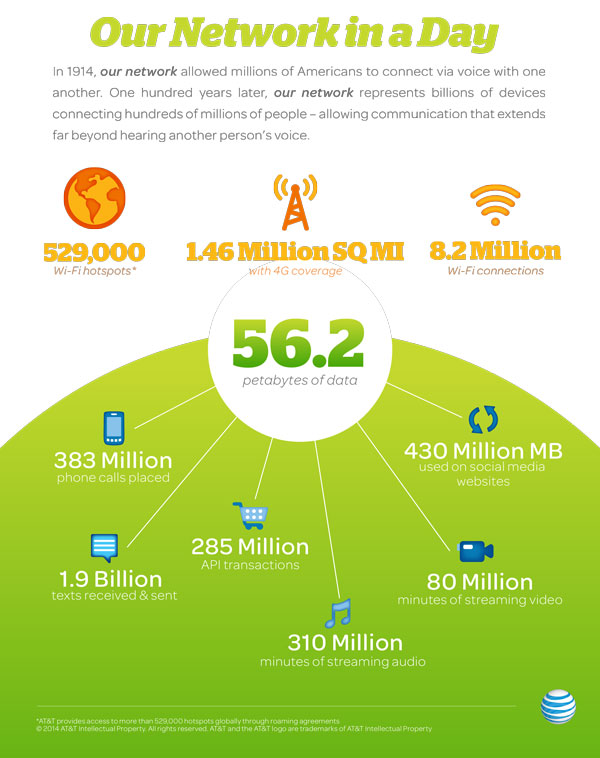 The key benefits of 4G LTE over 3G HSPA include reduced network latency allowing LTE devices to establish a connection with the cellular network much faster and about ten time faster download speeds compared to industry average 3G download speeds.

Are you seeing AT&T’s 4G LTE signal in your area yet?