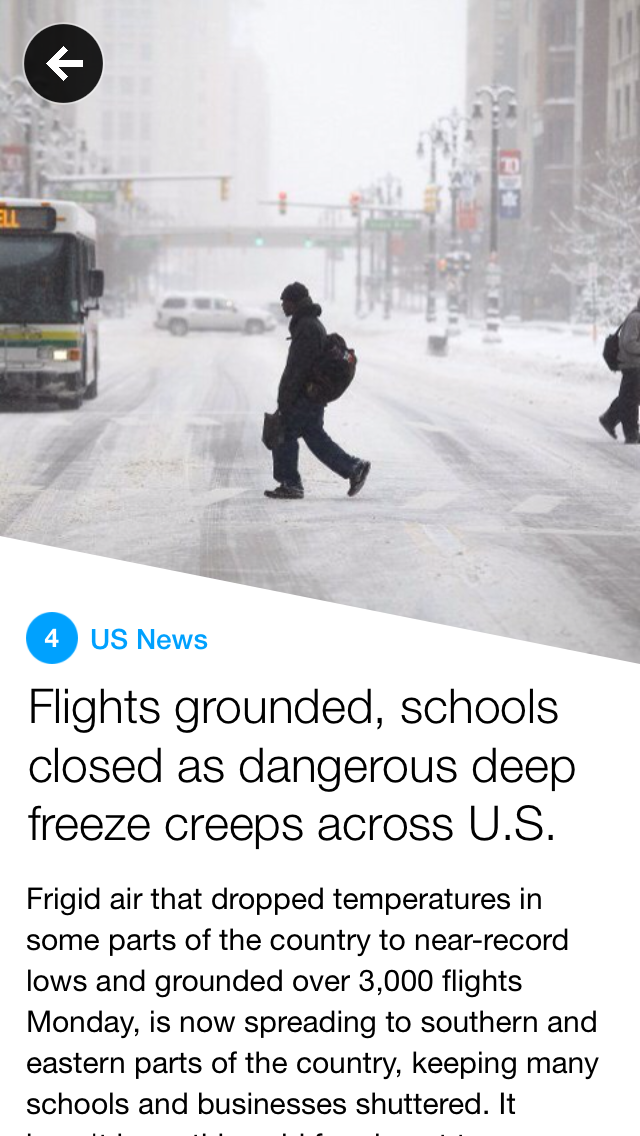 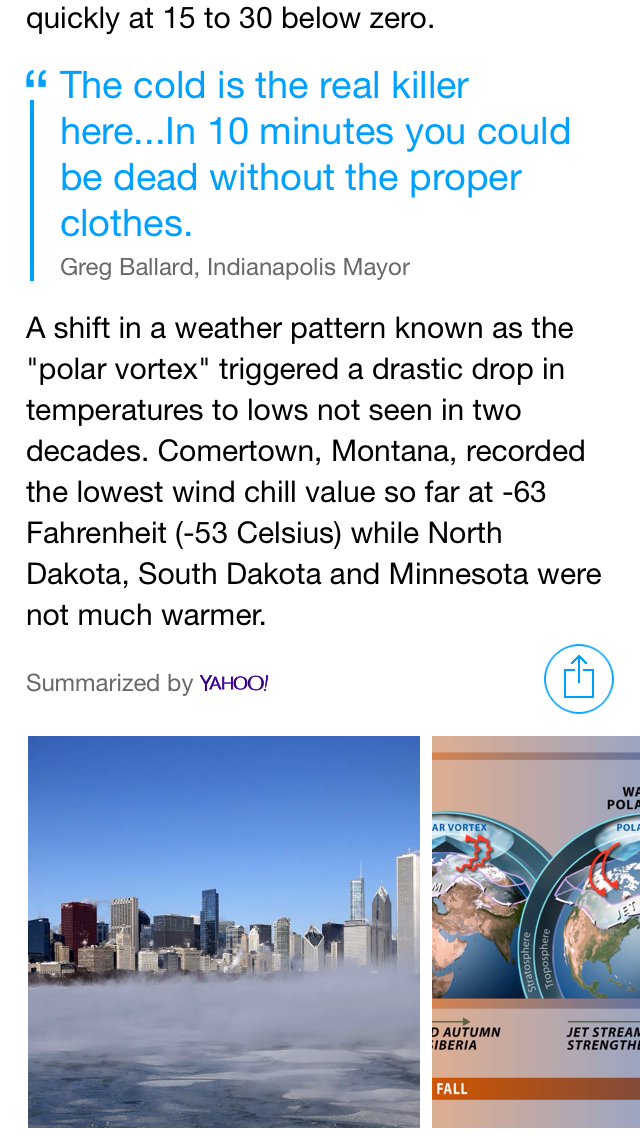 Following its January introduction, Yahoo’s free News Digest app for the iPhone has quickly become part of my daily news routine. There’s just too many news-reading apps out there with lots of longform content and too little time to be able to consume it all on a daily basis. That’s where summarization comes into play. A hot new buzzword, summarization technology in News Digest basically uses improved algorithms from Nick D’Aloisio’s Summly app that Yahoo bought for the reported $30 million.

In its first major update, News Digest version 1.1 brings two new “atoms” (digests of news stories) that cover Yahoo’s popular daily habits, Weather and Statistics. There are a few other features and improvements, listed below the fold…

In addition to UK localization and content and “other bug fixes,” Yahoo News Digest 1.1 brings new ‘Weather’ and ‘Statistics’ atoms, a ‘What You’ve Read’ overview which collates all of the digests you’ve consumed, a handy indicator informing you of digest completion and more. 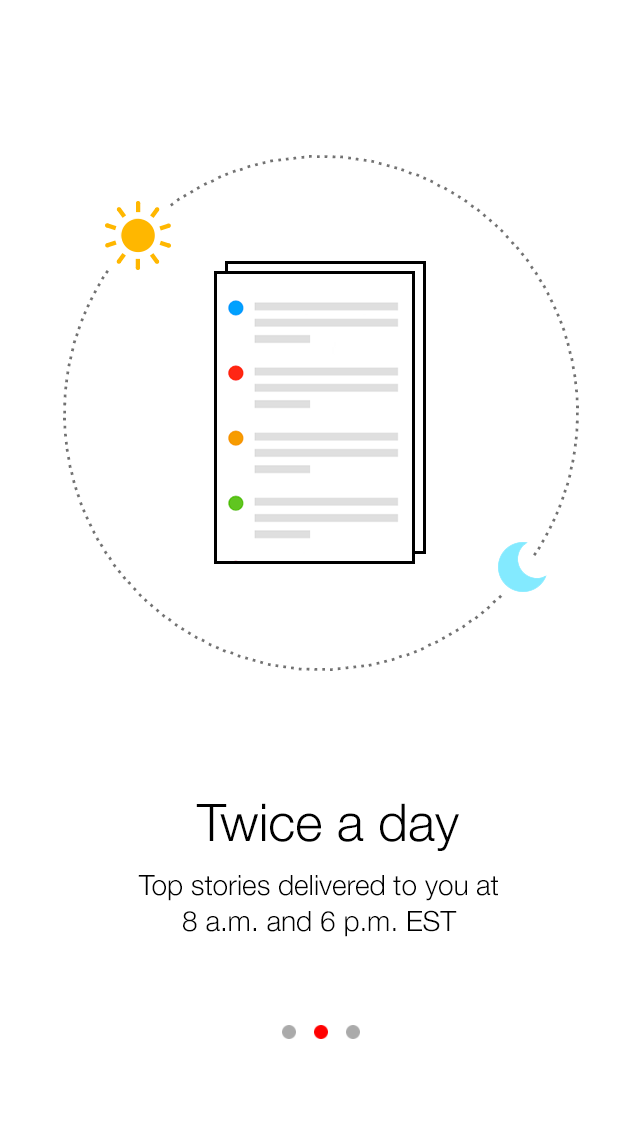 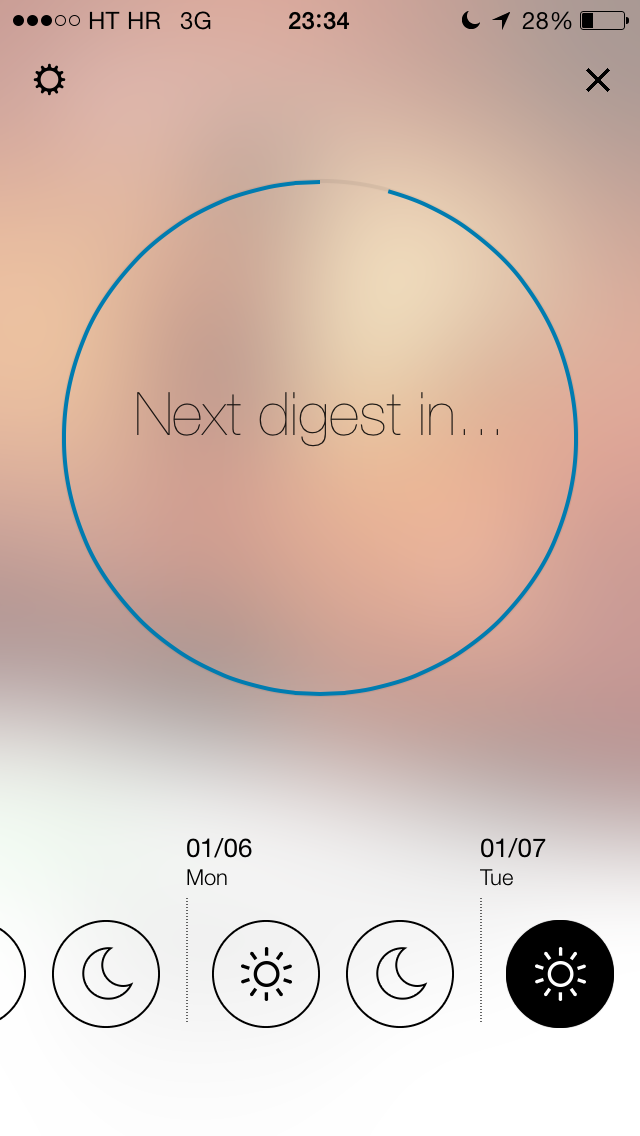 A pair of other changes in this release: a new sharing animation and the ability to share Cover Posters of news digests.

Gist, another summarization app ($1.99 in the App Store), has also received an update today, bringing a bunch of bug fixes, a UI enhancement (articles no longer “bounce” when swiping to the right) and support for 64-bit execution on A7 devices.

You can download Yahoo News digest free in the App Store.

The program is compatible with iOS devices capable of supporting iOS 7.0 or later.