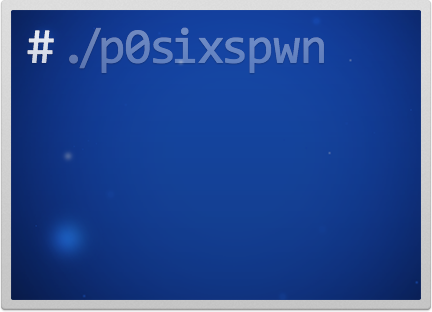 p0sixspwn—the jailbreak tool created by the tandem of iH8sn0w and new Apple employee Winocm—has been updated to support the just-released iOS 6.1.6 for an untethered jailbreak. iOS 6.1.6 was released solely for the iPhone 3GS and the iPod touch 4th generation. The firmware update was pushed out as a part of Apple’s SSL security fix, which also ushered in iOS 7.0.6 for more recent devices.

If you’re currently using an iPhone 3GS or a 4th generation iPod touch running iOS 6.1.x, it’s highly recommended that you update to iOS 6.1.6, and benefit from Apple’s SSL fix. The good news is that you can then use p0sixspwn to enjoy the same untethered jailbreak that was available for iOS 6.1.3 through iOS 6.1.5.

p0sixspwn 1.4 can be found right now on Cydia’s default repo as an installable package. There isn’t currently a standalone tool available for download, so you will have to perform a tethered jailbreak with a tool like RedSn0w, before converting to an untethered jailbreak.

How to untether iOS 6.1.6 on the 3GS or iPod touch 4th generation

Step 1: Perform a tethered jailbreak with RedSn0w or sn0wbreeze
Step 2: Open Cydia, search for p0sixspwn 1.4 and install the package
Step 3: Relish in the satisfaction of your newly converted untethered jailbreak on newly secured firmware

@JeffBenjam probably. But priority is not high.

I’ve reached out to iH8sn0w, and while he says that a standalone version of the updated p0sixspwn is a possibility, it’s not high on the priority list at this time. Regardless of your decision to jailbreak or not, if you’re running iOS 6.1.x firmware, I highly recommend that you update to iOS 6.1.6.

Are you running iOS 6.1.x? If so, let me know what you’ve decided to do down in the comments section.